An alleged Trump supporter was shot dead in Portland late on Saturday as protesters from rival groups clashed in the northwest U.S. city, which has seen frequent demonstrations for months that have at times turned violent.  Sounds of gunfire were heard in the area of Southeast 3rd Avenue and Southwest Alder Street, according to the spokesman’s statement.

Police said in statements that both the death and protest violence occurred in downtown Portland. However, they did not immediately link the shooting death to the protests.

All governments and states use physical violence to achieve their ends. For totalitarian systems of rule the violence is directed at their own people. For democratic systems of rule violence is massive and directed outwards to the hapless people of the third world. No-one has got clean hands in this game.

“Trump has to win the election in November………..”
Isn’t this just playing the game of lesser evils, Tweedledum and Tweedledummer?
Aren’t these people just trained monkeys serving the same organ grinder?
Couldn’t there be some positive outcomes, like new mass parties with a positive programme being formed?
An end to aggressive imperialist foreign policies?

Having read several old books about the Bolshevik Revolution, I have been afraid we are seeing very real signs of this being attempted in the USA.
i have been concerned for quite a long time, and when I saw this article I started watching immediately. Thanks for bringing this prospect to our attention,

Regarding Kenosha, Unrest started Sunday. The major looting and fires were on Monday night. 124 National Guard arrived Monday evening along with additional police from surrounding communities. They were completely overwhelmed and could only protect some government buildings like the courthouse. Police were busy protecting the firemen trying to put out fires. Looters ran wild and set some buildings on fire.. According to a government source,, he told me 200 more National Guard came for Tuesday along with more police from other cities. Also sent were the FBI and federal marshals. Tuesday many business owners stood guard at their businesses… Read more » 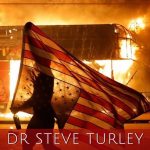 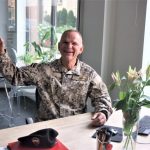