A Persian gold daric is 2,400 years old. Consisting of 8 grams of gold, the daric sells for about $3000 give or take.  2,400 years from now, how much will one 2021 Bitcoin sell for?  Nothing, because just like the Federal Reserve, bitcoin is an appearance of the fourth kind. Meaning just as the Federal Reserve is not federal, bitcoin is not really a coin, it’s a line of code.

Of course 140 years from now the mysterious “Satoshi Nakamoto” may somehow magically manifest to create more coded group transactions seeking solutions. If not, BTC hash solutions will cease to be calculated and recorded.  But that won’t make 2021’s block hash collectible like a gold daric is by 4421. None of us will care, but that’s not the point.

Point is, bitcoin is not gold. Bitcoin has never been gold. Bitcoin can never and will never be gold. Period, full stop. Bitcoin is not legal tender according to the Legal Tender Act, and only a few chartered banks accept it. Bitcoin by definition is not a long-term store of value like the gold daric, and is not a commodity. Unlike gold, bitcoin is volatile and can be worth zero, while gold has never had zero worth throughout thousands of years of history.

Bitcoiners hate fiat but love fiat rewards, so the bitcoin bandwagon is bound to become ever larger and more crowded, dramatically more so than ever.  For now, bitcoin’s meteoric exponential rise in fiat dollar measure means that calculating power to solve BTC equations (it’s not mining) exponentially rises, too.  That means pressure on America’s power infrastructure and rising electric utility costs.

As bitcoin reaches stratospheric new levels, logically local power companies may be tempted to earn profits from bitcoin instead of supplying residences or even commercial customers. So far, that scenario is unrealistic due to traditional business models, governmental regulation, and the volatility of bitcoin and its limitations. But in the current regime, regulation means nothing. And lawsuits versus towns and power companies are already pending in some states as they attempt to power bitcoin.

The higher bitcoin goes the higher the demand for electricity and resultant higher utility costs, despite oversight.  That’s going to seriously hurt a lot of people financially who could care less about FINtech boffins and creating wealth for bitcoin evangelicals, * as well as damage the environment.

The greater threat to bitcoin realizes the role of the United States Treasury. The United States fights wars and kills people to protect King Dollar. So far bitcoin has not challenged US dollar market share. Bitcoin has been convenient for the Treasury to stash inflationary dollars, to defend the dollar, to run dark pools, and even fund black ops and covert activities.  For now.

Trouble appears when bitcoin does challenge the US dollar for supremacy. While BTC market cap exponentially rises at a rapid pace, confrontation with the US Treasury is inevitable. That perceived bitcoin threat to the dollar might highly excite Max Keiser and Stacey — just as Max taunted Jamie Dimon about silver years ago. But the US Treasury is to bitcoin as JP Morgan is to Max Keiser… there can be only one result.

The Messari Report, states that BTC will likely reach a fiat valuation of $100K USD per line of code in 2021, which would capitalize bitcoin well in excess of two-trillion USD on a basis of eighteen million ‘coins’ in existence.  The Treasury will not ignore a two trillion-dollar challenge to US dollar hegemony.

Even so, the Treasury apparently has less problem with the valuation of bitcoin’s resolved distributed ledger** than it does with the shady components that underwrite it, which act like fiat dollars but are not.

But the most striking effect of the sudden and meteoric rise of bitcoin as measured in increasingly worthless US dollars is the resemblance to panic buying.  On presumption that hodlers are a fixed percentage of bitcoin holders in conjunction with lost, corrupted, or seized wallets, the btc buying looks more like a classic pump-before-the-dump scheme, based on insider knowledge.

The federal government has no means of prosecuting anyone for BTC insider trading knowledge activity, because btc blockchain and the shady stable coin USDT are not considered securities… for now. Recently the US Department of Justice ruled that a ‘stablecoin’ (which underlies most BTC transactions) is a security by the US Treasury working group. That’s going to have major implication for tether soon, which faces other legal action in the state of New York by mid-January of 2021.

Another great challenge is China, where the government possesses an excess of dollar reserves, and is more concerned about its environmental future than hosting BTC hash functionality.  China has also policed capital outflow via bitcoin more effectively, causing some China btc hash engine facilities to head for more hospitable climes for engineering capital flight.

Indeed we live in interesting times, and soon the Treasury’s dilemma for bitcoin will become even more interesting.

*Ideally capitalism represents the most efficient use of resources when compared with other economic systems, but there is nothing resourceful about bitcoin.

** Because bitcoin assists the Treasury in sterilization of inflationary capital

Stages of money 1. Metals, 2. Paper, 3. Nothing even tangible outside of lines of figures. I know where my money (figure the pun) would go.

I’d love to see how well Steve Brown’s pension fund performed by comparison over the past 10 years. Care to tell us that Steve? Or any other fund Joe Public has access to for that matter including deposit a/cs. Oh do tell us your interest rate predictions for savers as well Steve, whilst you’re at it.

I wonder if Steve Brown was rejoicing at Russia and Putin’s isolation at the Brisbane G8 summit a few years back. You know Steve, where corporate media completely omitted to highlight the G8 financial stability advice and I quote practically verbatim :

“Where important financial institutions are at risk then pension funds and deposit a/cs must be seized.”

Oh! I hear the cries of ‘the bank depositors guarantee’. A politicians guarantee not worth the breath it’s said under and brushed aside with two simple words … ’emergency measures’.

Excellent article, but may I add to it? Bitcoin is not money, it is just another currency! MONEY VS CURRENCY-  In 1788, Thomas Jefferson wrote: Paper is poverty. It is only the ghost of money, and not money itself.” Money is UNENCUMBERED, Currency is not. Currency is not MONEY! However MONEY can be used as currency. All currencies ever created have always reached their intrinsic value of $0. There are still some newly created currencies that are still in use but they ALL have lost most of their value in just a few decades. Take the US FEDERAL RESERVE “NOTE” for… Read more »

who do you have to blackmail or assassinate to take control of Bitcoin? .. where is Bitcoinia .. the US friendly terrorists and bombers need to know.

To a person, the value of Bitcoin is proportional to his/her understanding of the utility of Bitcoin.

If you know nothing at all, then it has value only because crazy greedy people are willing to pay good, sound (lol) Fiat (created out of thin air on a whim by person or persons unknown) money for it.

We all know that the FED makes money by lending it out, with interest. It’s obligations are to its shareholders, not the people as many believe. It’s dollar note is an instrument of debt and used to be kept by M3….the “money supply”. M3 can be predicted however by the simple math curve of the compounding if interest at 6% yearly on $1.00 borrowed in 1913. Carry it out 110 years to 2023 and you will be amazed how it expands exponentially at the end…..and as a money supply, would have loss of faith……OH MY. When Germany found the answer… Read more » 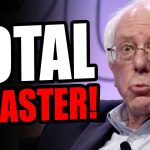 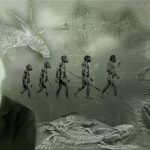