Our biggest threat is our corrupted governments, corrupted by the NWO billionaires, who are posing as philanthropists “helping humanity”.  Bill Gates received a marketing makeover, just like Rockefeller, by creating a foundation. The Bill and Melinda Gates Foundation is an evil organization providing dark money to further Bill Gates’ NWO eugenics.  It isn’t just Bill Gates, there are many foundations that have been set up to direct NWO dark money.  The Obama’s, the Clintons, Warren Buffet, Soros’ Open Society Foundations, Chan Zuckerberg Initiative are all vehicles of dark money with dark aims.  The Zuckerberg organization is set up as a philanthropcapital LLC.

The Chan Zuckerberg Initiative is not a charitable trust or a private foundation but a limited liability company, and is therefore not a tax-exempt organization as many philanthropies are. As an LLC, the organization has more flexibility in how it addresses its goals, and can invest in for-profit startup companies,[28][29] can spend money on advocacy initiatives and lobbying,[28][30] can make political donations,[28][30][31] does not have to disclose the pay of its top five executives[30] and has fewer other transparency requirements compared to a charitable trust.[28][29][30][31] Under this legal structure, as Forbes wrote it, “Zuckerberg will still control the Facebook shares owned by the Chan Zuckerberg Initiative”.[30][31]

The Buffet Foundation invests heavily in reproductive health and family planning grants across the world, including substantial investments in abortion and contraceptives. Warren Buffett’s intention was originally to leave 99% of his estate to the Buffett Foundation, but in June 2006 he announced that he would give 85% of his wealth to the Bill & Melinda Gates Foundation instead. Buffett stated that he changed his mind because he has grown to admire Gates’s foundation over the years; he believed that the Gates Foundation would be able to use his money effectively because it was already scaled-up.

Bill Gates imagines that he is the savior of the world, its environment and resources, but the means he wants to use to save the world is to reduce the world’s population down to the idea of that spelled out upon the Georgia Guidestones.  Also, he imagines that if he can convince us that the world is heading into global warming, when science for decades coming up to now has said that we were heading into a period of global cooling, Bill Gates knows that if he can cool the world down in advance of this event, then the resultant cooling will be enough to gradually cause crops to fail and create mass starvation.  And to prepare for this he has his Svalbard Global Seed Vault to store seed away for use when he and his minions come crawling out from their bunkers.  However his greatest idea has been to vaccinate the largest populations of the world to control their growth.  And now his grand architect plan is to deceive the world into fearing a virus that has a 99% recovery rate.

Thanks so much for this

As shown in this article, when it comes to carbon emissions, Bill Gates is very much a “do as I say, not as I do” hypocrite:

It’s becoming increasingly clear that we are part of a “rules for thee but not for me” world.

I disliked Bill Gates from the moment I bought my first pc many years ago. Somehow, I had a sixth sense that this man was up to no good, just by reading about the Microsoft Corporation. My instinct wasn’t wrong – and I hate the man even more now. He is evil personified.

Even if you don’t know about his background and past evil deeds, that arrogant smirk on his face tells you all you need to know. Body language doesn’t to lie.

Vandana Shiva has been trying to expose him for years, he even tries to patent natural seeds to take control of crops. The man is pure evil https://noqreport.com/2021/04/12/vandana-shiva-on-the-taking-down-of-bill-gates-empires/

Helga I. Fellay
Reply to  Anon

Monsanto-Bayer has been doing that for years. Maybe Gates wants to compete, knowing how lucrative that business is.

Anon
Reply to  Helga I. Fellay

He has shares in Monsanto so they are working together
https://www.theguardian.com/global-development/poverty-matters/2010/sep/29/gates-foundation-gm-monsanto

“The urge to save humanity is almost always a false face for the urge to rule it.”
H. L. Mencken

I’m also concerned about the huge amount of prime agricultural land he has bought up in the USA. Buy the land, and don’t use it to feed the people?

In the 1980s-90s we saw a wealthy few buy up all the news outlets. There was plenty of speculation the the wealthy few wanted to control the news we receive. Yet many people labeled it a conspiracy theory. Today Bill Gate is buying up farmland while preaching population control and reduction(“we must reduce the population 4 times”). And, that will be labeled a conspiracy theory. I think we know wants is coming next.

Bill Gates is neither wise nor good hearted. I have always had great respect for Warren Buffet, so this presents me with a dilemma. Yes, there are too many people on the earth, but the notion that a wealthy few should solve this problem is dead on arrival for me.

Well, we do live on a finite planet and overpopulation is a problem, so we need to look at how to solve that problem. Unless we think that plastic oceans is a good idea. So population control is a necessity, or Mother Nature will teach us a lesson the hard way. As far as eugenics goes, I see nothing wrong with that idea. Do we really value quantity over quality? That is a weird idea to me. Now, as to the so-called “elites” who propose their wealth-funded solutions, that is another matter. Where their attempted schemes will lead I don’t… Read more »

Hello! Thank you for telling us about this and sharing your experiences. I never knew about such information about Bill Geyts. And I am alarmed by his such attitude to life and employees. To him, many people should be positive. 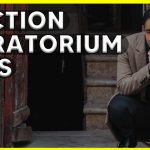