In October 1999, Bill Gates sat down for a long interview with Jeremy Paxman. At that time he was the richest man in the world and was said to be the first centibillionaire. Talking to Paxman he repeated a promise he had made previously, namely that he would give away his entire wealth leaving his son and daughter with only a modest inheritance, said to be $10 million each. Has he done so?

Apparently not! Calculating the net wealth of any individual can be difficult but is especially so for the super-rich. However, this breakdown appears to be fairly accurate.

Outside of his personal wealth, there is the Bill & Melinda Gates Foundation. His wife divorced him last year, due to his involvement with Jeffrey Epstein if the more scurrilous rumours are to be believed, but the world of the super-rich is both exclusive and small, so there is nothing necessarily sinister about this association. It is more likely that his “friendships” with members of the opposite sex, including Microsoft employees were responsible for the marriage break up.

The Gates Foundation was founded in 2000 and has an endowment of around $50 billion. According to its own website, it has committed more than $2 billion to the fight against Covid-19 since January 2020. Some people of a conspiratorial nature read a lot into this, but when he and his then wife set it up, one of their core projects was the development of vaccines, including to eradicate polio.

If vaccines are topical, so is energy or the lack thereof thanks to the lunatic policies of the Biden Administration (or whoever is currently running the US Government). It should then come as no surprise that Bill Gates has been backing a futuristic energy project called Heliogen, which is exactly what it sounds like. Take a gander at this short video. It will be some time before such projects can provide cheap energy for the entire world, but if Bill Gates helps to develop them he can be forgiven for reneging on his promise to give away his fortune to people who would probably only have squandered it.

Bill Gates has screwed up royally on his two pet projects. Shame on you, Bill.

You didn’t mean that joke video about ‘heliogen’ to be taken seriously, did you Al? Really, however old you are, it’s never too late to acquire some basic physics-literacy – and numeracy. Then you might understand why all these perpetual-motion-machine promo-vids are so funny. Start by studying the Laws of Thermodynamics, established as basic facts of the physical world for well over a century. They’re not particularly baffling for the intelligent lay person, once you look into them seriously. Gail Tverberg’s blog is also educative about just why solar energy is such a complete bust; to power the whole of… Read more »

If it weren’t for Gates, we wouldn’t be having this conversation; he brought cheap computing to the world. You sound like those idiots on the African Diaspora channel who are forever whining about white supremacy using the technology the White Man gave them.

Still dodging the issue, Al! LOL! I can communicate with others without a computer, you know; been doing it for most of my life… And anyway, mine’s a Mac. I have nothing to do with Gates’s stolen-from-colleagues moneygrubber shite. And I have no idea what the crack about African Diaspora is supposed to mean, in this context. Stick to the subject: any half-way physics-literate, numerate person can see that that Heliogen tosh is a thermodynamic joke. But I’m guessing science & tech isn’t really your strong point is it, Al? Can’t be, if you’re so easily taken in by such… Read more »

“If it weren’t for Gates, we wouldn’t be having this conversation; he brought cheap computing to the world” He certainly did not!  On July 27, 1981, Gates bought the Quick and Dirty Operating System” (QDOS) from Seattle Computer Systems, which would later become MS-DOS, and in turn would later evolve into Windows. Microsoft never designed Computer Hardware (Central processing units, RAM or Motherboards), They simply bought “Their” Operating System. The whole purpose of the Windows operating system, is to spy on the user. They even have hidden partitions built into Hard Drives that run Windows, to monitor every keystroke, File and… Read more »

I believe his mother fixed the Dos deal with IBM

IBM would never have made that reckless deal willingly, unless they where made an offer they could not refuse!

I believe his mother fixed the Dos deal with IBM

Bill Gates will never be forgiven for the suffering he has inflicted on the World, especially to African and Indian children. The corrupt United Nations was forced to concede that the Bill & Melinda Gates Foundation, who funded the GAVI international vaccine initiative, was responsible for causing a deadly outbreak of the very disease it was supposed to eradicate, from a vaccine-derived polio virus (type 2 oral polio vaccine mOPV2), that paralysed hundreds of thousands of Children in India and Africa.  After his “vaccine” maiming spree, he went one better by shilling for the Covid-19 Clot Shots, which have have already… Read more »

Noose would be much better.

I first came across Tim Ball on Red Ice Radio back in 2009. His ‘Climategate & Global Warming Fraud’ interview is a must listen, but can only be found when you use the Yandex search engine. Jewoogle and Duckduckgo sensor their searches, as I am sure you are aware.

Thanks for the tip on ‘Human Caused Global Warming The Biggest Deception In History’, as I just downloaded the PDF version of this book.

So a neighbor starts promoting “vaccines” for C19. I mention that I didn’t get “the jab” and that I didn’t think experimenting on everyone was a great idea. Then she pops up with “The world’s biggest problem is overpopulation.” I said, okay, then, if you believe that, why are so you concerned about people who die from C19. Let nature take its course and reduce the population. Then she calls me a sociopath because I don’t freak out over deaths from C19. Turns out she was investing in Moderna. And I’m the sociopath. 🙂 Of course, we know that Billy… Read more » 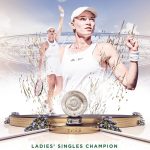 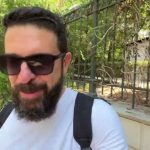