We’ve all heard of Big Brother; we’ve all seen him in action. But surveillance comes in many forms and both sexes. By 1997, there were over three thousand closed circuit television schemes in cities, towns, and some villages across Britain. Two decades and more on, most of the Western world and many other nations have equally or more extensive coverage. The Indian police have been particularly adept in their use of the new technology to get to the bottom of both real crimes and false allegations.

Alas, while the police in particular are happy to spy on all aspects of our lives, they are far less enthusiastic about us turning the cameras on them, even if only for our own protection. Journalists and professional photographers have been subject to outrageous harassment at times.

With the advent of smartphones and their plummeting in price, most of us are now walking around with cameras in our pockets, and most of us are entitled to call ourselves citizen journalists, even if that involves stretching the definition of journalist a bit.

If you haven’t heard the phrase “photography is not a crime”, you should familiarise yourself with it. This video, uploaded to YouTube on August 29, shows a photographer in the UK who was minding his own business filming his local police station, when a number of women dressed in police uniform took exception. He soon put them in their place.

There are a number of websites devoted to this subject, including this one. Most are related to North America, and there are also a number of similar websites in Australia, which appears to need them. This short video which was uploaded to YouTube the same day as the other clip, shows three police officers wearing face masks outside the front door of a young lady who wisely does not let them in. They are calling on her because she posted on Facebook about taking a walk in the park. And this is a crime because? They were clearly intent on encouraging her to same something incriminating, but she didn’t take the bait.

If the American police in particular have drawn severe criticism for the frequency with which they use their guns against especially black suspects, police the world over have rightly earned our contempt for this unwarranted harassment of otherwise law-abiding citizens over non-crimes. 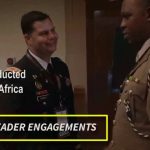 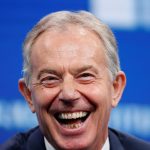