Although we are right to be concerned about the growth of the surveillance state, there is a positive upside to it. Not only is Big Brother watching us, but we are watching Big Brother, and sometimes when Big Brother isn’t watching us, other people are, something which can help take dangerous predators off the street.

This short video contains three recent examples from the United States, all resulting in arrests, one, sadly, after the murder of a young boy.

A smartphone can be used as a camera, but it can also be used as a tracking device. This is what happened when a man tried to rape a woman in Atlanta. He forced her into her garage, but she fought back valiantly, and he ran off taking her phone. The woman’s daughter used the phone’s tracker to trace him, and he was arrested. He has now been linked to an earlier, similar attempted rape.

In Florida, a man stopped his car and attacked a girl who was waiting for a bus. Showing incredible bravery for an 11 year old, she too fought back, and managed to fend him off or at least discourage him, even though he was holding a knife. The attack was caught by a roadside camera, and the suspect was arrested. He is said to be a convicted sex offender.

Finally, in Dallas, a teenager broke into a home and kidnapped 4 year old Cash Gernon from his bed. This was caught on CCTV. Sadly, the boy’s body was found in the street.  Darrryinn Brown (pictured) has been charged in connection with that incident and a similar attempted abduction earlier this year. This terrible crime and the other two thankfully averted assaults, the one on the girl potentially lethal, would quite likely not have been solved without commonplace Twenty-First Century surveillance.

Again, we must be wary of total surveillance, though like fire it can be not only a fearful master but a dangerous servant. In cases like these, dangerous to the right kind of people.

This is the second case in the news of a black adult murdering a white child in the US in a month.

That fella looks pretty youthful,I very much doubt he will survive adult prison,US prisons are the toughest in the Western world and the most violent,it is a world of gangs, racial conflicts and male rape.I believe that guys life is probably over, it’s best to be law abiding if in America ,if not you will be cast into Hades/US prison system.. 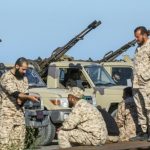 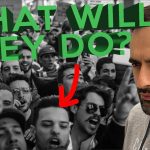