Moments ago, Adam Skelly of Adamson Barbeque, the working class restaurateur who defied Toronto’s pandemic lockdown, was arrested, handcuffed, and taken away by Toronto police. That wasn’t even the worst of it. There were at least 50 police involved in the SWAT-style raid, including mounted police – the sort of thing you send to quell a riot.

Toronto Mayor allowed totalitarian bureaucrats to command Toronto police to use heavy handed tactics to bully a small business owner who is trying save his livelihood.  He has a wife and small children to feed, but while big businesses such as Costco are encouraged to keep trading, disgusting behavior is being used to threaten and destroy small traders.  The abuse of power by bureaucrats, police and the fake media is a disgrace and a betrayal of the people.

Thanks to Rebel news we can get real news for real people.

health authority Eileen de Villa to give the order to send dozens of police to enforce a closure at Adamson Barbecue in Etobicoke, Ezra said:

“So, some unelected, unaccountable health bureaucrat gave the police the power to be her little army? Is that how police works in Canada?

“…some health board can say, ‘I don’t like this restaurant, I’m sending in 100 police and the mounted police, the riot squad?’”

The lion’s share of the mainstream media coverage regarding the Great Canadian Barbecue Rebellion was predictable. Which is to say, the Media Mob was less concerned about objectively covering the story and more concerned with howling at the authorities to “do something” (that “something” being closing down Adam Skelly’s eatery while turning a blind eye to the Costco superstore down the road.)

Little wonder why Skelly banned most mainstream media types from stepping foot on his property — he knows that the Media Mob hates him and hates his customers.

But the jump-the-shark piece of so-called journalism regarding Skelly’s takedown surely came via The Huffington Post which published a jaw-dropping article by Maija Kappler entitled, “To See White Privilege In Action, Look At Toronto’s Adamson BBQ Debacle.”

Yes, even when a restaurant “illegally” opens, it’s somehow all about race in 2020…

The deck to author Maija Kappler’s crappy story reads: “It’s hard to imagine the same outcome if Adam Skelly were a Black or brown restaurant owner.”

(Um, why is black spelt with an uppercase b but brown is spelt lowercase b? What does Kappler have against brown people?)

But contrary to what Kappler states, it’s NOT hard at all to imagine the outcome if Adam Skelly wasn’t white.

You see, Kappler’s premise is that a black or brown restaurant operator pulling the same stunt as Skelly would’ve been shut down immediately as opposed to on Day 3.

How does Kappler explain the illegal occupation by the violent thugs who comprised Afro Indigenous Rising, a group that illegally occupied Nathan Phillips Square not for three days, but for three WEEKS! Even though they were breaking 11 sections of the Trespass Act?

And if having one’s restaurant shutdown, seized and boarded up while the owner is handcuffed and thrown in a jail cell overnight is an example of “white privilege” I’d sure as hell hate to see an example of white prejudice… 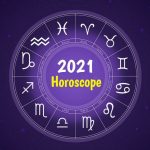 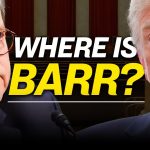