I was asked for comments by Sputnik News the other day about Democratic Nominee Joe Biden’s assertion he would lock down the entire country if the scientists told him to.

As you can imagine I didn’t hold back.

The idea that the scientists who have been the most vocal in advising President Trump and the other world leaders, would give Biden the honest answer about how to deal with COVID-19 at this point is beyond laughable.

I’m sorry but the official arbiters of “Science!” have done nothing but lie, delay, obfuscate and oversell the threat of this virus. And their miscommunication, intentional, well-meaning, or just incompetent, has cost humanity hundreds of billions if not trillions in accumulated wealth and time.

Has Biden not looked around and seen the multiplying protests worldwide against these idiotic and tyrannical lock downs?

Biden’s handlers are telling him to campaign on this because they are trying to hold together The State, the religion of the Left, as the final arbiter of truth and societal best practices while it fails right in front of our eyes.

And I believe this is why they are trying so hard to hold onto these narratives so tightly. No one wants to watch their belief system wither and die on the vine.

No one is comfortable with having their fundamental premises which form their worldview be revealed as inadequate to the task. But that is exactly what is happening to progressives and socialists of all stripes.

All of the social welfare systems are failing from over-promising and imminent failures to produce.

Everything that has been unleashed upon us in 2020 is a direct result of this mad scramble to claw back the power of the White House by any means necessary and it’s woken a lot of people out of their slumber as to what they can expect from their government.

We selected the wrong man for president four years ago and Congress has worked nonstop, on both sides of the political aisle, to ensure he doesn’t achieve anything of lasting significance.

Somehow they think continuing to lie about him and talk down to us will somehow become endearing.

So, in the context of that and the freak show that was this year’s Democratic National Convention I answered Sputnik’s questions with a frankness that, honestly, surprised me.

My full answers via email follow (you be the judge):

President Donald Trump has resisted calls for another shutdown despite a spike in coronavirus cases in many states this summer. Trump and members of his administration have argued a new lockdown would cause irreparable harm to the economy. At the same time, Joe Biden is considering such an option if necessary. What is your opinion on this matter?

I’ve been quite clear that the Democrats have used COVID-19 as an excuse to destroy the U.S. economy and blame it on President Trump.  I’ve written extensively on the subject (here).

Biden is playing to his base that wrongly believes the path to safety from the virus is more draconian lockdowns rather than building herd immunity, as we’ve seen in places like Sweden.  This is an extension of a concerted effort to destabilize the U.S. and continue a climate of fear over a virus with an effective lethality rate lower than the annual flu.

We are six months into this planned destruction of all facets of U.S. society, and most of the West for that matter, for the purpose of instituting police state like controls over our everyday lives, undermining the idea of personal rights in a climate of hysterical fear.

President Biden does not have the authority under the Constitution to do this anyway and would have to suspend it in order to ‘legally’ do what he’s suggesting. So, this is a pathetic bluff by desperate people to hold onto a failing narrative that COVID-19 is something so deadly it necessitates wholesale change to our way of life.

How will a repeated lockdown affect the economy?

It would be further devastating.  Economic conditions are only good on paper now because of the massive stimulus spending from the CARES Act.  That spending is ending.  We’re already seeing it in the consumer spending data.

Trump has won the showdown over the next round of spending with Speaker Nancy Pelosi caving the other day.  Trump will send out another round of checks between now and the election and the Democrats are desperate to counter this move, which they can’t.

Will the country’s economy survive it?

As I’ve already said, the goal is to destroy the U.S. by engaging in the rankest form of political extortion.  It’s already bad enough that we have to deal with the growing supply disruptions and the first wave of bankruptcies, locking the economy down again would ensure that more people die from stress, abuse, theft and domestic violence than the virus would ever take.

The people most susceptible to this virus are the ones most vulnerable to basic goods disruptions by locking down the low-risk and the productive.

Locking down the healthy is honestly moronic, and if I believed for one second that Biden was actually crafting his policy points, then I would present his comments as prima facia evidence of his declining mental capacity.

“We cannot get the country moving until we control the virus. That is the fundamental flaw of this administration’s thinking to begin with”, Joe Biden said.

That’s a nice soundbite.  Too bad it runs completely counter to thousands of years of human history where the sick and at-risk are protected and/or quarantined while the healthy face the threat and keep society functioning.  Biden is trying to make sound reasonable a policy plank that is nothing less than fear-mongering.

How likely is it that the economic situation in the country would have been different if Biden had been president?

They would never have run this COVID-19 scam on us in the first place. They would have treated it exactly the way Obama did Ebola, something to worry about but the push for universal vaccination, medical passports and the rest would have been done quietly behind the scenes, rather than out front. The threat that Trump’s second term and Brexit represent to the globalist, neoliberals, who I call The Davos Crowd, is palpable and they want control over the White House at any cost.

Biden would still be presiding over a financial crisis, but the political crisis in the U.S. wouldn’t look like it does today with the degradation of the two sides, rioting in cities subsidized by local governments, and counter-productive lockdowns.

How realistic is his economic programme in this situation?

Completely not realistic at all.  The Green New Deal is nothing more than a bailout for the global financial system which is over-leveraged and on its last legs.  Now they are engineering the destruction of trillions in middle and lower class wealth to ensure there is no opposition to their continued rule, though their perfect technocratic state, The European Union.

Trump, for all of his faults, understands that the U.S. is being sacrificed here and he’s doing his imperfect best to try and stop it from happening.  But the only way to balance the books now is currency debasement of a type and kind we’ve yet to imagine which will wipe out the middle class in the U.S. even further, erode what’s left of the rule of law and bring about a dark age of humanity.

That’s what Biden’s been told to say in this statement.  It’s evil and it should be rejected by everyone. 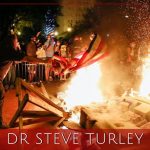