Joe Biden says he wants the origins of COVID-19 to be thoroughly investigated.

Just not by the Trump-appointed team. No, he says, let the World Health Organization conduct it.

He means that World Health Organization… the one that played duck-and-cover for China when the virus first started its rampage in Wuhan, giving enough shade to that country to allow the virus to rapidly escape from China and to become a global pandemic, though thankfully, a far more feeble one than originally feared.

One has to listen carefully to see the strategy. The Trump appointed investigation might actually find the truth. The WHO lied before, and now that it has US support again, it can certainly lie again.

All this is cover for Biden’s own very corrupt relationship with China, carried out sometimes through his degenerate crackhead son Hunter.

In the amazingly clumsy political theatre that is the Hologram Administration, it is stunning how even on Fox, most of this news just gets reported without a hiccup. To anyone who half-listens to the news (which is the bet), the notion would at best sound like “Biden is stopping the Trump Administration ordered investigation to bring in real experts.”

However, this is exactly the opposite of the real story. The bet is that most Americans will never make the connection.

As with the upcoming summit with President Vladimir Putin in June, it would appear that this man is getting hung out to dry by the short hairs, so to speak, because Joe Biden is so corrupt that all anyone would have to do to control him is to threaten to leak, or openly speak about, how corrupt he is.

This may be the reason why news about the virus’ Wuhan lab origins and Dr. Anthony Fauci’s connection in supporting and funding the gain-of-function research (that likely resulted in COVID-19’s accidental release) is gaining ground rapidly in the American news cycle. Information that the rest of the world suspected – that the US was behind the creation of SARS-CoV-2, not China, is right on the edge of being publicly stated. Tucker Carlson has done all but say it, but the details of this issue are laid out so clearly that it only remains for the reporters to ask the question:

“Why is the United States funding gain-of-function research on weaponized viruses in China??”

The answer to that question could well shake the US government to its foundations, and it would seem that Joe Biden or his handlers are aware of this and are feebly trying to fight it.

A complicit news media is the only means for this effort to succeed, and that complicity seems to be fading as Joe Biden and Kamala Harris do new and different strange things every day.

Biden shut the investigation down because it would eventually find that this “virus” originated in Fort Dettrick, Maryland, not in Wuhan, China.

Yeah, and it is just a coincidence that all the vaccines appeared simultaneously in a two months period ( althoug already announced at the first month after the pandemic was declared, in March 2020, by Germany, then silenced again because of the obvious suspicious event…), all gained sudden EUA by the CDC, NIH, and EMA, even when allegedly produced by newbies in the pharma industry with no other known product in the market, and this nule market credibility/prestige, like Moderna and BioNTech, and is also a coincidence that BlackRock, major US hedge fund, which could equate third economy in the… Read more »

And so is Vanguard, if you can get anywhere near finding anything put about it.

Just in case you haven’t found this guys, I suggest a trawl through this article.

Thanks Fran, and this site:

Yeah, the 500.000 deceased Americans plus the numbers of equally or even more deceased Europeans, plus the ruined millions of Americans and Europeans citizens by the mandatory lockdowns.. He shut up this investigation because the obvious winners who took it all from this pandemic, even before it started, in times of the Trump adminsitration, when they were transvased a whole bunch of millions od dollrs, start appearing way too obvious for the average citizen, that is those holding major shares in each and every vaccine being inoculated into the bodies of the whole Western population by force and whom will… Read more »

Wait until they start buying up all the empty retail centres and airlines/planes at rock bottom prices, then turning the retail centres into Smart cities where you will be forced to live so they can buy up the rest of the land they don’t already own! The planes will be deconstructed for parts and airports will be planted with forests, while you languish at home, disallowed to fly anywhere. It will be great fun yes?

An independent investigation ,as Psaki states should be, would take ALL, level 4 biohazard labs around the world open for independent ( which excludes NIH,EMA,WHO,and all the “experts” supporting and collaborating in or beneffitting in any way from this whole Coronagate..) inspection. The independent investigation should also be shown convincing explanations on why the US military warned Pentagon and Israeli militaryintelligence already in August 2019 on that a atipycal pneumonia will spread in the next months starting in China… Sounds more like a biowarfare attack to ruin the better way off world than anything else. Countries like even indebted Spain,… Read more »

I don’t buy the M.S.M story regards Biden and the Virus at all. FACT, the virus and the story when it began, did not include Biden at all. I believe Biden is terrified that the REAL story is going to blow up, and show the World, that the virus DID originate in the U.S. at the Fort Detrick lab. That there was an accident, or deliberate release of the virus there, causing the shut down of that lab and the sanitation of that lab. (All documented) The FACT that there are soldiers stationed at Fort Detrick, who were scheduled to… Read more »

It IS an act of war against the world.

While the “Made in China” coronavirus label served as a pretext, the unspoken objective was to bring the Chinese economy to its knees. It was an act of “economic warfare”, which has contributed to undermining both China’s economy as well as that of most Western countries (allies of the US), leading to a wave of bankruptcies, not to mention unemployment, collapse of the tourist industry, etc. Late February: Financial manipulation characterizes stock market transactions Worldwide. The stock value of airlines companies collapses overnight. Those who had “foreknowledge” of Trump’s March 11 decision to ban transatlantic flights from EU countries made a bundle of money.… Read more »

https://www.unz.com/article/last-man-standing/  It is now virtually certain that COVID-19 was brought to Wuhan by American troops taking part in the city’s World Military Games last Oct. 18-27.    The 300-strong US contingent stayed 300 meters from the Huanan Seafood Market where China’s outbreak began (see map below) at the Wuhan Oriental Hotel.    Five of the US troops developed a fever on Oct. 25 and were taken to an infectious-diseases hospital for treatment.    42 employees of the Oriental Hotel were diagnosed with COVID-19, becoming the first cluster in Wuhan. At the time only 7 people from the market had been thus diagnosed (and treated… Read more »

Helga I. Fellay
Reply to  lex

The Wuhan wet market theory, suspected at the very beginning, has been debunked soon after. The virus has been identified as a man-made lab produced virus, not coming from bats or any other live creature. The Wuhan bioweapons lab, the wet market, the military games and military barracks were all located in close proximity to each other (probably carefully planned that way. The American soldier athletes participating in these games performed spectacularly poorly, probably due to the fact that they were already infected.

Coronavirus: Bioterror and the US military laboratory in Kazakhstan – Investigation Preparation for biological warfare in the CISAfter the end of the Cold War, the US Department of Defense in the post-Soviet countries created several biological reference laboratories, of a high (third) degree of protection, designed to work with especially dangerous viruses and bacteria. These facilities operate in Kharkov, Tbilisi and Almaty. Their official goal is the fight against the spread of dangerous infections, the real one is to prepare for a possible biological war in the territory of the former USSR. Scientific research at the facilities is funded and supervised… Read more » 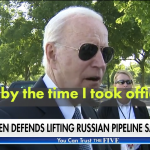 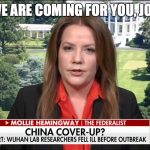