Joe Biden is not President of the United States. He may reside in the White House, and he certainly was seen taking the Presidential Oath of Office on January 20th, but his actual personal investment in the Office of the Presidency is null and void. He is there; he seems fairly aware that he is there, but that is about as far as it goes. He is not leading the nation, nor is he even governing it. Somebody has his puppet strings and this poor man is a living example of a marionette, doing the bidding of some other person or group of people.

Given that the powers that truly be in the United States have been committed to making that nation and the rest of the world into a place of infinite “diversity of grievance groups”, all set against one another, it makes little sense at face value as to why Joe Biden, after calling Russian President Vladimir Putin a “killer” and applying new sanctions to Russia, suddenly reversed course in a radical way, and lifted all sanctions in place against the Nord Stream 2 pipeline that is to carry Russian natural gas to Germany.

The only evident purpose for doing this in the US might be to stir up conservative sentiments all the more against Joe Biden, though in reality what happened here is extremely wise. Let us examine how this is so:

This notion of Russia trying to place a hammerlock on Western Europe by threatening or cutting off gas supplies has been the cornerstone of US rhetoric against the Russian pipeline. The old saw notion of Vladimir Putin being the next evil “tyrant-in-waiting” was really the only rhetorical weapon the United States had, and it was not working. After all, Germany made the agreement with Russia to develop the pipeline, and Germany is a big NATO ally. The German government has no worries about its giant neighbor, and one can only imagine the reactions of German government officials as they listen to American foreign policy bozos go on and on about this “grave threat”.

The pipeline as a source of energy is immeasurably logical. The US attempt to control it is a truly silly, absurd, power play and it did not work.

That Joe Biden moved to acknowledge that is very surprising, though. This marks a very big reversal in US policy toward Russia that rightly ought to be called “Trumpian”, because had Donald Trump not been under fire for being President Putin’s stooge, this is very likely what he would have done as well. It makes sense in every possible way, and the US government doing something that actually makes sense is, indeed, an event to behold.

Apparently this concession worked, as Joe Biden and President Vladimir Putin are scheduled to meet in person on June 15th, 2021 in Geneva.

By a curious coincidence, June 15th had been the date that any Americans living in Russia with expiring or expired visas were supposed to leave the Russian Federation. That date has been pushed back, with the US Embassy in Moscow conducting some normal services. I know this; I was in the Embassy yesterday (May 26th), and the Consular side was indeed functioning, though the Visa application processes for Russian citizens appears to be closed at this time.

The promised meeting offers room for discussion on a great many issues that are interfering with the relations between the two countries.

To that end, I am going to offer a prediction: Expect things to drastically improve in terms of sanctions and access of Americans and Russians to each others’ homelands.

Why do I think this will happen?

The answer is simple: Biden is very weak, and President Putin has all the cards. Joe Biden is not capable of holding even the hawkish Russia stance of many in his own State Department, and the going story right now is that President Putin knows a lot about how awful Biden is, and could potentially go public with it in some way that would really compromise old Uncle Joe. This is purely speculative, but what is certainly true is that Russian foreign policy is carried out very strategically, like a chess master at work. The Americans have been flailing (and they still are) as regards Russia for many years, far before Trump, and probably even before Obama. When Russia began to reassert herself as a country intending to chart its own destiny, the American plans to make her into yet another vassal nation were dashed. When Russia further determined to chart its course as a Christian and traditionally valued nation, and more, when Vladimir Putin dedicated himself to defending Christianity everywhere it exists, the increasingly secularized West had no way to deal with it other than to resort to rhetorical demonization and sanctions.

Russia has taken the high road ever since, and she continues to do so. President Trump seemed to partly recognize this, as some of his policy wishes and executive orders reflected similar efforts in the United States to return to the values of “nation, culture, religion and tradition” as well, such as military parades on Independence Day, the proposed (and recently canceled) National Garden of Heroes, and the President’s personal appearance at the March for Life and his upholding of prayer, open Churches and reliance upon God in speech after speech after speech.

Of course, Americans often did not get this news, at least not from their main networks, though we at The Duran certainly provided it!

In fact, as noted above, the elected leadership of the United States still largely believes its own concocted media narrative. A piece on Fox News’ website which we hinted at in a link above has this to say as an example:

Rep. Michael McCaul, R-Texas, stepped up his criticism of President Biden’s decision to lift sanctions on the Nord Stream 2 pipeline on Wednesday, arguing the move was the “cost of admission” for the White House’s upcoming meeting with Russian President Vladmir Putin.

McCaul, the top Republican on the House Foreign Affairs Committee, spoke out in response to Biden’s explanation for why he opted to lift the sanctions on the Germany-to-Russia pipeline. The president said he waived the sanctions in part because it was “almost completely finished.”

“We finally see the cost of admission for the Putin summit: Let him have dominion over European energy while selling out Ukraine,” McCaul said. “Blaming the prior admin is a weak excuse. @POTUS can stop #NordStream2 now if he follows the law & sanctions all involved.”

Republicans slammed Biden after reports emerged that his administration planned to waive sanctions on the company and its executive, a Putin ally, who is leading the Nord Stream 2 pipeline. GOP lawmakers have accused the president of hypocrisy given his previous decision to suspend the Keystone XL pipeline due to environmental concerns.

This, of course is America beating its typical “poor oppressed Ukraine” card, when the real story is “poor really, really corrupt Ukraine, pal of Biden” and, indeed, this sad story is very complex in terms of interrelationships, but the simple distillation is this: Ukraine is the prospective US vassal state designed to bring down Russia and the Russian Orthodox Church, by propping up a distinctively Slavic culture, infiltrating the country’s falsely created “Orthodox Church of Ukraine” with western immorality, and adorning it with the trappings of ancient Christianity as a propaganda tool. You can read or view any number of excellent analysis pieces on how this works; some by our Editor in Chief, Alexander Mercouris, and those written and published at the Strategic Culture Foundation website, like this one, and articles by James George Jatras, former US diplomat and adviser to the Senate GOP leadership.

The thing about this, though, is that by this point, what with the corrupt connections between Ukraine and Joe and Hunter Biden fairly well known (even though the press tries to repress this information in the US), many Americans are likely to be cynical or at least less than supportive of “poor Ukraine”, because they smell a rat in the rhetoric.

Joe Biden and his family’s corruption also is used to strengthen President Putin’s position, and rightly so.

Amazingly enough, it may well be Vladimir Putin’s place to actually bring about improvement in the United States.

There is one way, however, in which Joe Biden’s decision to lift all sanctions on NordStream is VERY consistent with American domestic policy. It kills the fossil fuel energy industry just a little bit more.

After all, Keystone XL was canceled. The Colonial pipeline shutdown, while not necessarily Biden-caused, was allowed to languish and create a price-spike in gasoline. The administration’s response was “if you had electric cars, this would not be a problem.”

Of course, this is stupid rhetoric, because the electric cars must get their electricity from some source, but to the rank and file stupid American liberal (and unfortunately some other stupid people there), this was probably a “good sense remark.”

Cutting off LNG shipments to Europe, which is pretty well assured by the lack of need for expensive US gas when Russian gas is plentiful and immediately at hand (and therefore far lest costly), means a hit to fossil fuels. Perhaps the thought in the Biden cabal is this:

Let ’em have their gas from Russia. We are supposed to be all about the Green New Deal, so we will get them by making our whole country go renewable…

This would be admirable if there were an actual path to doing this, but there is not. Renewable energy is certainly desirable, but to attain it at the cost of US energy independence is simply stupid management.

We would like to congratulate Russia, then, and of course President Putin, for successfully playing the long game. Your persistence and patience has paid off. The US stumbled twice, by falsely installing Joe Biden in the White House, and then by letting him speak as he wished on an interview. Now, times are about to get better for both countries, but the credit for this goes to the Russian Federation and its president, the Real Man of the Hour, President Vladimir Vladimirovich Putin, perhaps the only sane leader of a great power the world has today. 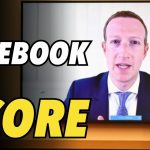 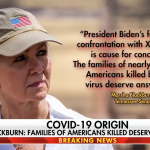