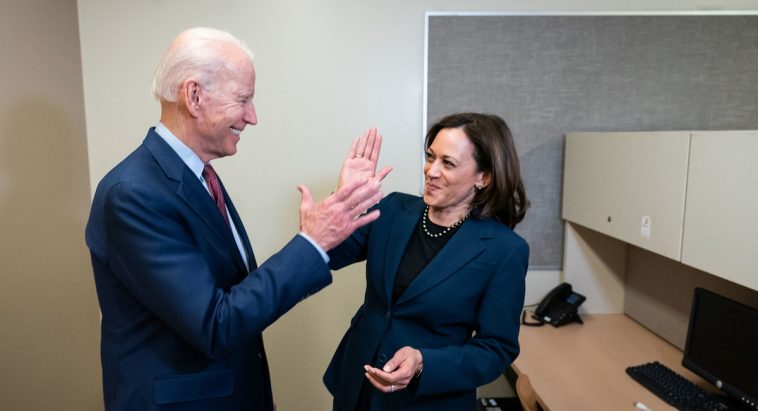 So, after Senator Kamala Harris brutalized Joe Biden on stage for opposing forced bussing in the 70’s, called him a racist, and mocked him to his face, the Biden campaign has chosen the California Senator as his running mate. As this observer has noted previously, vice presidential picks rarely add anything to the ticket and the first and only rule is to do no harm. For weeks, Biden’s campaign considered a wide array of interesting, eclectic, and obscure candidates. Other than former National Security Advisor Susan Rice, Harris was probably the only viable choice.

The Trump campaign went on the offensive against Harris right away. Just minutes after Biden announced the Harris pick, Trump tweeted a 30 second campaign commercial linking Harris to the leftist, Bernie Sanders wing of the Democrat Party (Medicare for All, trillion dollar tax increases) while simultaneously saying she changed her political positions with prevailing trends. ‘Voters rejected Harris,’ the ad declares. ‘They smartly spotted a phony. But not Joe Biden. He’s not that smart.’ This is classic Trump ‘branding’ which he has done to devastating effect against Republican and Democrat opponents alike; ‘Low Energy Jeb’, ‘Crooked Hillary,’ and of course the ‘Squad’ of freshman Congresswomen led by Alexandria Ocasio-Cortez.

Kamala Harris has an interesting background. She is a native Californian, the daughter of an Indian mother and a Jamaican father. She is a lawyer by trade and held a variety of legal posts in California. Beginning in the early 90’s she served in the San Francisco District Attorney’s office. In 2003, she was being elected city Attorney General. In 2010, Harris won the election for California attorney general and, in 2016, she was elected to the United States Senate, replacing longtime liberal stalwart Barbara Boxer.

Harris boasts impressive credentials amongst the bicoastal white liberal elite for whom boutique issues are everything.  As part of a group called Attorney Generals for Clean Power, Harris tried to subpoena internal documents from the Exxon Corp, alleging they were engaging in some sort of securities fraud by denying climate change. This was part of the left’s war on fossil fuels. The organization’s suit was dismissed by a Federal court. Harris also subpoenaed a variety of conservative political organizations for their documents, including donor lists. Here too, the courts dismissed the suit.

During Harris’ time in the San Francisco and California district attorney’s office, she earned a reputation for being a tough on crime cop. As a prosecutor, she recommended harsh sentences. Perhaps she was too tough. As Congresswoman Tulsi Gabbard pointed out on the debate stage last year, Harris imprisoned more than 1,500 people for marijuana use why she laughed about using marijuana herself. In one notorious case, Harris withheld evidence that would free an innocent man from death row. As state attorney General, Harris kept state prisoners in jail past their sentence dates to use them as ‘cheap labor’.  Harris was rising in the polls after excoriating Biden, but she never recovered from Gabbard’s attack and dropped out of the race before the Iowa caucus.

We’ve pointed out before that, when Bill Clinton chose Al Gore in 1992, each underscored the other’s strengths. But, in Harris, Biden’s team has chosen a candidate that accentuates a serious blind spot. Until this campaign cycle, Biden boasted that he authored the 1994 Clinton era crime bill. This appeals to moderate, suburban voters and those who remember the crime waves of the 70’s and 80’s. But modern leftwing activists blame the 1994 Crime Bill for ‘mass incarceration’. Choosing a ‘tough cop’ like Harris accentuates Biden’s weakness on the issue.

All politicians bring baggage with them, just ask President Trump. Harris is no different.  In the 1990’s, Harris enjoyed a relationship with former speaker of the California State House and San Francisco Mayor Willie Brown. At the time, Brown was a married man. Once a colossus of California politics and now an elder statesman figure, Brown wrote in the 26 January 2019 edition of The San Francisco Chronicle, ‘Yes, we dated. It was more than 20 years ago. Yes, I may have influenced her career by appointing her to two state commissions when I was Assembly speaker.’ Brown also pointed out that he helped other California politicians.

This may seem unfair, but if President Trump’s messy love life is fair game, so is Harris’. Besides, in 2008, the Democrats and the media savaged John McCain’s running mate, Alaska Governor Sarah Palin. They attacked Palin for attending several different middling colleges. They mocked Palin for appearing in beauty contests in her youth. They sneered at Palin for having several children, for carrying a Down syndrome child to term in her 40’s, and for her 16-year-old daughter’s pregnancy. Some left leaning journalists even speculated that Palin’s newborn son was actually her daughter’s. This was brutal class warfare by liberal elite that liked nothing about Palin’s working-class background and it was a preview of the internecine warfare between Blue and Red State America we see now. 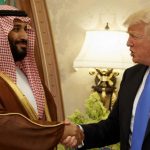 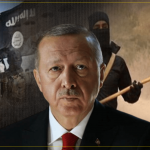