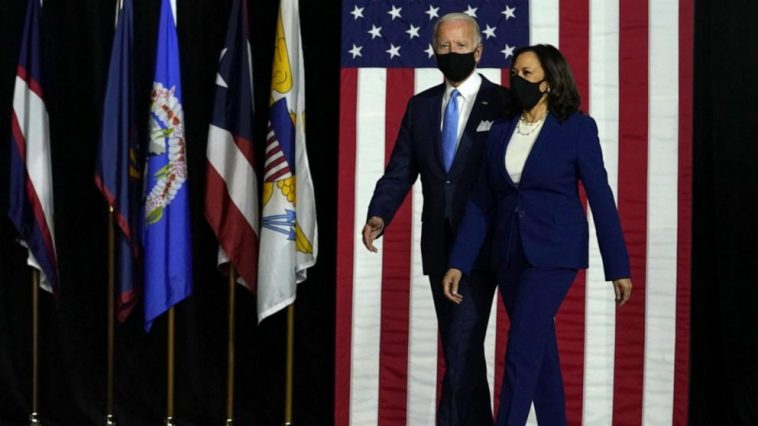 She will bring added strength to Biden’s image of sobriety and gravitas compared to Trump’s obstreperous intemperance.

The Smart Daughter of an Asian Indian Foreign Student Genius Scientist and Black Jamaican Economist will become the next Vice President of the United States? That’s the America Dream? Bridges two different racial and religious constituencies in USA

She is the Junior Senator from California ! Kamala is half Tamil Indian from South Tip of India on her mom’s side. Her father Donald Harris is a Black Christian and a mother Shyamala Gopalan is from Chennai ( India ). She was brought up attending the Black Churches as well as attending Temples -the religion of her mother! Do you think her Foreign Student mom from India ever imagine her daughter being America’s VP? I read they are celebrating in Tamil Region of India. There is  something heartwarming about seeing images of a very simple family – an Indian mother in Saree and a black father from Jamaica — whose daughter is running to be (Vice) President of the United States.

Many I known, would have preferred the other American candidate of Indian origin – Tulsi Gabbard for her politics seemed bolder. In some parts of the world, Indian origin women and men are Ministers of Interior, and Finance; heads of technology giants and trillion dollar companies like IBM, Microsoft, Google, Adobe and now running for Presidency of the United States and in the same world, very connected news obsessed world, people get shot for being black ; or told to “go back” if they stand up for their very basic rights. “Go Back to where you come from” was the language of skin heads in 70s and 80s UK.

Some of world’s most powerful corporations are headed by Indian technocrats and professionals. None of them is a robber baron, none of them was born in money, not one of them “privatized” anything and none of them had a privileged upbringing.

Like Kamala Harris and Tulsi Gabbard, Hindu culture is just as important to them as their love and loalty for their countries. Some were born into Hindu or Sikh or Muslim lineages traced back to India, others embraced it as a choice. Some are when first generation immigrants, others burn to migrant parents.

In fact, the struggles and travails of Indian migrants in Untied States, Canada and UK are an exceptional story of perseverance, single minded focus on excellence through learning and education in sciences.

It is a little strange to call her a “black” woman. She is a woman of multiple races. I have no idea what particular DNA dominates within her genes, but it brings to mind Mark Twain’s Pudd’nhead Wilson. Visceral attacks is expected.

Kamala Harris, Hillary Clinton’s pick for her successor in the DNC, in 2016, apparently well received by Wall Street but roundly rejected by voters in the 2020 primary, is now Joe Biden’s running mate and probable President by default should he edge out Trump in November. Certainly it was a necessary play to the only reliable DNC base, the Black community.

Harris herself seems unlikely to particularly excite Black voters. This is not a random guess — Harris ran for president for much of last year and was not the preferred candidate of older Black voters in the Democratic primary (that was Biden) or younger Black voters (that was Sanders or Warren in earlier stages of the race). Obama, in contrast, had very strong Black support during his 2008 primary run, previewing what would happen in his two general election campaigns.

Biden made the predictable pick. Harris is certainly more liberal than Biden but not Sanders and she is an Asian woman in a party that always wants to show it cares about traditionally marginalized groups and probably feels the need to showcase its racial diversity even more in the wake of the Floyd protests. So Biden choosing someone with Harris’s political, biographical and demographic attributes makes some sense.

She has a good bark and a strong bite, two pluses Biden lacks, to counteract Trump. She is quite the moderate compared to the Sanders / Warren / AOC bunch and was a tough prosecutor, which will be positives for moderate independent voters. However, she sometimes comes across as harsh, which may not endear her to suburban women, whose votes Biden sorely needs. It’ll be an interesting election cycle!

If Biden is elected, this will be first Black American & Indian American to be Vice President of USA.

Seems Kamala Harris is a tailor made suitability to be VP in a very divided America of Trump. She is very popular in California and should carry that State with ease and bring in the biggest slice of Electoral College Votes. That is the theory -actually anything can happen in USA! Presidential Elections are on paper ballots !So EVM manipulation not possible!

Interesting,from what I heard and seen on some progressive alr-media sites,Kamala Harris has been kicked out of the black race and considered a honoury white person,all due to what would be considered her arch conservative prosecutionary record,she is said to of made her bones by persecuting people of colour,and is associated with prison slave labour and suppressing evidence of innocent people on death row..It looks like 5 more years for president Trump,because I can’t see the progressive or younger more knowledgeable blacks voting for Biden with this controversial character at his side,with the possibility of her being a powerful VP… Read more »

Biden couldn’t choose which socks to wear in the morning.
Harris has been groomed and chosen by whoever runs the Dems, and it’s not the grassroots membership.

See how your garden grows
Reply to  Helen B

As any good horticulturalist knows, it’s very hard for grass to take root when the field is replete with weeds.

I’m so pleased to be back in the thick of Democratic corruption again. Thank you all for this wonderful opportunity to serve. 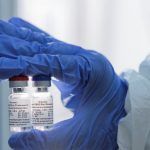 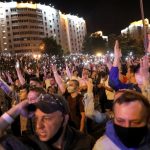