Biden and Russia, Turkey and Saudi: Tough in Public, Soft in Private

The below is attributable to Spokesperson Ned Price: Secretary of State Antony J. Blinken spoke with Russian Foreign Minister Sergey Lavrov today. Secretary Blinken and Minister Lavrov discussed the New START extension and the need for new arms control that addresses all of Russia’s nuclear weapons and the growing threat from China.

National security adviser Jake Sullivan ran through a panoply of regional issues in a call with his Turkish counterpart.

In other words, business as usual.

If Trump would have cooperated with Russia there would have been a outcry! Will be interesting how the USA wants to fix all the brocken glass they leave behind since 75 years!

Economy Turkey: If the USA “INVESTS” in Turkey this means nothing else than “bribing” the existing islamist regime in Turkey! the Turks will then buy with the dollars Russian Defence-Missiles! 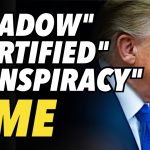 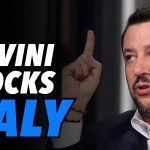