Imposter Joe has apparently been co-opted to destroy the American military forces, clearing the way for China to launch a massive takeover of the world, because US forces simply will not be around to stop them in two to five years’ time.

How is THAT for a lede?

Hopefully, of course, it is not true, but let’s get a little crazy with speculation:

There are several sources (all online for most of us) who are saying that recipients of the mRNA vaccine for COVID-19 will be dead in short order. Some say two or three years, and one we quote below says five years:

“Health Ranger” is a nickname used by Mike Adams, a man who describes himself as an “outspoken consumer health advocate” and “internet activist”( here), and whose website Natural News was blacklisted from Google in 2017 (here). Natural News has also been banned from Facebook (here).

Adams’ post about mRNA vaccines, which is now being shared by Facebook users, reads: “IMPORTANT REMINDER: Most people who take the mRNA vaccine will be dead within 5 years. So far, 4.2 million doses have been administered in the United States, and that number is growing by the day. The population by 2025 may be HALF of what it is now, depending on how many take the mRNA vax.”

COVID-19 and its array of vaccines are certainly the most malleable source of “news headlines” to be had. The reason for this is very simple: Most people are lying, and there are so many liars that people telling the truth may be also mistaken for being liars.

This is a very convenient way to propagandize a situation so badly that no one knows what to think, so they gravitate towards pet beliefs, often conspiracy theories and so on. Most of my readers know what I think about this whole situation, and while I posit and speculate, I also have to re-evaluate things all the time because the shift of narrative and occasional actual data and personal testimony tell me real information… the sad fact is that we really cannot know if the above statement is tinfoil hattery or if there is some or total truth to it.

I can tell you that these things appear to be known: 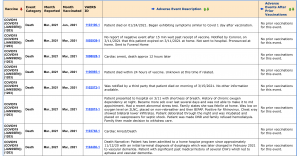 So, with all this information in hand, how is the Biden Administration planning to destroy the US Armed forces?

You guessed it: By forcing them to receive the jab, or face court martial.

The United States military, under the direction of Biden regime Secretary of Defense Lloyd Austin, is moving to require all service members to be injected with the COVID vaccine by September 15, according to a report from the Associated Press. Refusal to be injected could be treated as failure to obey an order, and unvaccinated soldiers may be subject to punishment under the Uniform Code of Military Justice.

“I will seek the president’s approval to make the vaccines mandatory no later than mid-September, or immediately upon” approval by the Food and Drug Administration, Defense Secretary Lloyd Austin declares in a memo to troops obtained by the Associated Press. “I will not hesitate to act sooner or recommend a different course to the President if l feel the need to do so.”

The requirement could be moved up to an even earlier date if ‘infections continue to rise,” and restrictions such as “wearing masks, social distancing and travel limits” will apply to unvaccinated service members in the interim. The Associated Press reports that “Military officials have said that once the vaccine is mandated, a refusal could constitute failure to obey an order, and may be punishable under the Uniform Code of Military Justice.”

Secretary of Defense for the Biden Administration Lloyd Austin is set to announce mandatory COVID-19 vaccinations for all active duty troops at the direction of Joe Biden, according to a report from CNN. “Defense Secretary Lloyd Austin is expected to seek authorization to make Covid-19 vaccines mandatory for all active duty troops as soon as this week, following President Joe Biden’s directive that the military examine how and when it could make that happen,” CNN reported.

“If the secretary makes that final recommendation, he could seek a presidential waiver to allow the vaccine to be administered to troops before full approval by the Food and Drug Administration. A Pentagon decision and recommendation on how to proceed could come this week, several officials say.”

Service members who have not yet taken the vaccine have been subjected to forced testing and quarantine, as well as compulsory mask wearing.

“The vaccines are perfectly safe“, the pundits say.

VAERS and the European Medicines Agency are not in agreement. Neither are those people who are sickened by the vaccines (I know two people who were badly sickened by the shots), and of course, the dead… but who hears the voices of the dead? They don’t tend to say much.

Maybe that is part of the plan.

Folks, I hope all this is wrong. But you see, in the midst of what is mostly opinion and speculation is a body of hard data as evidence. It would be one thing if the Ministries of Truth actually told the truth, like this:

We know that these vaccines represent their own unique threat to life and limb. We have evidence that shows that for some people, the decision to receive the vaccine resulted in injury or death. This vaccine is experimental, and has not passed through the usual strict regime of testing we normally require, due to the fears that COVID-19 was so dangerous that this extraordinary measure was seen as reasonable under the circumstances…

Of course, if the People In Charge said that, there would be no way they could go about trying to force and coerce people to be vaccinated, now, is there.

The denial of facts, the hiding of truth, no matter how inconvenient, and the willingness to take such risks with those most vital people in our country’s population – those who defend her – with their own destruction. The loss of so much as one soldier due to such negligent orders coming from his or her Commander-in-Chief (even though the present one is an imposter), is still a heinous crime. Our military forces deserve far, far better treatment than this.

Hi guys, Seriously I don’t know why So many people hesitate to try this, This is purely a great chance to earn money in such a pandemic . I work two shifts, 2 hours in the day and 2 in the evening…And I get a check of $12600. What’s awesome is I’m working from home so I get more time with my kids.

Well, they didn’t care when they used Agent Orange – why would they care now ? And its obvious Israelis are just white folks too – since they took the Phyzer jab – or did they? And we notice that many countries in the world are accepting the free Phyzer or Moderna handouts from Washington.
There is more to the story – and there is probably a huge cosmic event – headed our way too.

Helga I. Fellay
Reply to  GMC

GMC – interesting, you are the first one who mentioned something I had wondered about myself: “its obvious Israelis are just white folks too – since they took the Phyzer jab – or did they?” There was an excessive amount of news from the MSM about the excessive number of Israelis eagerly lining up to take these jabs, even though Israelis tend to be “sophisticated” enough to become well informed about all the dangers, deaths and debilities associated with these jabs. As the vast majority of those ruling over us are dual citizens, this may be nothing more than useful… Read more »

The United States is still the world leader in COVID-19 cases overall, and recently the number of new case per day reports (254,000) was just shy of the record high number of case-per-day reports, (304,000). This recent spike was with fifty-one percent of the population fully vaccinated. Only about 40% of Americans have received at least one shot- not 51%. The US corporate and political classes are on board with the Schwab-Gates Reset and white legacy population replacement with illiterate browns and blacks. This is why North American corporations and governments are demanding their employees take the shots or singled out for… Read more »

“Secretary of Defense for the Biden Administration Lloyd Austin is set to announce mandatory COVID-19 vaccinations for all active duty troops at the direction of Joe Biden…” But if Joe Biden is an imposter, and mentally incapacitated and unfit to be President, then his directives are null and void.

we all wish they were null and void, because Biden IS an imposter and IS indeed mentally incapacitated and unfit. But unfortunately it ain’t so, because those who stole the election to put him on the throne did so precisely because they needed someone like him to hide behind when carrying out their satanic agenda.

The American obsession with the word World is amazing. The Chinese do not want to “take over the world” and are astute enough to know that one country cannot rule the world. Its just too big for that. The Chinese want spheres of influence much like the Russians. Its only the US that has its eyes on the world.

Americans believe they OWN the World, and every human being living on this World, needs to bend the knee to them. 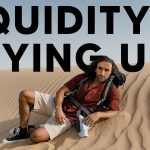 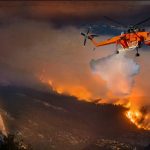