Last week both Martin Armstrong and Alistair MacLeod wrote about the changes to the Basel III rules and how they will greatly affect the physical and paper gold markets if implemented in their current form.

MacLeod’s article from last week is an excellent primer on the definitions and inner workings of the rules, the gold market and the changes to the rules.  The short redux is that the advantage to using unallocated accounts, savings accounts which are linked to gold by holding futures contracts, will end.

We’ve discussed parts of this in the past.  The process of creating fake supply to control the price of gold is on the line with these rule changes.

These rules are coming at the end of June for the European Banking System which will adopt the new Basel III rules. In short, the incentive to have exposure to gold as a pile of credit will go away if the banks can’t use any of that as part of their reserve calculations for their ASF – Available Stable Fundings.

Moreover, any physical gold they hold will be held at a 15% discount. Bottom line: these rules will make it impossible for the LBMA member banks to hold any exposure to unallocated pools of gold derviatives –futures and swaps — on their balance sheets.

It will force a liquidation of those positions and end any fractional reserve leveraging of gold used to suppress the price. There will still be futures markets but the whole of the gold trade will collapse back to simply coordinating supplies of gold from producers to consumers through time, like any other commodity market.

In effect, Basel III, if implemented in its current form, would change the gold market from a speculative one based on perceptions of the efficacy of monetary policy to control real interest rates to one that should force price discovery in an almost purely physical market. As I told my Patrons in May 16th’s Market Report video, physical gold will go from being the price taker to the price maker.

And the Free Gold contingency, of which MacLeod is one, will claim victory here. These are the people who have contended for years that once the leverage in the monetary system became so big it would collapse the paper gold market as it went bidless and everyone demanded physical.

In a way they argue the same end to the current system as Murray Rothbard predicted how Bretton Woods would end when someone — France under De Gaulle — would drain the U.S. Treasury of its gold if they believed the U.S. printed more dollars than could support a peg to $35/ounce.

I sense from reading MacLeod’s last two articles, he is doing his best to contain his optimism and exuberance.  Now, this week’s article from him goes into some speculation as to why this is happening.  And I think he’s avoiding the real issues.

MacLeod’s avoiding the elephant in the room in the same way that Martin Armstrong last week berated the BIS for these rules knee-jerk reacting to them as more evidence of regulator incompetence, not giving much credence that it may be part of a wider strategy.

To Armstrong’s immense credit he did warn us of this in 2019, stating that Basel III’s requirements would create the very liquidity crisis we’ve been inching towards since the blowout of SOFR in September 2019, which resulted in the market spasm I call the Coronapocalypse last March once the heroin wore off and the flood of liquidity created by the Fed since then to keep the financial system alive, if on life support.

But the cliff edge of Basel III is now right in front of us, if reports are true.

To me this situation begs a number of obvious questions.

And the first is, Why Now?

We’ve been discussing these changes vis a vis Basel III for more than five years. So, why, all of a sudden is Europe so hot to implement them in June and for the U.K. to adopt them in January 2022, knowing full well that this will end the bullion banks and the central banks’ program of controlling the rise in gold prices through the application of newly-printed money to create fake supply and allow nearly infinite leverage in the gold market relative to unencumbered physical supply.

MacLeod goes through the math in this week’s article speculating as to what the real available supply of gold is versus the stated available supply.  It’s vanishingly small if you assume, like he does, that both China and Russia vastly understate their gold holdings, which is a good assumption.

In October 2014 I published an article explaining why China had considerably more gold in storage than her declared reserves, and I estimated that by 2002, when the Chinese government removed the ban on personal ownership and opened the Shanghai Gold Exchange, the state could have acquired up to 25,000 tonnes. Much of this gold would have been leased gold sold into the London market …

That China had accumulated substantial undeclared bullion stocks was confirmed to me anecdotally by experienced China watchers. If we treat that as part of our estimate of monetary gold, and make an allowance for Russia, of perhaps an unrecorded 5,000 tonnes, monetary gold in the hands of everyone else appears to amount to only 15,000 tonnes.

So, again, why this, why now if suppressing gold is such a useful tool for continued faith in the central banks? Well, MacLeod gets about halfway there in my opinion.

Another popular theory is of an even wider financial reset. The BIS is coordinating research into central bank digital currencies, which if adopted cuts out the commercial banks altogether. In theory, it would allow central banks to more effectively target stimulus and do away with the destabilising cycle of bank credit. The ultimate aim could be to demote and then remove commercial banks from the financial system entirely, in which context the closure of derivative markets by regulatory means makes some sense.

That is the final act of the story not the beginning of it.

First you have to get through the crisis this would engender with the Central Banks 1) retaining some of the people’s faith they are competent and 2) they don’t go bankrupt in the process.

Now, because of its structure, the Fed can’t go bankrupt.  It can print unlimited amounts of credit and ‘elastic money,’ as Martin Armstrong terms it to cover any and all time-mismatches within the banking system.  That has been proven to be correct multiple times over the past 13 years since Lehman Bros. collapsed.

The ECB, on the other hand, can go bankrupt, since it has no capacity to do this.  All it can do is buy the sovereign debt of the member countries’ central banks and hand them back euros, while swapping around deckchairs on this monetary Titanic. There is a definable limit to this process, especially if rates rise as people lose confidence in the underlying economic activity of those countries and their fiscal positions.

This is absolutely underway, and it isn’t like this is happening on the periphery of Europe.  It’s happening in the core countries, like France and Germany.  This is why I keep harping on the rise in the German 10 year bund, up nearly 60 basis points since the beginning of the year, despite Lagarde’s heroic efforts.

In March ECB President Christine Lagarde panicked and doubled the rate of bond buying within the Euro-zone by the ECB to keep rates under control.  She has failed.  The market woke up to the fact that she’s a lawyer not a central banker.

This week the ECB made the statement that there are ‘elevated financial stability risks’ because of a a high stock market.  It was their ‘irrational exuberance’ statement.  But it’s really an admission that the entire system is melting down and they have no more capacity to keep it under control.

Lagarde increasingly looks like someone overmatched for her job from a money professional’s perspective. But from the political vandalism perspective, as practiced by her real boss, Klaus Schwab of the World Economic Forum, she’s doing a bang up job screwing everything up (…more) 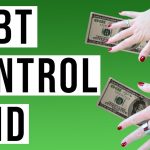 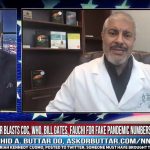