Doctor Anthony Fauci is probably worried. He is getting gradually more and more exposed by hits from the likes of Senator Rand Paul (R-Ky), and increasing media pressure from Fox News and even other media outlets.

The “it came from a bat through a pangolin (we think) to a human” narrative is coming apart as more and more documentation gets exposed in the mainstream. That documentation shows that the virus is likely an escapee from the Wuhan Virology Institute, and that its development was guided and supported through money sent from the United States, as authorized by one Dr. Anthony Fauci.

The story of how that happened is laid out here in a video we have repeatedly showcased. Thankfully, it has not been deleted; perhaps YouTube leaves it there as a hopeful example of “wackadoo conspiracy theories”, which admittedly is how I received this when I first saw it:

Perhaps this video is allowed to remain because it is so long that YouTube thinks no one will watch it; its low view count seems to support that idea.

However, everything in it is almost exactly the story that is gaining traction now, showing that the dear Doctor Fauci played an instrumental part in the development of gain-of-function research in the area of Coronaviruses.

After a few weeks of withering sessions with Jim Jordan in the House and Senator Rand Paul in the Senate, the notion that this incredible story may indeed be the truth is gaining traction.

Hence, most likely, this “pivot.”

The usual move when someone is caught who lies politically a lot follows a predictable trajectory: Lie and deny vehemently first and try to cast aspersions on the accusers. When that fails to work, slowly modify your story to acknowledge something may be true about it, but that it wasn’t you who perpetrated the act, and then, sometimes, the story persists enough to where the person has to admit it fully, face public disgrace, resign and somehow not get put in jail for it.

If Dr Fauci is going down this track, he is at Step Two now. A Fox News report published Sunday, May 23rd, had this to say:

Dr. Anthony Fauci says he is “not convinced” COVID-19 developed naturally, and called for an open investigation into the virus’ origins.

“There’s a lot of cloudiness around the origins of COVID-19 still, so I wanted to ask, are you still confident that it developed naturally?” PolitiFact’s Katie Sanders asked the nation’s top infectious disease expert in an event, United Facts of America: A Festival of Fact-Checkingevent.

“No actually,” Fauci, director of the National Institute of Allergies and Infectious Diseases (NIAID)  said, around 12 minutes into footage of the event, which was held earlier this month but overlooked by most media outlets. “I am not convinced about that, I think we should continue to investigate what went on in China until we continue to find out to the best of our ability what happened.”

“Certainly, the people who investigated it say it likely was the emergence from an animal reservoir that then infected individuals, but it could have been something else, and we need to find that out. So, you know, that’s the reason why I said I’m perfectly in favor of any investigation that looks into the origin of the virus,” he continued.

B.S. This is absolute B.S. Dr. Fauci was trying as hard as he could to blast Senator Rand Paul for “false stories” only about ten days ago. Remember this?

“Will you in front of this group categorically say that the COVID-19 virus could not have occurred by serial passage in a laboratory?” Sen. Rand Paul had asked Fauci during [this] Senate hearing last Tuesday.

Fauci did not explicitly rule out such a possibility: “I do not have any accounting of what the Chinese may have done, and I’m fully in favor of any further investigation of what went on in China,” he said. “However, I will repeat again, the NIH and NIAID categorically has not funded gain of function research to be conducted in the Wuhan Institute of Virology.”

Paul had claimed that funding through the National Institutes of Health (NIH) had been funneled to controversial Wuhan Institute of Virology — the Chinese lab that is believed to have played a role in the initial outbreak of COVID-19. Paul specifically zeroed in on gain of function research — which works on making pathogens deadlier or more easily transmissible. He alleged that a U.S. virologist had been working with the Chinese institute on such research and said it was funded by the NIH.

Fauci said at the fact-checking event that Paul had been “conflating… in a way that’s almost irresponsible” collaborative research into Sars-Cov-1, which emerged in China in the early 2000s, with Chinese scientists.

Trump administration officials and Republicans on the Hill have long argued there is a high chance COVID-19 was the result of a lab leak. The World Health Organization (WHO) declared the lab leak theory “extremely unlikely” last week, but even Dr. Tedros Adhanom Ghebreyesus, WHO chief, has said the research team’s assessment on whether the virus entered the human population following a laboratory incident was not “extensive enough” and requires further investigation.

The White House is trying to put some distance between itself and this story as well.

Let’s see what happens. This story is continuing to develop. Happily, it is developing in context of the US having much fewer new COVID cases, only 19,778 new cases nationally as of May 22. This is down so much that it may help “end” the tyranny of COVID in that country. This will also free people to investigate – and hopefully correct – everything that went wrong in this completely manufactured crisis. We are going to be picking up the pieces for years.

It makes no sense to dicuss the origin of a virus that has never been isolated. The article repeats all the major mantras from the msm: the virus kept the world “hostage” (governments did), “killed thousands of people” (ventilators and lockdown did) and that the virus has “killed and damaged” (this happens every flu season). It doesn’t mentions that “cases” are actually nothing more than positive outcomes of a fraudulent test and blames a non-proven virus of the “tyranny” that has been poured over us. This does not mean that there have been no attempts to create a more dangerous… Read more »

As I see it, the whole Covid event is nothing more than our political masters’ attempt to “stress test” mankind into seeing just how far they can get humans to comply. Many of us can see that the virus was deliberately manipulated and unleashed, that the rush to develop “jabs” was no more than to increase the pressure on people to take them – after all, they have been working on mRNA technology since 2010 or before – and they knew that some people would have serious consequences to their health from so doing. We also know that mask wearing… Read more »

Bill Gates has been thrown under the bus and next will be Dr. Fraudci. He should have been fired for what he did in the eighties with the fake HiV plandemic. HiV was in fact tuberculosis in the Hepatitis B vaccine as revealed in french court. First attempt of forced depopulation.

Love this guy. My Dad passed before the ‘Plannedemic’, but he had a REAL pandemic: polio in the late1920’s into Depression. Fortunately, my Grandma graduate of Barnard College had the ability to get him into NYC Hospital for Crippled Children. He spent 2 years there, but was walking again! Vaccines weren’t even discussed: it was all therapy & operations. Specialists from all over the world, including USSR! (Gave my Grandparents a laugh at meetings, but if they could contribute positively: Why not?) From family history, I’m very suspicious of the Fauchi & Gates group; Polio was NOT a money machine,… Read more »

Thank you for this expose’ on Weasel Fouci. However, The date of the original interviews need to accurate. Rashid did this back when all this was fresh news. I listened again and was so impressed that he knew all this “back when”. There’s no indication of the date. Same for others. Fouci lies and doublespeaks. Baric’s research was Gain of Function whether it’s stated in the papers or not. Fouci ridiculed Trump and got away with it. Rand Paul, a physician is, like his father, not a pushover. Fouci belongs in prison. Also for supporting the suppression of meds which… Read more » 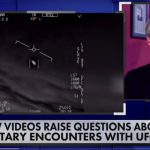