Back To Judge Sullivan. Persecution Of Flynn, A Sign Of Things To Come Under Biden Regime by The Duran

Back to Judge Sullivan. Persecution of Flynn a sign of things to come under Biden regime. The Duran: Episode 660. Via National Review (https://www.nationalreview.com/2020/09/michael-flynn-case-dc-circuit-rules-against-mandamus-case/)… It will come as no surprise to anyone who listened to the oral argument (or, ahem, read the coverage of it here at National Review) that the U.S.

It will come as no surprise to anyone who listened to the oral argument (or, ahem, read the coverage of it here at National Review) that the U.S. Court of Appeals for the D.C. Circuit has denied Michael Flynn’s petition for a writ of mandamus against District Court Judge Emmet Sullivan. General Flynn, President Trump’s original national-security adviser, was seeking to persuade the appellate court to order Judge Sullivan to dismiss the case against him on the Justice Department’s motion.

The ruling by the en banc court (i.e., consideration by all ten active Circuit judges who were not recused from the case) was 8–2. As predicted here, a strong majority of the court — whose Democratic appointees easily outnumber their Republican counterparts — lined up against two dissenting Republican appointees. In May, those dissenters, Judges Neomi Rao and Karen L. Henderson, had formed the majority of a three-judge Circuit panel that initially ruled in Flynn’s favor. The panel ruling was vacated when the full Circuit decided to hear the case.

I always thought that General Flynn has been treated disgracefully,a man who has fought for his country,and because he was a Trump appointee he was targeted for this mistreatment by people who have never served their country on a battlefield..p.s.,Hilary Clinton was well known for Not liking military types especially in uniform.What a way to treat your warriors.. :/ 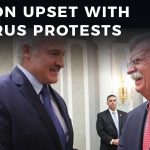 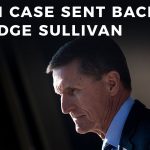