Catherine Austin Fitts Central Back Going Direct Reset taster video that you should subscribe to see the whole video.  It is worth it, the video is a must watch on what the central bankers planned and have actioned so far.

Central bankers are privatizing everything to gain central control of capital and political power.  I think we now know from John Titus’ work who is writing Biden’s policies and executive orders – the Central Banks.  I think we know who is paying Fauci and his friends to create chaos while the central banks pick our pockets and remove our political power. They are creating the downturn so they can come in to privatize everything by buying it with free money that they print.  The central bank mafia (NWO) is in charge of the printing press, it is running the US government in the shadows and stealing the wealth from everyone while hoping no one will notice the big steal.  They are not government entities, they are printing money which reduces your wealth then buying up cheap assets from people forced to sell due to the crisis that they created.   Catherine Austin Fitts says “It is economic war”,  against main street and the small business, and it was planned.  Catherine Austin Fitts: “They created a turndown not a downturn” John Titus: “It was engineered” The Fed is dictating economic policies direct to companies and the government.  The Fed are syphoning off money.  Get rid of the FED, the treasury can print their own money, we don’t need the Fed.  They are stealing all the wealth! Catherine Austin Fitts:  “This is the longest biggest bank robbery in history”  Who did it? THE FED!  It was a fairytale that Trump took over the FED!

The “novel” coronavirus pandemic marks the greatest turning point in U.S. monetary history since the creation of the Federal Reserve in 1913. The Virus Pandemic and the Federal Reserve are fascinating historical figures for many reasons, starting with the deceptions their very names work on the public. “Federal” Reserve falsely implies that “the Fed” is an agency of the federal government when in fact it is a cartel of 12 private banks1 acting in concert from different locations to skim interest payments off the top of the U.S. money supply in perpetuity. “Coronavirus pandemic” deliberately misdiagnoses the real disease at the root of the current crisis, which is not in fact any virus (hint: it has a 99+% survival rate) but rather a radical plan for the eventual takeover of the U.S. monetary system by the privately owned Federal Reserve.

The popular notion that a virus is the original force behind the current downturn doesn’t stand up to serious scrutiny. It’s easy if not trivial to look at a timeline of monetary events and see that the official monetary response to the “coronavirus pandemic” went into effect before there even was a pandemic. This means that the monetary “response” wasn’t initiated by any virus, but by something else. As it turns out, that something else was a radical monetary plan handed to the Fed for implementation six months earlier by BlackRock. Yes, that BlackRock—the one that had a central role in the Fed’s monetary “response,” which in actuality was nothing more than the execution of BlackRock’s plan.2

To put it bluntly, the actions taken by the Federal Reserve starting in March of 2020—actions that represented a massive departure from the Fed’s responses to crises before that time3—are exactly what BlackRock told the Fed to do in Jackson Hole, Wyoming over half a year before the World Health Organization (WHO) declared a pandemic. It was in August 2019, months before the first coronavirus story broke, that BlackRock instructed the Fed to get money into public and private hands when “the next downturn” arrived—which as luck would have it occurred less than a month later.

In a nutshell, this was BlackRock’s “going direct” plan,4 and what we are going to see here is how the Fed began executing—quite successfully—that plan (which enriched billionaires) before the pandemic was declared. The WHO’s declaration of the pandemic in fact coincides to the day with the Fed’s shifting BlackRock’s plan—already up and running—from mid-gear into high-gear, as the WHO had just armed the Fed with a huge cover story, the perfect distraction. Indeed, the Fed’s execution of BlackRock’s plan had shifted from low- to mid-gear a couple of weeks earlier, when the stock market plummeted following four months of trouble in the U.S. bond market.

The virus pandemic cover story thus permitted the Fed to kick the BlackRock plan into high gear with a massive and wholly unprecedented asset purchasing spree. But for the Fed, hyper aware of publicity as it is, the pandemic cover story came with a downside, which was that it had to actually do something to prop up the appearance of helping the public (which was and still is suffering badly under lockdowns).

In an effort to minimize that downside, the Fed came out with a rash of emergency measures that amounted to a handful of peanuts next to the trillions it was gifting billionaires. Those emergency measures arrived very late and were infected with admitted conflicts of interest at that. But those peanuts did buy the Fed some good press and enabled it to ride on the coattails of the Small Business Administration, which is where Main Street got real assistance—not from the Fed’s hackneyed jawboning.

To be clear, the Fed absolutely needed the 24/7 hype over the alleged pandemic as superficial justification for its massive $3 trillion balance sheet expansion, which in turn created $3 trillion of new money in private hands—exactly as BlackRock’s plan called for.5 Without the saturation air cover that the Fed had, its acts would’ve amounted to a naked money grab, which as it was even Jim “Mad Money” Cramer called one of the greatest wealth transfers in history.6

In actuality, as we shall see, the Fed only got around to its real plan for the public after its billionaire-enriching asset buying binge was all but over. Ultimately that plan is going to birth central bank digital currencies (CBDCs), which will give the Fed even more control over the U.S. than it has seized during the two-weeks-to-flatten-the-curve pandemic that goes on forever.

Once CBDCs go into effect, however, the Fed will soon discover that the next victim in the progressive game of centralized monetary control is none other than the Federal Reserve itself, which would be a good thing if its victimization could occur without taking the U.S. down with it. But that is another episode.

“The best time to buy is when there’s blood in the streets”.
Baron Rothschild
Ps. Even if it’s fake blood

If the treasury can print their own money, why not new “Greenbacks”? or…. “Colonials”?😉 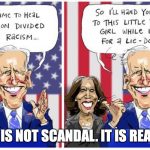