The Hollywood news / blog site Nicki Swift is certainly not the place one might approach to get good solid geopolitical or factual analysis on any person. The website is devoted to covering the elite, and with that comes an extremely liberal bias, because most of the Hollywood stars are pointed that way.

It is therefore surprising in a way to discover that Nicki Swift published a piece that really skewers the supposed Vice President as an utter and complete sham of a person, as well as a cunning political manipulator.

Perhaps it is not really that surprising, though, when one steps back and considers the question:

Can anybody think of one thing?

All this, of course, points to the illegitimacy of the 2020 election. It may make one think this way: “Either that election was totally rigged and dishonest, or we as a nation are in BIG trouble if that many people really thought Biden and Harris were a good choice for the nation.”

It shows. They are not.

We reprint some of the Nicki Swift piece here, with minor emphases made, and encourage our readers to take a walk on the wild side and read the rest of it. Sometimes even bias must give way to the truth, and when a person is either that good, or that bad, this is what happens. In Kamala Harris’ case, it appears to be resoundingly certain that this woman has no place in the White House except out of it.

“Are you a politician or does lying just run in your family?” quipped Fried Green Tomatoes author Fannie Flagg. And yes, politics is a shady business. The art of the possible means compromise — sometimes down to your roots. Expecting a virtuous pol is kind of like asking for a hitman without too much blood on their hands. Do you want somebody good or not!?

But will the fourth estate hold a Biden-Harris administration to account? The amount of giggling in Kamala Harris interviews thus far won’t win any Pulitzers. But it does speak to her skill playing the political-media two-step, where proximity to power means sources — and big stories that buoy bigger careers. Everybody wins. Except maybe the public.

Harris does have her critics, though. Many shouted about hypocrisy over Harris’ willingness to run alongside Biden after her debate-stage attack on his chummy past with segregationists, despite her somewhat confusing simultaneous declaration, “I do not believe you are a racist.” The Los Angeles Times even served some of her own medicine — noting a “tough on crime” past that disproportionately affected African American men. And though she was rated American’s most liberal Senator, The New York Times questioned her “progressive prosecutor” bona fides, detailing how she “fought tooth and nail to uphold wrongful convictions.” They argue, “she’s not” who she claims to be. To that end, we’re chasing down the shady side of the first female vice president in U.S. history.

(It is extremely interesting that The Washington Post itself was highly critical of this woman, and yet… And look at this video below. Everything about it is wrong, viewpoint wise, and yet, even for the creators of this trash, Kamala fails. It is truly amazing when a liberal cannot even feel the love of other super liberal people.)

Education and entry-level jobs are all well and good, but Harris’ career may have started in earnest when she met the powerful California “machine” politician and San Francisco Mayor Willie Brown, “a notorious womanizer,” in 1994, according to SF Weekly. Harris was 29, Brown 60 and married — but supposedly separated. He was everything in bay-area power politics and the two started a romantic affair. Brown was also allegedly corrupt, his office under investigation by the FBI. Harris eventually dumped her aged lover, but when she ran for District Attorney in 2003, Brown put his weight behind her anyway. Harris won, but “critics — including her opponents — were bemoaning cronyism at City Hall,” per Politico.

Once in office, Harris threw her former lover under the bus, calling the allegedly corrupt Brown an “albatross hanging around [her] neck,” via SF Weekly. The ambitious young politician declared her benefactor all but dead: “His career is over; I will be alive and kicking for the next 40 years. I do not owe him a thing.” Politico has thusly branded Harris “ruthless.” In 2020, the perhaps jilted Brown gave Harris some odd advice via his piece for the San Francisco Chronicle: “say no to [the] vice presidency.”

Laughing about marijuana (while throwing people in jail for it)

…During Harris’ run for executive privilege in 2019, the public’s view of this stinky little weed had changed dramatically and the then-aspiring POTUS was endorsing legalization. “I did inhale. It was a long time ago … It was a joint,” she admitted, stone sober, amidst one of her signature fits of inexplicable laughter, on The Breakfast Club. Harris claimed her experimentation was in college, and when asked who she listened to while high, she responded, “Definitely Snoop. Tupac for sure.”

Well, not for sure. According to Newsweek, critics quickly cited how Harris graduated Howard University in 1986, five years before either rapper released a debut album, while defenders claimed Harris was just confused by cross-talk, and was actually answering a more general question about artists she likes. Harris’ opponent in the Democratic primaries, Tulsi Gabbard, had a different, and perhaps more important grievance with the segment, ripping Harris for “put[ting] over 1500 people in jail for marijuana violations and then laugh[ing] about it when she was asked if she ever smoked marijuana.”

At this point, I wish to interject. Everything about this marijuana issue is wrong, of course. While this is not a popularly held opinion even here among The Duran‘s own readers, the issue of marijuana and all other drugs for me is simple: This is dangerous, mind-warping stuff, and we have no idea of the problems being caused by its use. However, I would also propose that the present inability in the United States to reason rather than attack, and the inability of many people to stand on simple, common sense points about how to live that are not even ideological, is because so many people are drugged in some way or another that they can no longer think. That probably has a major role to play in how Biden and Harris won the 2020 election, assuming it was not falsely rigged (which also would be attributable to drug use.) I write all this because my stance on drugs is “No. Just no.” and I do not want my referencing another writer’s far more liberal view to appear as though I support it. I do not. Back to the piece…

An innocent man stayed behind bars because of Kamala Harris

In 1998, a fight broke out in a parking lot in California’s San Fernando Valley. Cops thought they saw a man, Daniel Larsen, ditch a knife under a car. Larsen protested his innocence, but also had two serious prior felonies, and under California’s harsh three-strikes policy, was sentenced to 28 years to life, according to The Atlantic.

The Innocence Project eventually took up Larsen’s case. [It t]urns out Larsen’s trial lawyer bungled it badly; his most egregious error being that he never had the knife processed for fingerprints. Sworn testimony from a retired cop also later showed Larsen never had the knife — another man did, William Hewitt. Hewitt felt so badly someone else was blamed for his crime he sold his motorcycle to pay for Larsen’s bail. Larsen’s attorney was later disbarred for his incompetence and a judge ordered the state to retry Larsen or let him go.

Harris could’ve done just that. Instead, her office fought to keep Larsen locked up — on technical grounds — because he hadn’t filed his petition quickly enough. Larsen spent two more years in prison, battling Harris’ office. Harris’ team eventually lost its bid to keep this innocent man behind bars, via appeals court, but that didn’t stop her from blocking all financial compensation due to Larsen for the wrongful conviction. In 2019, Larsen, who spent over a decade in prison for a crime he didn’t commit, never saw a dime, and, “now lives in a small garage and relies on welfare payments.”

We have a real prize bitch in the White House, make no mistake.

Nothing new here. Scum always floats to the top.

The decline and fall of the Roman Empire may have been due to the widespread use of lead in plumbing and cooking utensils, making people goofy. In America it may be drugs (and the war on drugs), as well as self-indulgence and excessive consumption in the middle class. It is complex but plain to see.

Why is Kamala referred to as Black? Her mother was from India, Her Jamaican Islander father had Caucasian (White) and AfroAmerican heritage but I couldn’t find a run down on his background. But Afro American appears to be a lesser part of her heritage. Her largest heritage is from India. 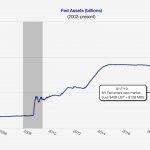 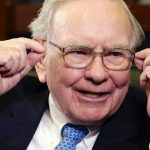