Ready for another rendition of the “no one could have known” routine made famous by all the self-proclaimed liberals who shamelessly went along with the Neo-Cons planned and lie-supported destruction of the Middle East nearly two decades ago?

As in “no one could have known” that by shutting down life as we know it to focus obsessively on a virus mostly affecting what is still a relatively small number of people at the end of their lives (yes, oh squeamish ones we must summon the courage to talk about Quality Adjusted Life Years when making public policy) we probably would:

1. Cause economic devastation and hence excess deaths, suicides, divorces depressions in much larger numbers than those killed by the virus.

2. Provide an already monopolistic and predatory online retailing establishment with competitive advantages in terms of capital reserves and market share that will make it virtually impossible at any time in the near or medium future for the country’s and the world’s small and even medium-sized businesses to ever catch up to them. And that this will plunge huge sectors of the world-wide economy into serf-like ruin, with all that this portends in terms of additional death and human suffering.

3. Cause greatly increased misery and countless additional deaths in the so-called Global South where many people, rightly or wrongly, depend on the consumption patterns of us relatively fortunate sit-at-homers to make it through the week.

4. Destroy much of what was attractive about urban life as we know it and lead to a real estate collapse of extraordinary proportions, turning even our few remaining showplace cities into crime-ridden reserves of ever more desperate people.

5. Force state and local governments, already struggling before the crisis, and unable to print at money at will like the Feds, to cut their already insufficient budgets at a time when their broke and stressed constituents need those services more than ever.

6. Push “smart” monitoring of our lives, already intolerable for anyone still clinging to memories of freedom in the pre-September 11th world, to the point where most people will no longer understand what people used to know as privacy, intimacy or the simple dignity of being left alone.

7. Train of a generation of children to be fearful and distrustful of others from day one, and to view bending to diktats “to keep them safe”, (no matter how empirically dubious the actual threat to them might be), rather than the courageous pursuit of joy and human fullness, as the key goal in life.

We will also no doubt be told that no one could have imagined or known at the time:

That governments often make policy on the basis of information they know to be largely unsubstantiated or flat-out false. Because they know (Karl Rove spilled the beans in his famous interview with Ron Susskind) that by the time the few conscientious researchers out there get around looking past the hype to debunk their initial storylines, the structures favorable to them put into place on the basis of the false narrative will have been normalized, and thus be in no danger of being dismantled.

That our educational institutions, already failing miserably in the essential democratic task of educating the young to engage in productive conflict with those whose ideas are different than their own, will only further promote dehumanization of “the other” through ever-greater reliance on the disembodied practices of remote learning. And that this, in turn, will only encourage the further growth of the “drive-by shooting” approach to “coping” with new and challenging ideas seen so often in our public “discussions” in recent years.

That further fomenting the alienated and alienating educational practices mentioned above will make than it easier than it already is for our oligarchs to enhance their already obscene levels control over our daily lives and long-term destinies through divide and rule tactics.

That according to the Institute for Democracy and Election Assistance (IDEA) fully twos thirds of elections scheduled to be held since February have been postponed due to COVID. And that this does much to accustom citizens and populations to the idea that one of their few remaining democratic rights can essentially be taken away on the basis of bureaucratic whims, creating a dangerous “new normal” that obviously favors the interests of established centers of power.

That Sweden and other countries developed much more proportionate, culture-saving and dignity-saving ways to live safely and much more fully with the virus.

That Anthony Fauci has a well-documented tendency to see every health problem as being amenable to expensive pharmaceutical solutions (some might even call it corruption), even when other less intrusive, less expensive, and equally effective therapies are available.

That the recent history of using vaccines to fight respiratory infections has been ineffective when not grotesquely counterproductive.

That during the first half of the 20th century the infectious disease of polio was a constant danger, culminating in 1952 with a devastating toll of 3,145 deaths and 21,269 cases of paralysis in a US population of 162,000,000, almost all of the victims being children and young adults. The danger then to the under-24 population (some 34 million) of being infected (.169%) paralyzed (.044%) or killed (.0092%) far outstripped in percentages and, obviously, severity anything COVID is doing to the same age group. And yet there was no talk of blanket school closures, cancelled high school, college and pro sports or, needless to say, lockdowns or masking for the entire society.

That the Hong Kong flu of 1968-69 killed between 1 and 4 million worldwide and some 100,000 in the US (.048% of population killed) and that life similarly was not stopped. Indeed, Woodstock took place in the middle of it.

That the decisions to get on with life in all of these cases were probably not the result, as some today might be tempted suggest, of a lack of scientific knowledge or lesser concern for the value of life, but rather a keener understanding in the more historically-minded heads of that time that risk is always part of life and that aggressive attempts to eliminate this most ubiquitous human reality can often lead to severe unwanted consequences.

That there were many prestigious scientists, including Nobel prize winners, who told us as early as March that this virus, while new, would in greater or lesser measure behave much like all viruses before it and fade away. And, therefore, the best way to deal with it was to let it run its course while protecting the most vulnerable people in society and letting everyone else live their lives.

That significant information platforms banned or sidelined the views of these high-prestige scientists, while aggressively circulating the words of jokers like Neil Ferguson at Imperial College, whose stupid and alarmist predictions of COVID mortality (the latest in a career full of stupid and alarmist, but not coincidentally, pharmaceutical-industry-friendly predictions), gave politicians the pretext for setting in motion perhaps the most aggressive experiment in social engineering in the history of the world…

And “The science” told them to go along with it.

Excellent article! I always sensed the whole thing was another Dem Hoax. They will stop at nothing to destroy our President and the country. I’m quite sure the cabal that funded the caravans of poor migrants up from Central and South America to the USA are the same people that funded this new covid-19 hoax. They care nothing for the millions of lives they destroy, they only care about Power. Bezos was probably in on it, right along with Soros and Bloomberg. Evil people! Evil! Unfortunately, Trump does care about the American people, and therefore he was unwilling to take… Read more »

These days it is easier to see what the deep state is up to by noticing what they are NOT talking about than what they are: They don’t talk about countries like Morocco where COVID deaths are in hundreds. Do they use Hydroxychloroquine at the first suspicion of an infection? You bet they do, and that’s why Dr. Fauci doesn’t want you to know anything about it. They don’t talk about long-term effects of COVID. There are viruses and infections out there which are very hard to clear entirely from the patient. Typically, if an infection lasted more than a… Read more »

Forgot to add that lack of talk of WHICH substance is a good antiseptic for COVID is also telling a lot. There is only ONE, repeat ONE antiseptic that kills COVID-19 in seconds. All others either don’t kill it at all or do that so slowly that they are useless. The only antiseptic that destroys COVID-19 within seconds is 90-100% ETHYL ALCOHOL. But, such alcohol is illegal in the US. 70% may work too, but the problem there is that if you are using it on something wet (E.g. a bag of frozen food you just bought at the supermarket… Read more » 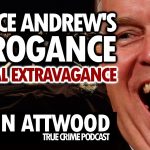