As fears persist of overwhelmed medical systems and at-capacity hospitals nationwide, data indicate that ample hospital space remains available for both COVID-19 patients and other medical needs, with one official at a major hospital network stating that the country is “managing pretty well” the latest surge of COVID-19.

For most of 2020, rising positive test results of COVID-19 have brought with them fears of swamped hospitals, overwhelmed medical systems, emergency patients being turned away, and COVID-19 patients being triaged, suffering and dying in hallways and vestibules.

Much of that fear crystallized in the early stages of the pandemic, when parts of the northern Italian medical system were put under significant strain due to a crush of COVID-19 patients. In response, leaders and medical officials around the world suspended elective surgeries and constructed emergency medical facilities to cope with anticipated waves of COVID-19 patients.

In many cases those facilities were eventually shuttered for lack of patients, even after millions of dollars had been invested in their construction. In Chicago, for instance, the city spent $120,000,000 on four facilities to treat a total of 38 patients.

The latest spike in positive COVID tests has brought renewed fears of hospitals straining under an influx of COVID-19 patients, with some facilities across the country reporting difficulties managing large numbers of patients, either from a dwindling number of scarce beds or not enough medical officials to man them, or both.

Capacity nationwide appears to be far from overwhelmed

Yet federal government data compiled from state-level reports suggests that hospitals nationwide have considerable space left to deal with both routine medical issues and COVID-19 patients.

The Department of Health and Human Services offers on its website estimates of hospitalization rates across the United States. The data, the department says, is “estimated from hospital submissions, either reported through their state or reported through HHS Protect,” which the department describes as “a secure data ecosystem … for sharing, parsing, housing, and accessing COVID-19 data.” (HHS did not respond to queries about any limitations or caveats to the data.)

The HHS numbers belie forecasts of impending collapse of the U.S. medical system. As of Saturday, the department estimated that hospitals nationwide were at about 75% capacity. ICU beds were even lower, at 63.5%. Patients who had tested positive for COVID-19 occupied just under 15% of all beds nationwide.

Even in areas that have recently posted huge surges in positive COVID tests, the numbers were largely similar to the national average: In New York, 76% of hospital beds (and 61% of ICU beds) were taken.

In California, where positive test results have skyrocketed, 76% of inpatient beds were likewise filled (though the ICU numbers were notably higher than New York’s, at 79%).

Ohio, which has also seen a surge in positive tests over the last few months, has 71% of inpatient beds taken, and 77% of ICU beds.

Those numbers are not far out of line with national average occupancy rates seen in normal times and are, in some cases, lower than what are widely considered optimal rates.

‘We are not in crisis care’

The problem, she pointed out, is that a virus like COVID-19 can “quickly overwhelm that last 15%” due to its virulency and ability to send a significant number of patients to the hospital at once.

Roberts, who coordinates the chief medical officers of Providence St. Joseph’s 51 constituent hospitals across seven states, said her system has been working creatively to address spikes in patients.

“We’ve spent a whole lot of energy decreasing the other number of patients as we possibly can,” she said, “trying to do hospital-at-home models, stopping non-urgent procedures that require ICU space. You can’t stop emergency. But you can stop some things that are coming into the hospital, say, a knee replacement.”

Roberts confirmed that none of their hospitals is turning patients away.

“We’ve not done anything like close our emergency departments,” she added, “and I can’t imagine that happening.”

Roberts said that her system’s hospitals are “reflecting the national emergency” as they deal with increases in patients.

“There are guidelines for emergency situations of normal care, contingent care, and crisis care,” she said. “We are not in crisis care. That’s where New York was, earlier in the pandemic. They were in crisis mode.” Improvements in such factors as personal protective equipment have mitigated those challenges somewhat since then, she said.

Roberts noted that the critical issues are “less about bed capacity and more about staff capacity,” particularly as staff get sick — including with COVID-19 — and must take time off, stretching other staff even thinner.

Of course, many medical facilities across the country are working under considerable strain to deal with the current spike. Some hospitals, such as locations in California, Texas and elsewhere, have been forced to set up tent-based medical facilities to deal with surges in patients. Yet similar circumstances have been seen during particularly virulent flu seasons, as happened in 2018 in states across the country.

The novelty of COVID-19, of course — along with its high virulence — means the coronavirus pandemic may pose a more significant risk of overwhelming hospitals than even a nasty flu season.

“The difference now compared to the spring and summer surges,” Roberts said, is that “in those first two surges … we would see a surge in Seattle and the rest of our system would be okay. A week later we’d see a surge in Southern California, and the Seattle surge would be down. What we’re seeing now is a surge across the whole country. It’s not so local as it used to be.”

Still, she acknowledged, “the country is managing pretty well” — an assessment which accords well with current national hospital occupancy data.

In our region, the same information It seems that hospitals are beginning to adopt or somehow control the number of patients. This fact is good news. I just got out of the hospital. Our department was not separated for COVID patients. But just on the day of my baking, it turned out that one of the patients showed symptoms of COVID. Now I am thinking about how the hospital will deal with the whole ward. That patient with COVID also needs help from narrow-profile doctors!
Regards: Sophie – https://edocbd.com/ 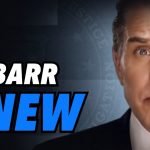 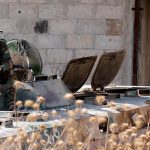