Well, is it true that 85,000 have died early because of Covid? To get a better idea we can look again at the graph I left you with last time, which showed how the Age Standardised Mortality has varied recently. Thanks to links kindly provided by those who have commented, this graph is produced directly from ONS statistics and goes back to 2001. On this occasion I have averaged the results over a three-month period.

If I hadn’t lived through 2020, I don’t think the figures would point me to it as the obvious year which contained a pandemic.

For a start, from 2001 to 2011 there is a steady improvement in mortality, levelling out after 2011 (things I’m going to leave you to comment on). The figures show 2020 to be significantly below some relatively recent years.

The annual rise and fall of deaths

2020 has a kink on the way up but it shares with other years the repeated winter rises and summer falls in mortality. We don’t entirely know why these happen. It may be to do with the transmission of respiratory diseases. Perhaps ultraviolet from the sun destroys viruses in aerosols. Or it may be that the low sun means that many of us are so short of vitamin D that it leads to the increased mortality.

The oscillating nature of winter deaths

You can see the oscillating death rates – the 2009 swing from 0 per cent down to minus 5.3 per cent, the 2016 swing from 4.2 per cent to minus 2.6 per cent, etc. What is pretty clear is that previous years’ rises and falls are bad predictors of the following year because of the oscillating nature of winter deaths.

This table shows that the mortality for 2020 was 12.8 per cent more than 2019 – less than the 14 per cent figure put about by the BBC. Is the BBC figure wrong? Well, no. But the BBC is comparing raw death figures and such a comparison ignores the fact that the population in 2020 is both larger and older than in 2019. The only way to compare one year fairly with another is to use standardised mortalities.

But what about the figures that are trotted out every week (‘compared with the averages of the previous five years’) – are they not raw figures?

Yes, indeed. Every time comparison figures are given to us by the media or the government they use raw comparison figures, not Age Standardised Figures. This makes increases in death rate seem bigger than they actually are. As for the rise from 2019 to 2020, it is significant. But before deciding how significant, we need first to consider what death rate for 2020 we should have expected.

I have said all along that government figures for C-19 are a “fudge”. It’s becoming more clear that they are actually a tissue of lies for the most part. “Lies, damn lies and statistics”?

Here is an interesting look at one of the newly recommended testing methods for assessing the presence of the SARS-CoV-2 virus:

Given that there are few original thinkers in Western governments and that our leaders simply followed China’s lead on lockdowns, we had better get used to the idea of dropping our pants and being violated with a cotton swab, all in the name of “protecting humanity”.

Well…you could say “NO”

If 2020 mortality rates are indeed worse than average it’s because of the draconian lockdowns rather than covid-19. It’s now clear from evidence all over the world that lockdowns have discernible effect on the spread of the virus, but no one but a complete idiot would pretend that if you criminalize normal social activities, forbid people not only from meeting close friends and family but put them under virtual house arrest, close down all inside leisure activities, stop face to face doctors’ appointments, cancel or postpone surgery,and scare the populations with misleading statistics bordering on lies, this is not going… Read more »

I’d actually prefer them to be taken out and shot. If they’re put away for a long time, the taxpayer will have to “invest” in keeping them, prisons are not free!

only if you trust BBC lying machine. I don’t.

The BBC are a liability to humanity.

More than 300,000iu hasn’t been tested since early 1900’s when the Head of a Congressional National effort led a effort to prove how safe Vitamin D was. 300,000iu worked just great for him. There’s no amount of D ever proven “dangerous”. Only the Drug Cartel pushed such an idea, greatly reducing the use of VitD and the National Health. Pretty upsetting at the time, because it was understood then generally how central to Health VitD was. We don’t know that anymore. The normal dose then was between 25,000 and 100,000iu a day. I never take less than 10,000iu per day… Read more »

The impact of the “lock down” 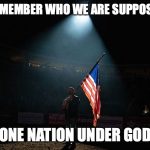 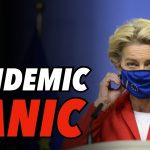