The Turkish-backed factions continue to attack the Syrian army points in Idlib countryside for the second day in a row, as they tried to change the direction by opening “Neirab” front, east of Idlib, after their failure on the axes of Jabal Al-Zawiya in the south.

Sunday morning, clashes erupted on Neirab axis in Idlib eastern countryside, as the militants tried to advance towards the Syrian army areas of control, but the latter responded resulting in killing and wounding more than / 10 / militants.

The sources added that “changing the direction of attacks from the southern countryside of Idlib to its eastern is an attempt by the militants to disperse the Syrian army or move around its positions on Jabal Al-Zawiya front in the southern countryside, which has been witnessing in turn  violent attacks lately, all of which have failed.”

In the same context, the sources indicated that the Syrian army today targeted several sites of the Turkish-backed militants in the countryside of Idlib and Latakia, specifically in “Salour”, “Qarat Omar” and “Shamir Tahtani” in Latakia northern countryside, and the vicinity of “Al-Bara”, “Kansara”  and “Benin” in Idlib southern countryside.

Similar clashes broke out yesterday, Saturday, between the Syrian army and the armed factions on several axes in Jabal Al-Zawiya area, the heaviest was on “Al-Dar Alkabira” front followed by targetings on “Ma’art Al Noman” and “Al-Mlaja” village of the same countryside. 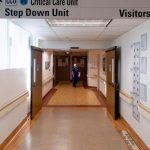 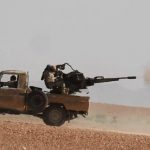