Heidi Peltier, of Brown University, issued, on August 9th, a study, “Wartime Contract Spending in Afghanistan Since 2001”, reporting that:

Over the 20-year period of the United States intervention in Afghanistan (2001-2021), the U.S. Department of Defense (DoD) paid various companies about $108 billion in contracts for work in that country. This is in addition to the trillions of dollars spent on DoD contracts performed in the U.S. over that period. Of the $108 billion spent in Afghanistan, over 40 percent went to the 13 largest companies, which each received over one billion dollars in total contract spending, with the largest receiving over $13.5 billion.

There were also thousands of smaller contracts, and over one-third of the contract spending went to “undisclosed” recipients — domestic and foreign businesses who are not uniquely identifiable in the publicly available contracting databases, …

These funds were distributed and spent with a significant lack of transparency. When the DoD registers certain contract recipients as “undisclosed” or “miscellaneous,” it becomes difficult or impossible to track contract spending and thus to conduct oversight or assess effectiveness and waste. Additionally, a number of companies performed services in Afghanistan under multiple different business names. …

Many of the companies that performed these tasks are labeled as “undisclosed” in the data, …

The Department of Defense Inspector General (DODIG) conducted numerous reports and found that wartime contracting in Afghanistan was rife with problems. “The most common deficiencies in contingency contracting identified in these reports were nonperformance and improper payments. Nonperformance occurs when contractors do not provide goods or services in compliance with contractual requirements. Improper payments include instances when contractors are paid more than is justified or stipulated for the goods and services they provided.”

Taxpayers and lawmakers … have no idea who is profiting from U.S. tax dollars or whether those dollars are being used for their intended purposes.

All of this is normal. After all, the U.S. spends about as much on military matters (and not ONLY in its ‘Defense’ Department) as do all of the other nations in the world combined. I headlined on 13 January 2020, “Trillions of Dollars in U.S. Military Spending Are Unaccounted-For”, and opened with:

Before documenting that many trillions of dollars in U.S. Government military spending have been and are unaccounted-for, and that by far the most corrupt U.S. federal Department is the ‘Defense’ Department, it is important to document here, by means of the links that will be provided in this article, that, at least after the 9/11 event, the most respected institution in America has been and is the military, and so there exists in the United States a profoundly deceived public, which is a reflection of America’s having also a thoroughly corrupt national press or ‘news’-media, a U.S. press that is controlled by the same group of individuals who control the ‘defense’ contractors such as Lockheed Martin — the firms that derive all or almost all of their incomes from sales to the U.S. Government and to its allied governments. In other words: the U.S. is controlled by a racket, and is not (in any other than the formal sense — e.g., its Constitution) a democracy. Consequently, this article will document in its links, that the publicized and widespread view that the U.S. is a democracy instead of a dictatorship is false and results from the dictatorship’s control over America’s press, with support from also the press in countries that are allied with and vassals of America’s dictatorship.

There has, however, been a slight change since that time. On 5 July 2022, Gallup bannered “Confidence in U.S. Institutions Down; Average at New Low” and reported that, “Confidence currently ranges from a high of 68% for small business to a low of 7% for Congress. The military is the only institution besides small business for which a majority of Americans express confidence (64%).” So, now, after America finally abandoned Afghanistan, the American people have slightly less admiration for America’s Military Industrial Complex than during the period, from 2001 through 2021, while the U.S. Government was destroying that poor country, and while the MIC’s owners — the stockholders in the military contractors — were secretly raking in uncounted billions of dollars from this military operation that was wrecking an already poverty-stricken country in Asia.

At this rate, perhaps by the end of this Century, the American people will recognize that our Government hasn’t destroyed only poor foreign countries that Americans have been deceived (by press that’s virtually owned by the MIC) into hating and despising, but our own country; and then the political leaders whose careers were funded by the war-profiteers and their ‘news’-media (and who won public offices because of that money) will come to be publicly recognized as having wrecked not only countless foreign countries, but America itself.

But will it actually take that long? Where the public really don’t want to know, progress can turn out to be shockingly slow. It’s “See no evil, hear no evil, speak no evil,” while being surrounded by evil; but, maybe there will instead be a Second American Revolution, and one more like what happened in France in 1789 than like its predecessor, which had happened here. America didn’t have guillotines then, but did have plenty of other things it could have used, and might use even now, in a Second American Revolution — that and worse — against America’s aristocracy, who own the MIC and its media, and who s‘elected’ the public officials. However, will things need to get, in America, much worse, before that would happen? Or will it not happen, at all, until too late, when all will have been already lost? No one can yet say.

Americans’ respect for the country’s MIC (“The military”) shot up from 66% to 79% between 2001 and 2002, and remained remarkably stable there until 2021 when it was 69%, but finally it edged down in 2022 to 64% (for the first time in decades now: it’s the second-most-admired “Institution” in America) — all the while destroying millions of people throughout the world. It hasn’t done the American people any good that can balance out the sheer evil that it has been perpetrating throughout the world. It should therefore be called “the U.S. Department  of Aggression” (instead of ‘Defense’) because that is what it is and recently has been; but will America’s ‘news’-media start referring to it as what it actually is, or instead continue calling it what the propagandists for it had lied to name it, back in 1947 (the ‘Defense’ Department)? How long will this con continue? How long will the lie about the MIC go on?

To remain blind to this evil will be willingly blind, because the vast scope of this evil is becoming increasingly undeniable. For example: on August 9th, NPR headlined “Iraqis have been exposed to the effects of burn pits for more than 10 years”, and reported that Iraq War veterans will finally get healthcare coverage for the damages that the months-long burn-pits which their superiors ordered in 2009 to destroy evidence caused. The Republican news network Fox News Channel headlined on 30 July 2022, “I was exposed to toxic burn pits in Iraq; Republicans turned their backs on veterans like me”, and published an essay against congressional Republicans who opposed providing this healthcare coverage to U.S. soldiers who became poisoned by that burning. Some of these soldiers are suing their Government over this. However, virtually all of the news-reports in U.S.-and-allied countries are about those veterans (Americans), not about the far worse damages that were done to Iraq’s residents from these toxic burnings, which went on for months on end, and not merely for the briefer periods which America’s soldiers experienced. Obviously, this (like America’s invasion of Iraq itself) was an international war-crime, but it’s routine for America’s most-respected, or, now, second-most-respected, “American institution.” The criminality against Iraqis was even worse than the criminality against America’s soldiers, but if there is to be another American Revolution, it will come from Americans, not from the countries that the U.S. regime has raped. Only Americans can solve the problem of America’s Government, if we will. Only we Americans can do it. The guiding spirit would be America’s Founders. And it would require their courage, and ideals, to restore what they had dreamt of, and to finally make it become real.

Thank you, Eric. Here again perhaps there is something The Duran can do. Why not publish comprehensive video accounts of those injured, American and Iraqi, to heighten awareness? If well done, some of what is produced might be picked up by other publishers, reaching a wider audience, fostering wider awareness of and wider dissatisfaction with the harmful U.S. activities of which you write. There is the potential of getting these educational and organizing efforts funded.

The U.S.’s military-industrial-congressional complex is the largest and most powerful and probably most important progenitor of destructive actions upon which we would have any hope of effecting reform and therefore should be the main focus of any educational / awareness raising campaign. Taking on more than one ‘bad actor’ at a time would probably diffuse any effects we would have, to the point of impotency.

Would have to do something about the FBI and CIA to start. 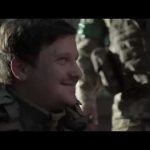