Gaza is separated from Jenin refugee camp in the West Bank by Israeli territory, and yet the current Israeli attack on Gaza, and the deaths, injuries and destruction of homes is directly connected to Jenin, the center of Palestinian resistance.

On Friday, the Israeli Defense Forces (IDF) carried out a long range assassination of Tayseer Jabari, a leader in the Palestinian Islamic Jihad movement (PIJ). He was killed when his home was attacked by Israeli missiles fired at the high-rise residential building Palestine Tower in Gaza. At least 10 people were killed along with Jabari, including a five-year-old girl, Alaa Kaddum. After the horrific blast in the residential building, dozens of terrified and injured residents were seen pouring out of the building and into the street where ambulances were arriving.

Jabari was assassinated in an unprovoked attack. According to Israeli Prime Minister Yair Lapid, “Israel carried out a precise counter-terror operation against an immediate threat.” However, no evidence of any planned attack on Israel was offered in defense of their unprovoked assassination of Jabari which led to at least 15 collateral civilian deaths and 125 injured.

In response to the attack, the PIJ fired more than 200 rockets from Gaza at Israeli cities and illegal settlements. Israel’s Iron Dome missile defense shield intercepted most, but sirens sounded in a number of Israeli cities throughout the night. The IDF continued to fire rockets into Gaza into the early hours of Saturday morning.

According to channel 12 of Israel, the medical center in Ashkelon has admitted 20 Israeli citizens with injuries. The electricity is cut off in Gaza, and Israel has cut off fuel deliveries to produce electricity in Gaza, which will result in medical services being compromised.

A building in Sderot was struck and damaged. A factory in Ashkelon received a direct hit from Gaza and suffered severe damage.

Hamas is the strongest resistance group in Gaza, and is the governing body. They have stated they will not keep silent in the current situation and will show a united front with PIJ.

On May 11, Palestinian-American veteran journalist, Shireen Abu Akleh, was waiting with other journalists in the early morning to report on the IDF incursion into Jenin. According to the UN report, the only arms present were the IDF, and several shots were fired at the journalists huddled by a tree. One bullet hit journalist Ali Sammoudi in the shoulder. Two more bullets hit the tree where Shireen stood, and finally the bullet meant to kill her hit its mark.

Ravina Shamdasani, of the Office of the High Commissioner for Human Rights (OHCHR) said from Geneva, “the shots that killed Abu Aqla and injured her colleague Ali Sammoudi came from Israeli security forces and not from indiscriminate firing by armed Palestinians, as initially claimed by Israeli authorities”.

“It is deeply disturbing that Israeli authorities have not conducted a criminal investigation,” she added.

Ms. Shamdasani said the OHCHR had “found no information suggesting that there was activity by armed Palestinians in the immediate vicinity of the journalists”.

Michael Lynk, the UN Special Rapporteur for the situation of human rights in the Palestinian territory said, “There is today in the Palestinian territory occupied by Israel since 1967 a deeply discriminatory dual legal and political system, that privileges the 700,000 Israeli Jewish settlers living in the 300 illegal Israeli settlements in East Jerusalem and the West Bank.”

Lynk added that “there are more than three million Palestinians living under an oppressive rule of institutional discrimination and without a path to a genuine Palestinian state that the world has long promised, is their right”.

“Another two million Palestinians live in Gaza, described regularly as an ‘open-air prison’, without adequate access to power, water or health, with a collapsing economy and with no ability to freely travel to the rest of Palestine or the outside world,” said Lynk.

Lynk clearly defined Israel as an apartheid state, which conforms to the definition as a “political regime which so intentionally and clearly prioritizes fundamental political, legal and social rights to one group over another, within the same geographic unit on the basis of one’s racial-national-ethnic identity”.

Some thought apartheid had been abolished with the dissolution of the old colonial South Africa regime, but Israel has picked up the torch of oppression and racism and there is no end in sight to the crimes against humanity in Palestine carried out by the closest ally of the United States of America in the Middle East.

Lynk delivered his report to the UN’s Human Rights Council adding that Israel’s military rule in the occupied Palestinian territory has been deliberately built with the “intention of enduring facts on the ground to demographically engineer a permanent, and illegal, Israeli sovereign claim over occupied territory, while confining Palestinians in smaller and more confined reserves of disconnected land”.

The international community, headed by the United States of America, have kept Israel in a protected state of impunity, and without threat of accountability.

The Biden administration and the US State Department issued a statement used to cover all crimes by the IDF. The mantra chanted in Washington, DC. is, “The US recognizes the right of Israel to defend itself.” No mention is made that the IDF attacked Gaza without any provocation.

On Monday night, the IDF entered Jenin and arrested Bassem Saadi, the leader thereof PIJ. During the violent arrest in his home, his wife Nawal was injured by the IDF and was later hospitalized.

The IDF also shot dead 17-year-old Dirar al-Kafrini, late on Monday in Jenin., and have arrested 19 members of PIJ in raids across the West Bank.

Gaza, is a Palestinian enclave on the eastern coast of the Mediterranean Sea. In 2006 they held elections which had been promoted by the US as democratic. However, the US didn’t count on Hamas winning the support of the people in the election, and have been governing Gaza since.

Because of the US displeasure in the process of democracy in Gaza, Israel and the US have boycotted Gaza and the residents live under siege and blockade.

In 2012, the United Nations Country Team (UNCT) in the occupied Palestinian territory warned that the Gaza Strip might not be a liveable place by 2020, and as of 2020, Gaza had suffered shortages of water, medicine and power, a situation exacerbated by the coronavirus crisis.

The UN has called for the US-Israeli blockade to be lifted, and warned in 2020 that Gaza’s economy was on the verge of collapse. The US sustained blockade has kept Gazans unable to leave or enter Gaza, and imports and exports are severely restricted, making even the most basic necessities like medicines unavailable.

The current escalation in Gaza began in Jenin in the West Bank. The two areas are separated by land, but united in resistance to the occupation of Palestine. 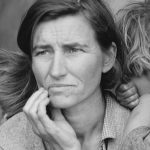