That’s the simple solution to all the world’s problems, start a war and the current recession/predicted depression will evaporate into thin air. If that idea sounds absurd, it should be noted that this is actually the perceived wisdom. The stock market crashed in 1929 which saw the overwhelmingly male workforce thrown into something called unemployment. Wealthy people who had lost everything threw themselves out of top floor windows, others just survived as best they could. There was homelessness, there was hunger, then there was the Second World War and suddenly, the workforce was employed again.  Employed to do what? Send men into battle to kill and be killed, maim and be maimed. Cities were bombed, ships were sunk and their replacements constructed in double quick time.

A remarkable example of the productivity of war-time labour was the aftermath of Pearl Harbor. The attack in December 1941 propelled America into the war. Four of its eight battleships were sunk and the other four were damaged. A hundred and eighty-eight aircraft were destroyed, and then  there were the human losses. Yet the United States rebounded from this, entered the war, and emerged on the winning side.

In 1933,  Eton alumnus and novelist Gilbert Frankau made an astounding prediction. Frustrated at the misery being caused by the Great Depression, he was quoted thus by the Daily Express newspaper on March 24:

“A war would be a great idea” adding “Another war would give our three million unemployed ample employment. I would suggest conscription for this country. It would be immensely popular.”

Frankau died in 1952, which means he lived long enough to decide if 50+ million deaths, the destruction of much of Europe and the devastation of Japan was an equally great idea as generating make-work jobs. It is possible though that he was thinking back to the Great War when a technically bankrupt Britain was able not only to fight but win. How is it possible that we can always afford wars yet can’t house the homeless or feed the starving masses?

As Professor Quigley wrote in Tragedy & Hope at page 316: “Wars, as events have proved since, are not fought with gold or even with money, but by the proper organization of real resources…The outbreak of war on August 4, 1914, found the British banking system insolvent in the sense that its funds, created by the banking system for profit and rented out to the economic system to permit it to operate…could not be liquidated rapidly. Accordingly, the bankers secretly devised a scheme by which their obligations could be met by fiat money…but, as soon as that crisis was over, they then insisted that the government must pay for the war without recourse to fiat money…but by taxation and by borrowing at high interest rates from bankers.”

We needn’t go too far afield here, suffice it to say that in war-time, governments and banks operate a cheap money policy. This begs the question, why can’t they do the same thing all the time, in short, why can we not have a war economy for peace?

While you’re pondering the answer to that question, there is a war raging in Europe, and a massive financial collapse in China. In spite of their authoritarian government, Chinese citizens have been organising mass protests against banks because they have been unable to withdraw their money. What better way to reinvigorate the Chinese economy than to start a war? Anyone like to guess which island nation will be attacked if the Chinese Government doesn’t realise the con trick the financial system has been playing on it along with the rest of the world since the Bank Of England was established in 1694?

I’ve said as much for the past two years. I said “Watch out! They’ll need a war to cover the corruption and theft from the scamdemic and the concomitant economic shenanigans”. And boy are they close to pulling it off!

Usury allows evil people to rule over us and it is the root of all evil in this world, as almost all wars have been initiated by private Bankers, in the last several thousand years on this Planet. When Private Central Banks are allowed to operate in Nations (by corrupt national officials), the subjects become Debt Slaves to these bankers, and all the wealth of the country is sponged up through the demonic practice of Usury.  Their weapon is the charging of Interest on capital loaned, and the unholy practice of charging interest on the interest.  Before long, the whole… Read more » 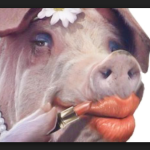