Liechtenstein was the worst-performing nation in 2020, declining 2.35 years.

Kazakhstan was the second-worst, declining 1.81 years.

Russia was the third-worst, declining 1.75 years.

Serbia was the fourth-worst, declining 1.71 years.

America, at -1.51 years, was the fifth-worst in the entire world.

Spain and Bulgaria were almost as bad as America, and were tied as being the sixth and seventh worst, by declining 1.50 years.

Lithuania was the eighth worst, by declining 1.35 years.

Poland was the ninth-worst, declining 1.30 years.

Romania was the tenth-worst, declining 1.25 years.

Belgium was the eleventh-worst, declining 1.20 years.

Italy was the twelfth-worst, declining 1.15 years.

Slovenia was the thirteenth-worst, declining 1.00 years.

Luxembourg was the fourteenth-worst, declining 0.90 years.

Switzerland was the fifteenth-worst, declining 0.80 years.

Netherlands, Sweden, Portugal, and Austria were tied as being seventeenth through twentieth-worst, declining 0.70 years.

Here were the countries that, in the World Bank’s calculations, performed the best on boosting longevities overall:

Obviously, therefore, all of the 154 countries that were neither in the best 20 nor the worst 20 were little changed, somewhere between +0.30 and -0.70. The outliers were clearly outside the global norm of -0.02 years.

What might be more surprising than that these figures indicate life-expectancies were declining (slightly) in 2020, is that Patrick Heuveline, at the California Center for Population Research, headlined in Population and Development Review, on 12 March 2022, “Global and National Declines in Life Expectancy: An End-of-2021 Assessment”, and he reported that

The global life expectancy appears to have declined by 0.92 years between 2019 and 2020 [which is considerably more decline than the World Bank calculations, of -0.02 years] and by another 0.72 years between 2020 and 2021, but the decline seems to have ended during the last quarter of 2021. Uncertainty about its exact size aside, this represents the first decline in global life expectancy since 1950, the first year for which a global estimate is available from the United Nations. Annual declines in life expectancy … appear to have exceeded two years at some point before the end of 2021 in at least 50 countries. Since 1950, annual declines of that magnitude had been observed only on rare occasions, such as Cambodia in the 1970s, Rwanda in the 1990s, and possibly some sub-Saharan African nations at the peak of the acquired immunodeficiency syndrome (AIDS) pandemic.

Furthermore, he pointed out

the possibly vast extent to which COVID-19 deaths might have been misdiagnosed or unreported in many parts of the world. Estimates of excess deaths in Central and South America suggest drastically larger reductions in life expectancy than when based on reported COVID-19 deaths, reaching 10.91 years in Peru, 7.91 years in Ecuador, 5.54 years in Mexico, 2.42 years in Brazil, and 2.26 years in Guatemala.

So: the data on which the officially reported covid-deaths were reported were extremely untrustworthy in some countries, especially countries south of the U.S. border. Countries there might have performed far worse at restraining covid-19 than was being publicly reported at the time. 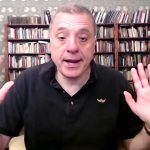 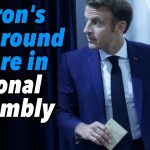