We are dealing with two utterly balkanized groups of people in American politics.  These groups have become so polarized that they literally have lost the ability to communicate with one another.  This inability is capitalized upon by the liberal Left far more effectively than the conservative Right in the United States, and this has created massive problems.

In a very recent example, Fox News’ anchor Tucker Carlson had to terminate an attempted interview prematurely, because the man he was interviewing launched into several baseless accusations, one right after the other.  That interviewee was Democrat Congressman Eric Swalwell, who represents California’s 15th Congressional district, a largely East Bay and beyond area.

Tucker Carlson is known as a pretty hard-hitting interviewer, and, according to the style of our day, he is the one usually able to win the utterly absurd and non-informative shouting matches that are called “interviews” by the mass media establishment, Fox News included.  However, here, Mr. Carlson was forced into massive frustration and anger, and actually had to terminate this interview.

Whose victory does that make this?

While the right-leaning folks, who already agree with Carlson’s point of view, would say that he won because the Democrat was unhinged and unreasonable, this opinion does not translate into a clear victory at all, at least not in our times.  The Left would view this interview’s process and outcome very clearly in the light that it was Mr. Carlson who was unable to defend himself from Rep. Swalwell’s accusations, and therefore this would mean that it was Rep. Swalwell that was correct and so won the debate.

The Democrats know this technique works, because this notion of the Nunes memo’s release as “being harmful to national security” has been adopted as a byline by Rep. Nancy Pelosi, the House Intelligence Committee’s Minority response, and of course Sen. Chuck Schumer’s counter claim that the release of the memo “undermines the rule of law.”

Wait a minute.  Lawmakers undermining the rule of law?

However, Schumer cleverly mixed his lie with the truth by tacitly noting that this release will interfere with the Russia probe, which it certainly will by its own nature.  This is fine.  That investigation is also based on false premises, as we have seen in many reports, and it implicates that this charge comes from Nowhere, a.k.a the Democrat Party.

Snark aside, the real issue to be addressed here has to do with the nature mostly of the Left, but in part the Right has the same problem in America.

The Democrat narrative is that the memo’s release damages national security and is against the law.  Of course, this is finger pointing mostly at President Trump, who declassified the document.  But this charge neatly evades what the memo actually says.  The strategy that is employed in maintaining the narrative is what is interesting.  This strategy resembles that of a druggie teenager who is caught red-handed smoking pot, and yet manages, by skillful blaming and deflection, to get his mom so angry and frustrated with him that she loses her temper and at best walks off in disgust, giving the teenager exactly what he wants – freedom to go on using drugs.

The success of this method is predicated on the fact that sane people try to reason out arguments and disagreements.  Insane people do not. 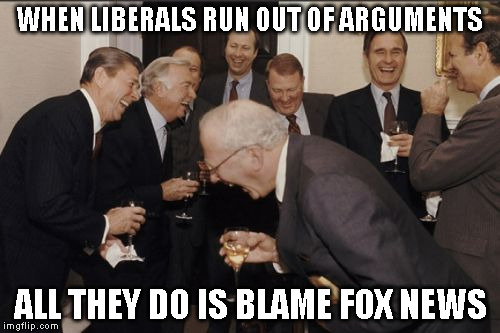 But the common fact is that when a reasonable person tries to argue from reason with an insane one, the reasonable one will always lose.  The insane person will accuse, blame and refuse to listen to anything their counterpart says, and this is an extremely powerful way of terminating arguments in such a way that even third parties will be led to believe that the insane person is the victim in the situation, and that the normal person is being “unreasonable.”

This is classic manipulation.  While it is practiced at times by right-leaning “interviewers” too, the resounding success always lands with the person who is wrong.  It is not a reasoned victory, it is simply the act of getting the other side so frustrated that they, bound by their own sense of reason and decorum, have to walk away from this, or they will explode and physically attack the punk who is doing this.

We saw recently a rather refreshing incidence of someone who got tired of “reasonable” decorum, and who wanted – and tried – to deal some good old-fashioned justice / revenge.  We further see from the CNN piece linked, that the reaction of the larger Internet community who saw this father race across the courtroom to do some much-deserved violence on a man who had sexually abused his daughters, that the bulk of observers of this were in complete agreement with his actions. 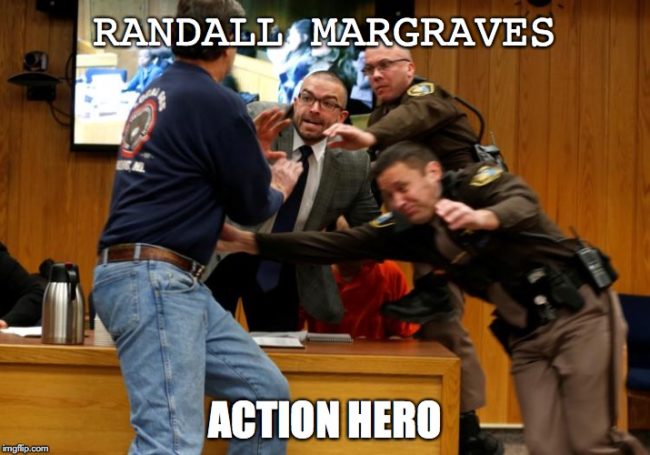 As conservative people, we respect the rule of law.  We respect the idea that our passions should not drive our behavior, that there is a right and a wrong way to behave, and that we are accountable for our actions and words.  Liberals do not believe these things, but they are skilled at using our own nature against us.  Randall Mangraves reached the limits of reason and went past it, and most of us were completely with him, including probably every single courtroom official and the guards who restrained Mr. Mangraves as required by law.

But the only way to win arguments with such unreasonable people may be what we are often taught to do with drug-abusers and alcoholics who will not change: Ignore their blaming, lock them up, punish them freely without listening to their garbage that they say.  Walk away.  There is no way to reason with the insane.

The way to win is to do what is right and let the results of that action speak for themselves.  We see this to some degree with President Trump’s progress on the economy’s revitalization through his presence as President, his optimism, and most recently the tax overhaul that he championed and signed into law.  Even the liberals who work for Apple in Cupertino, who hate Trump, still has to face their pay increases and their bonus.

That money doesn’t care what one’s ideology is.  While it may be true that the liberals will take their raise and bonus and smoke it away, that is their problem and their choice.  It should be fine to make our choice with dealing with such pathetic people and throw them in jail as the consequence of their actions, as well as to protect the rest of us from the harm these people will cause.  This works really well every time it is tried.

In the same sense, dealing verbally with political lefties who use the druggie-manipulation tactic to frustrate anyone who disagrees with them can be handled the same way.  Tucker probably knew this guy would be a shill for the Dem narrative.  Where he went wrong was to give the man airtime.  While the spectacle gets the viewers “righteously angry”, the argument is lost, and anyone who is not on a side is likely to point fingers at the one who is correct, rather than the one who is wrong.

That’s the world we live in now.