Swinemunde was a beautiful seaside resort on the German Baltic coast. During World War II, it was of no military value other than a few piers where ships could dock. It had escaped aerial attacks as its population grew with refugees from bombed out cities. On March 12, 1945, the United States Army Air Force carpet bombed the town killing over 23,000 civilians. This was not a mistake, but part of a genocide campaign to kill German civilians and destroy homes.

“The Swinemunde Mission 12 March 1945” provides details on the bombing: http://www.the467tharchive.org/swinemunde.html

This policy was in place across the allies. Churchill’s & RAF chief- Bomber Harris executed carpet area bombing throughout the war.
A similar number of civillians were killed in one night of incendiary bombing of Dresden. War crimes unless you happen to be the victors.

The whole concept of Aerial bombing was still in its formative period leading up to WWII. Mostly it was theory more than anything else. Some low level conflicts prior to WWII were test beds for all sides. The general consensus (Though Not Unanimous) among Military planners and thinkers was that Tactical Bombing and precision Strategic Bombing was the way to go. It has to be said there was also some opposition to broad indiscriminate Strategic bombing in the military establishments of all the western military’s. With the opening rounds of WWII the most modern and successful Air-Force on the planet… Read more »

SCHOCKEROONI
Old Jew admits that American and British Campaign against Germany in WWII was Genocide. Where’s Henry Morgenthau when you need him !

You mean that gentle soul who wanted to flood all of Germany’s Mines and salt all of the farmland with Plutonium? Who also wanted to strip Germany of all its industrial machinery? That guy? I understand he can be found in one of the innermost rings of Hell.

Actual the so-called Morgenthau Plan was devised by Morgenthau’s underling at the Treasury Department, Harry Dexter White, also Jewish. White was an “interesting” individual. He had a much larger office than his boss- who was little more than a figurehead – and was also a Soviet agent. https://en.wikipedia.org/wiki/Harry_Dexter_White There is speculation as to why White devised this Plan. Some believe that he wanted it implemented to provoke a German insurgency in favour of the Soviets. The Plan was never implemented, but something worse was. Up to a million German POWs died in what is now West Germany from disease and… Read more » 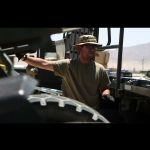 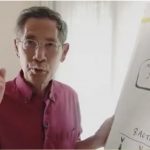