Minnesota police officer Derek Chauvin was given a twenty-two and a half year sentence for the murder of George Floyd, even though he was guilty of at worse stupidity, and had no intention to kill. Texas police officer Amber Guyger on the other hand received a mere ten years for shooting a man dead in his own apartment while intending to kill him, whatever fog may have afflicted her brain at the time.

It remains to be seen if Chauvin will appeal his conviction, but it beggars belief that Guyger had the temerity to appeal hers, especially with the extraordinary forgiveness shown by the victim’s family at her 2019 trial. On Thursday, the Fifth Circuit delivered its opinion, which can now be read here. Unlike Chauvin, Guyger is female, attractive, and reasonably young, characteristics some feminist lawyers and activists believe should excuse even murder. Fortunately, the courts disagreed in this case.

Police officers get away with murder far too often, both metaphorically and in many cases literally, especially American police officers. Guyger’s case was all the more inexcusable in that she was off-duty at the time, and even if she truly believed someone had entered her own apartment unlawfully – as she appears to have – no civilised society can tolerate this kind of Wild West behaviour. What if it had been her apartment and the intruder had been a maintenance man called in to fix a serious problem, or even a police officer who had been allowed in by her landlord for some reason?

Guyger can still make a further appeal to a higher court, but she would do well to let it go. She has already served nearly two years, and unless she does something utterly stupid in the near future, she is likely to be released well before 2029.

“she is likely to be released well before 2219.” One would hope so.
Keeping someone in prison for 200 years after a sentence of just 10 years , seems a little excessive.

Well spotted. I always proof-read both before and after publication.

Remember treating women as if they are as mentally, physically, and emotionally as competent as men is still an experiment. 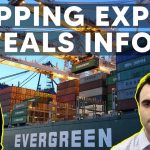 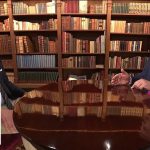