On Wednesday, a jury in Connecticut ordered Alex Jones to pay the 15 plaintiffs in his Sandy Hook defamation trial a staggering $965 million. This is the second such judgment Jones has faced; the first was for just over $45 million.

One can argue that these damages are excessive – some have, and that the legal proceedings were a travesty – some have, including of course the man himself, but whose fault is it this happened?

One argument that deserves some attention is that the allegations were so outrageous that no one would believe them. That the Sandy Hook shooting was a hoax or that it was a false flag; that Adam Lanza was not the real shooter, that there were two shooters, that the victims never existed! Who could believe such nonsense? Sadly, many people could and many people did. We have grown so used to governments and their servants lying to us that some people will believe anything that goes against an official narrative. Leaving that aside, some people are just gullible.

In 2014, a woman and her lover started an insane story about child sexual abuse and sacrifice in Hampstead, London. A young boy and his sister were coached to make these allegations, including that babies were cooked at a local fast food restaurant then eaten by members of a secret cult. Absurd as these tales were, local parents went through the nightmarish experience of people coming into the area, including from the United States to harass them. This culminated in Sabine McNeill being given a nine year sentence for her targeted campaign, a sentence that was upheld on appeal. Sabine McNeill has a stratospheric IQ, but that didn’t stop her being taken in by this garbage and proselytising it, so yes, however absurd a story, there are people who will believe it and act on it.

The grain of truth in the claims endorsed by Alex Jones is that bad actors, including inside government, will exploit tragedies for their own sinister purposes. The death of George Floyd was both very real and very public; it was exploited by anarchists, so-called anti-racists, and others, as the pretext to cause widespread damage, mayhem and murder. The riots and protests spread to Europe and even Australia.

Those with longer memories will recall the so-called 9/11 Truth Movement. Alex Jones endorsed that too. And before that, the 1995 Oklahoma City bombing which killed over a hundred and sixty people. Alex Jones blamed that on the Federal Government, and he wasn’t alone. So yes, he should have known better than to make these same insane claims about the Sandy Hook massacre.

Even allowing for that, he could still have avoided this legal nightmare by going to the families concerned behind the backs of their lawyers and offering them say a quarter of a million dollars apiece in cash to drop the action. He probably still could through an intermediary, although the price will have gone up, and the legal fees would still run into millions. Instead, he plans to appeal the judgment and awards, a process that will take years.

Alex Jones has a loud voice and a big mouth. It remains to be seen if even this massive blow will shut him up, but whatever happens from now on, he has only himself to blame.

The dark man of woke DS propaganda! Oklahoma, 9/11, London Underground Bombing, Boston Marathon Bombing, Christchurch, Paris Bataclan shooting, Madrid train bombing, and on and on and on, all are irrefutably government run false flag operations. (Then there of course was Operation Gladio since 1945 which has never stopped and merged into the present swoop of false flags, which is absolutely no secret to anyone with only the most rudimentary knowledge of historical events. (Aldo Moro, train bombings, and many assassinations, etc, etc!) The evidence is so overwhelming; and in the case of Oklahoma a retired general made a report… Read more »

Damn right! And I suppose John Kennedy and John Connally were shot by one man whose bullets ricochet around the world several times before hitting their targets.

“…but whatever happens from now on, he has only himself to blame.”  I disagree. Alex Jones free speech is protected by the U.S. Constitutions – First Amendment. ‘Congress shall make no law respecting an establishment of religion, or prohibiting the free exercise thereof; or abridging the freedom of speech, or of the press; or the right of the people peaceably to assemble, and to petition the Government for a redress of grievances.’ You don’t need to be a constitutional lawyer to see the unconstitutionality been inflicted on Alex Jones, simply for political reasons by the illegitimate Brandon Regime. Zionists have… Read more »

The addition of “so-called” to “9/11 Truth Movement” insinuates that it is in reality no such thing. That is an objectionable smear that is common among MSM debunkers but (fortunately) not on The Duran. Indeed, Alex Jones wasn’t alone when he blamed the Oklahoma City bombing on the Federal Government. And he wasn’t wrong either, although it should be specified that it was rogue elements within the Pentagon. And a whole paragraph about some story that is totally unrelated, just to associate Alex Jones with some scheme of deliberate deception? Seriously? Jones may have been wrong on Sandy Hook. Personally,… Read more »

The commenters here ignore that Alex Jones is a pathological liar, as-if that shouldn’t matter. Well, it does matter; and despite one of the commenters here alleging that the First Amendment allows ANY speech — which would include allowing someone to lie shouting FIRE! in a crowded theater, and to allow libel, to face no legal penalties, not even civil ones, such as in Alex Jones’s cases — that has NEVER been true. Why do commenters at The Duran support liars who are Republicans (conservatives) but oppose liars who are Democrats (liberals)? All liars are evil. Supporting ANY of them… Read more »

Sounds like he could be a well-paid member of the main stream meida if lies are his forte.

How can 9/11 truthers be called republicans. He supported Trump, but not other republicans.

This author here is always very good with backing up his assertions with links and quotes, while in this case it’s just a red herring, thrown out there to make a spurious claim, without the least credible proof! Not up to your usual standards Mr Zuesse. While Alex Jones is bombastic and perhaps opinionated, and I can’t stand his style of delivery, ‘pathological liar’ implies that most, if not all his narratives, are pure fiction and lies. It’s difficult to argue that this is actually the case. Mr Zuesse, you can redeem yourself by elaborating on your outrageous claim, thank… Read more »

The essay doesn’t fail because of free speech . “Allegations are so outrageous that no one would believe them” – argues for the psyop… is keystone to the practicalities of the big lie being one. Belief/Disbelief.Truth/Lie. How to create and manage the dichotomy, is the psyop. That “We have grown so used to governments and their servants lying to us that some people will believe anything that goes against an official narrative” admits ‘the people’ are so used to Liars in government (including the Courts) that knee-jerking against any official narrative, is normalised; allows complex false flags to take place… Read more »

The book Nobody Died at Sandy Hook is an eye opener. I was able to obtain a pdf from the author when it was pulled by Amazon. As to the children, the picture of the ‘son’ of one of the most vocal supporters of the narrative reappeared months afterwards in the aftermath of a bombing of an English school in Pakistan where he ‘died’ again. I suppose the organisers of the FF thought we all had short memories. It was also interesting that the residents of Sandy Hook were the beneficiaries of a huge ‘lottery win’ a short time after… Read more »

The Dark man,
is an idiot.

30 thumbs down? Talk about being the ‘author of your own misfortune’. 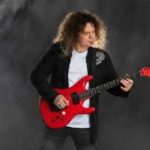 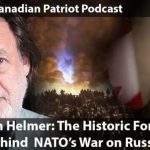