Assuming you live that long, what will you be doing at 77? The Queen of England is 96 and is still working, but let’s be fair, she is in a class by herself. Joe Biden is 79 and still working, although most people wish he wasn’t, but the downside of him not completing his term is that Kamala Harris would become President.

Al Stewart was 77 on September 5. He is certainly neither a powerful nor a controversial figure, but the inventor of historical folk-rock has an unparalleled track record, and on the sixteenth of this month he begins a new tour with his much younger band The Empty Pockets.

He starts in Michigan crossing the Atlantic after 3 dates playing Edinburgh, Manchester then progressing south to London’s Cadogan Hall on October 20 which he and The Empty Pockets played on October 9. 2019. He had intended to tour earlier this year but in May he tested positive for Covid. Fortunately, he appears to have made a full recovery.

He has two epic songs from his 1973 album Past, Present And Future: Roads To Moscow and Nostradamus. His first epic song was Love Chronicles; the album of the same title was the Melody Maker Folk Album Of The Year. In 2005, he came up with another epic song, Class Of ’58, the full version runs to over 13 minutes.

His other classic songs include the lachrymosal Elvaston Place, the subtly autobiographical Almost Lucy and Shah Of Shahs. This latter appears on the 2008 album Sparks Of Ancient Light. Surprisingly, this is his latest album release, but he has written quite a few songs since. Maybe you’ll hear one or two if you go to one of his concerts?

I am an Al Stewart fan.

In the meantime he is boostered etc. ?? 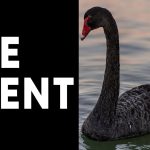 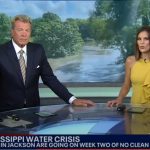