Al Stewart played Cadogan Hall October 9, 2019. I hadn’t expected him to cross the Atlantic again but apparently he and The Empty Pockets were scheduled to tour in 2020. We all know what happened next. The delayed 2020 tour is now underway, and they play not one but three nights at London’s Cadogan Hall. I attended the first night. I wasn’t surprised the place was nearly sold out, but I was surprised the ticket price had increased by only 50p (no thanks to Joe Biden). The venue is also now totally cashless.

The Empty Pockets played a full set before returning with Al after the interval. They opened with I Hear Your Voice as they had three years before.

The Bubble is a duet between lead guitarist Josh Solomon and keyboard player Erika Brett – who have now been married for ten years. Josh said something of Al’s songwriting talent had rubbed off on him with A Bird Does Not Sing, and it is hard to disagree with him. Privatize The Profits is a protest song that will go down well with thinking individuals whatever their politics; sadly, most people left of Donald Trump don’t think.

The second part of the show began with Sirens Of Titan, as in 2019, which at one time would have been considered an unusual opener but it certainly fits with Al’s current set up.

Antarctica appears on the 1988 Last Days Of The Century album and saw multi-instrumentalist Mark Macisso on flute. This was followed by Hanno The Navigator from the 2008 album Sparks Of Ancient Light, and is the de facto title track. This is the most recent album of original songs Al has released; he doesn’t appear to have written much the past decade and more, but he has performed some new material, certainly from 2019 on.

Time Passages followed then the alluring Flying Sorcery, the first of six songs from his monster Year Of The Cat album. On The Border was followed by Helen and Cassandra then Broadway Hotel, which on the album has a violin solo but Macisso played flute. The downtempo Midas Shadow was an unusual choice but the classic One Stage Before was a regular when he was backed by another electric band, and a song I want played at my funeral.

Modern Times is the title track of his 1975 album and one he co-wrote with Dave Mudge. Sort of. This is how Al explains its genesis. Sirens Of Titans appears on Modern Times as does the obvious single Carol (which failed to chart) and is seldom if ever performed by Al now.  I was a bit surprised because this was the seventh time I have seen him and the first time he has performed Modern Times but this is a song that needs a full band and he doesn’t always perform with one.

The show ended with Year Of The Cat – what else? – with Macisso on sax again as with Time Passages. The encore was Soho (Needless To Say), something he has called his Alzheimer song because he knows that when he can’t manage it, it’s time to retire. (Joe Biden take note).

After the show I managed to buttonhole the lovely Erika again; she said she remembered me and I have no doubt she did. She doesn’t look a day older up close, neither did Al who not only turned 77 last month but remarried a couple of years ago. Sadly, we were told he wouldn’t be making an appearance afterwards but I got a CD signed by him when he performed at the Jazz Cafe in North London on February 28, 2001. I bought The Empty Pockets’ latest CD and got it signed by both Erika and Josh.

Josh is a lead guitarist par excellence and also plays keyboards; On The Border featured two keyboard players as did Helen And Cassandra.

As usual, Al was as much raconteur as singer-guitarist but the audience will have to decide how much of any particular story to believe. He will be playing a different set every night, but Year Of The Cat will doubtless be performed in all three.

The very first concert I went to was Ralph McTell at Fairfield Halls. Went with a group from my guitar class.

First saw Al around 1980 at Hammersmith. I was living in Leeds at the time so had to make a 550 mile round trip. 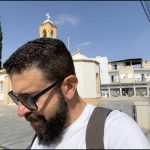 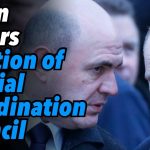