Viewing everything that happens in society through the prism of race can have and does have detrimental effects, but at times it is just plain idiotic. Currently there is a serious water crisis in Jackson, Mississippi. Jackson has a population over a hundred and sixty thousand, around 80% of whom are said to be black. For some people, this can mean only one thing, the current crisis isn’t the result of an engineering failure, negligence, or some unspecified anomaly, but of something called racism. This sentiment is echoed by three privileged idiots who write for the BBC: Jackson water crisis: A legacy of environmental racism? is their rhetorical question.

Chelsea Bailey writes a lot about race issues with a clear narrative.  Mohamed Madi, the dude of the three, much less so, while  Chi Chi Izundu finds compliments about her light skin offensive. So what is their take on the Jackson water crisis? This wouldn’t happen if it was predominantly white, or words to that effect. There is though an easy refutation to that claim.

The Mayor of Jackson is black and has a ludicrous, contrived African name. This is his council. Notice anything about their racial make-up? Likewise, Chicago has a black Mayor;  true, it doesn’t have a water problem, but tripping over dead bodies on the sidewalk is no better. New York also has a black Mayor, and terrible problems of violence, homelessness, you name it. So is this a black problem rather than a white racism problem? No: Jackson, Chicago, New York, are all run by Democrats. As Dan Bongino is fond of saying, Republicans are not the cure for all your problems, but Democrats are the cause of most of them.

Hey… if you can blame your shortcomings and systemic failures on the ephemeral “racism” then its all good. One only need look to Zimbabwe to see where black African Marxists took what was considered the “jewel” of Africa and turned it into a basket case! Why? Because the only thing that the new owners had going for them was murder and theft all the while blaming the whites for their problems. Somehow the whites were able to pull riches out of the “magical soil” because… because… they owned it. So if they possessed it, without actually having to work for… Read more »

The United States does not have the ‘Race Problem’ that the Zionist Media keeps browbeating European Americans into admitting, but instead they have a Problem Race, cursed with prehistoric intelligence and lacking in impulse control.

Its more likely to be State ownership of utilities.
Worstall has mentioned that of the 28 UK waterboards, the 25 English privately run ones all score better for fesh water leakage and sewage discharge than the Scottish Welsh or NI ones, which are all state owned.
In Jacksons case it may not just be Dems but is an inherent proem with politicians running things.
https://capx.co/knee-jerk-nationalisers-have-no-idea-how-the-water-industry-actually-works/ 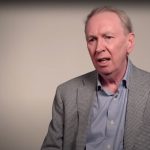 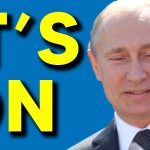