I post here this highly informative article about the man who will probably be the next Republican Party U.S. Presidential nominee, Ron DeSantis:

“I was screaming and he was smiling”: DeSantis ran Guantanamo torture

There is more to than what meets the eye on DeSantis’ military past beyond a mere involvement in Guantanamo Bay. A recent episode of the Eyes Left Podcast reels in a first-person perspective testimony from a Yemeni ex-Guantanamo Bay detainee who was tortured at the hands of popular Republican governor, Ron DeSantis.

“‘I was screaming and he was smiling’: DeSantis ran Guantanamo torture”

recent episode of the Eyes Left Podcast reels in a first-person perspective testimony from a Yemeni ex-Guantanamo Bay detainee who was tortured at the hands of popular Republican governor, Ron DeSantis.

The podcast was hosted by Mike Prysner, who is a US veteran that served in Iraq as a Specialist; his duties included ground surveillance and prisoner interrogation.

Prysner described DeSantis’ actions as “TV worthy” – but not in the fictionalized sense, but rather running under the “true crime” genre. Washington kept details about DeSantis’ role in Guantanamo Bay under wraps: Addressing inquisitions about what DeSantis’ role was, one Navy spokesperson responded: “Unfortunately, the specific details about Mr. DeSantis role are not available.”

What the podcast reveals is that DeSantis served as a JAG officer, which essentially means that he was a Judge Advocate General Corps. He was a law student, previously completing his undergraduate studies at Yale, where he was part of the Delta Cappa Epsilon like the two ‘Bushes’ –  George HW Bush and his son, George Bush. Pro-Confederacy and blatantly racist, his political career with the Pentagon began immediately in his second year of law school.

However, his job was never reduced to courtrooms, but rather to conduct rogue, clandestine operations – his official job, a guise, was to “ensure the human rights of detainees.”

It was quite the opposite.

The height of inhumane treatment and systemic torture in the camp was during DeSantis’ term serving as a JAG officer, whose main task was to identify the weaknesses of the detainees and to “tighten the screws” on them – and, in addition, to keep a clean record. He made sure that human rights were violated to the worst degree, according to the podcast.

A story of sadism & manipulation

In this podcast, Prysner interviews Mansoor Adayfi, who was deceived by DeSantis first-hand as the incumbent governor not only ordered his torture, but also sat, watched, and laughed.

Adayfi is of Yemeni origin and was on a cultural mission to Afghanistan in the early days of the war. He was kidnapped by traitors and sold to the US, who relocated him to the notoriously infamous Guantanamo Bay detention camp.

As he endured torture during his imprisonment, Adayfi narrated that DeSantis walked in, and depicted himself as the good Samaritan who wanted to relay the prisoners’ concerns to the administration. His persuasion would get the prisoners “comfortable” enough to talk, manipulating them.

For context, the host explained that during the time there was a mass protest of around 500 detainees who were on a hunger strike and that it was professed as a “major problem” for the Bush administration. So, “they brought in a collection of new ruthless individuals to break the strike.”

Adayfi narrates, “We went on a hunger strike in 2005 and there was like 500 prisoners participating in the hunger strike,” after which DeSantis walked into the room, clarifying his intention to negotiate with the prisoners. “We believed them, that they would negotiate and talk to us… But it was a trap,” said Adayfi.

Adayfi, who was 18 when he was detained, to his innocence thought that DeSantis would “raise his concerns. But it was a piece of the game what they were doing. They were looking for what hurt you more to use it against you.”

After DeSantis gathered intelligence on the detainees’ weaknesses, an army general walked in, ready to exploit them: “I have a job. I was sent here to break your f****** hunger strike. I do not care why you are here, I don’t care who you are. My job, sir, here is to make you eat. Today we are talking, tomorrow there will be no talking.” The prisoners were shaken to experience what was coming for them, and were shocked at DeSantis’ deception.

“Ron DeSantis was there watching us. We were crying, screaming. We were tied to the feeding chair. And that guy was watching that. He was laughing,” Adayfi lamented, saying that their bodies could not take the amounts of Ensure they were being forced and that he threw up on DeSantis’ face.

“I threw up on his face. Literally. On his face,” he said.

Common Article Three of the Geneva Convention stipulates that force-feeding is an act of torture, and it is prohibited by the World Medical Association in a 1975 declaration.

“They put laxative in our feeding liquid”

Under DeSantis’ supervision, prison administrators “tied our heads, our shoulder, our rest, our thighs and our legs,” putting “some kind laxative in the feeding liquid so we s*** ourselves all the time,” after which they were locked up into solitary confinement.

“They broke all of the hunger strikes in one week,” Adayfi said. “It was a machine. And he was there. All of them were watching – the colonel, officers, doctors, nurses – and not just that, they used to also beat us.

“And if we scream in pain, [with the] bleeding [that] came out of our nose and mouth… They were like eat. The only word they told you eat. Eat, eat, eat. You know, we were beaten all day long. All day. There’s a team. Whatever you are doing, they just beat you. Pepper spray, beating, beating, sleep deprivation, that continued for three months.

“When I was screaming, I look at him [Ron DeSantis] and he was actually smiling. Like someone who enjoyed it,” Adayfi said. “It shocked us all.”

DeSantis’ position was not routine

Another weakness that DeSantis took advantage of was Adayfi’s complaints of sleep deprivation, and the noise he was hearing in the night. In response, DeSantis ramped up intentional noise to continue torturing the prisoners.

To Adayfi and his comrades’ misfortune, speaking to DeSantis about the meat in prison food only prompted the prison guards to mix all the food with meat, knowing that the detainees are largely Muslim and do not consume non-Halal products.

“Ron’s position was not some routine one. He didn’t just rotate in and take over for some other low-level officer. Until then, no JAG officer had been assigned to such a position. He was brought in during a crisis.”

Well, Franklin Delano Roosevelt was a War Monger and a War Criminal responsible for the deaths of millions of people, including the 2,403 who died at Pearl Harbor, yet was elected for 4 terms and still regarded as a great president by some.

Sir Winston Leonard Spencer Churchill was a War Monger and a War Criminal and a co-conspirator with Franklin Roosevelt who some people still think was a great British Statesman.

The only way to get America into WW II soon enough to prevent Hitler from conquering UK and so MAYBE defeat Hitler was to engineer the Pearl Harbor attack from Japan. You think Hitler should have won?

“I think there never should have been a WWII.”: That’s irrelevant. WW II didn’t start because of FDR; it started by what the fascist regimes did — their aggressions. He was responding to that. He did it the best way that was available to him.

DeSantis is a fascist, no FDR. This Al Mayadeen article is about DeSantis, not about FDR.

Those who don’t learn from history make the same mistakes over and over again. You are trying to help us learn, are you not?

It’s a filthy hit piece against DeSantis. The Dems know they wouldn’t have a chance if DeSantis becomes the Rep. nominee in 2014. So the Dems have to destroy the man now, before he has a chance to enter the national scene and people get to know him. He managed to turn the blue state of Florida as red as it gets, the Dem cabal is scared as hell.

RE: WW II didn’t start because of FDR Oh really. FDR was engineering the war with Japan long before the start of WWII. Advance planning? He was well aware that the British were setting the ‘Polish Trap’ to launch another war with Germany, and his role as a co-conspirator was to get America into that war. Very good job by the Warmongers and War Criminals Churchill and Franklin Roosevelt, and dumbass Hitler fell right into their trap. If Britain and America, the Great Meddlers, had kept their noses out of German and Polish affairs, there would have been no WWII.… Read more »

If you had read Hitler’s 1925 Mein Kampf, and his 1928 “Second Book,” you would know that he was intending a vast increase in Germany’s “Lebensraum” and a conquest against the “Slav” countries and especially the Soviet Union. Furthermore, there was no question that he intended to get rid of “the Jews,” but he was vague about where and how and when; so, that didn’t necessarily pertain — at least not directly — to invading foreign countries. Anyone with half a brain and with open ears and eyes knew that Hitler was planning for war even before he invaded anywhere.… Read more »

It’s my understanding that the restrictions on Germany were so punitive that they were starving.

You are referring to the Versailles Treaty and the effect it had on Weimar Germany — before Hitler came to power. FDR didn’t have anything to do with that.

I like several thing about his politics, but this really stinks. Then many things stinks about USA; CIA for 70 years, FBI, NSA, CDC, FDA and all the others.

We have to learn from historical events.

Why have none of the twelve (thus far) reader-comments here been about Ron DeSantis, who is its topic, and virtually all of them have been tirades against the only progressive U.S. President since Lincoln, FDR — who isn’t even mentioned in it?

Then, whenever I point out the irrelevance of a particular comment here, my pointing that out gets down-voted, never up-voted. Does no reader here have any respect for sheer logic? Logic is the essential tool in order to discover truth, and to expose lies. Do readers here WANT to be deceived? WHY do they WANT to be deceived? Irrelevant statements are either stupid, or they are deceptive distractions. Why are such statements here being tolerated? They get up-voted, while pointing out their irrelevance gets down-voted. That’s bad; it’s wrong; it is perverse. 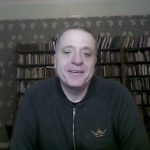