In mid to late December of 1972 President Richard Nixon authorized the American Airforce to attack North Vietnam with massive B-52 air strikes. Not since the Korean War and World War II before that had such strikes, that were often referred to as “carpet bombing,” been employed by America against its enemies’ urban centers. These non-precision bombing strikes were designed to inflict massive damage to a wide area such as urban centers. The “dumb” bombs had to be used in massive quantities to insure the destruction of the targets. The physical destruction, along with the terror associated with these strikes, brought about the desired effect and, in the case of the Vietnam War, the North Vietnamese returned to the negotiating table in Paris and an agreement was signed to end the war in January of 1973.

The Vietnam War witnessed the introduction of precision guided munitions (PGMs) such as the anti-tank TOW (Tube-launched, optically tracked, Wire-guided) missiles.  By the end of the Vietnam War, laser guided “smart bombs” were being used to destroy point targets such as bridges and they were much more effective than free-fall unguided bombs.

As I stated in an earlier article, the two Gulf wars were classic examples of the ubiquitous use of PGMs by America and they produced very effective fire to defeat numerically superior forces very quickly with minimum losses. However, most of the PGMs used by the American military were missiles or bombs delivered by aircraft.

What is different in this conflict is that rather than attack Ukraine urban centers with massive artillery strikes and large numbers of bombing missions using free-fall unguided bombs, we are seeing the Russian military use large numbers of very powerful, long range, precision guided missiles, to “surgically” strike the Ukraine energy infrastructure and transportation systems. Unlike previous conflicts, the Russians have been able to avoid creating mass civilian casualties or the indiscriminate destruction of buildings which have no military value.  There is evidence that the relatively small number of civilian casualties are likely the result of Ukraine military anti-aircraft defense missiles falling to the ground having missed their target of incoming Russian missiles. It is clear to anyone watching, that if the Russians wanted to destroy the Ukraine urban centers, they could have done that early in the conflict.

As we watch the end game of this conflict unfold, the destruction of the Ukraine/NATO military forces coupled with the destruction of the Ukraine energy and transportation infrastructure is creating an intolerable situation in Ukraine which will likely bring about a collapse of the social fabric of Ukraine. As has been mentioned on the DURAN many times, the real consequences of these strikes against the Ukraine infrastructure will very likely lead to massive population shifts as Ukraine citizens seek refuge in European countries. This large-scale “tsunami” of refugees into Europe will stress the infrastructure and social fabric of EU countries beyond the breaking point.

It seems that the Ukraine/NATO forces lack the technical capability to effectively stop the avalanche of unmanned, very powerful, PGMs now routinely striking targets across Ukraine. It does not seem that this capability, now being demonstrated by the Russian military, was anticipated by the Western powers, and may represent a level of combat operations which cannot be matched by the militaries of the West. In the current conflict, Russia does not need the massive fire that would be produced by nuclear weapons in order to defeat the Ukraine/NATO forces although it is clear, if they needed to escalate the range and power of their weapons, they could do that. We all hope that before the world faces destruction on an unimaginable level, this conflict is ended.

FINALLY! Some one who actually ‘gets it’. 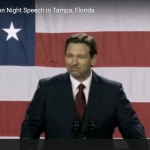 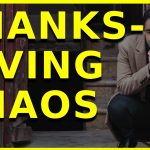