Homosexuality may no longer be taboo in the West, but much of the rest of the world has little time for any kind of sexual deviancy, especially Africa.  And the trans movement cuts even less ice.  Consensual homosexual acts are capital in at least five countries while they are banned in others. There have been no judicial executions for any crime in Kenya since 1987, but Kenyans in particular are revolted by the rainbow coalition. The documentary I Am Samuel about a Kenyan homosexual was banned by the Kenya Film Classification Board last year,  while ordinary Kenyans are bemused by the seemingly endless stream of LGBTQ…films and even cartoons that emanate from Hollywood.

Ugandans feel the same way, especially their leaders. Six years ago, the President of Uganda was asked by CNN what he thought of homosexuals. He said they are “disgusting”. Two years ago, a local official was shown beating homosexuals. And on the first of this month, the Deputy Speaker of the Ugandan Parliament made it clear that the West should mind its own business as far as this issue is concerned.

There are many reasons for this. Unlike Westerners who are often reluctant to cause offence, other cultures are usually more forthright. If a Chinaman thinks your wife is unattractive he might ask you why you married such an ugly woman. And if an African thinks you should keep your nose out of his country’s affairs, he will tell you so. Some would argue that such forthrightness is preferable to the sort of hypocrisy we saw when Ron DeSantis sent a planeload of migrants to Martha’s Vineyard.

There is also very likely another reason Africans are opposed to the Western liberal take on homosexuality, the AIDS pandemic, in particular the response of certain elements of the homosexual lobby to it.

Leaving aside animal precursors, AIDS was first detected in 1981; it was spread initially by homosexuals in America.  In October 1986, the militant homosexual activist Peter Tatchell claimed the overwhelming majority of AIDS cases were Africans, mostly heterosexuals. What would any ordinary white person be called if he made such a claim?

Africans must be left to rule their own nations in the ways they see fit without bowing to pressure from the Alphabet Mafia, globalists, or anyone else.

Some foreign countries where Finnish Minister of Foreign Affairs don’t want to go: BruneiBrunie’s move to impose a death sentence for homosexuality has led to widespread international condemnation. The new Islamic laws makes same-sex relationships punishable by stoning to death. Before the introduction of the rules, homosexuality was still illegal and was punishable by up to 10 years in prison. Saudi ArabiaSaudi Arabia’s law takes after Sharia Law and until recently the carrying out of harsh and extreme punishment was common in public. Homosexuality is not only illegal by also comes with punishment by execution. SudanSudan adopted sharia law in… Read more » 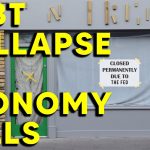 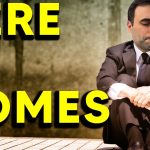