The African Diaspora News Channel on YouTube has a million and a quarter subscribers, which is one reason so many American blacks are totally ignorant of both politics and the way the world actually works.

Before going any further, let it be stated that the individual concerned is entitled to the presumption of innocence, however strong the evidence against him may be. Last week, at Ypsilanti, Michigan, a six year old boy was shot in the arm, apparently deliberately, over a trivial incident. The boy is black, and the alleged shooter isn’t. In view of America’s gun culture, shootings are often ambiguous, even when caught on video – as here – but in view of the age of the victim, this one is a no-brainer.

Ryan Le-Nguyen is an Asian-American. His age has been given as both 25 and 29; there may also be some ambiguity about his race, but he certainly isn’t white. He was arrested, but after three days in custody, he was back on the street after appearing in court, the judge setting a bond of a mere $10,000.

As pointed out in a previous article, the American system of cash bail is far inferior to the UK system. Here, a man arrested for a trivial offence would be bailed in his own recognisance. Indeed, people are often bailed in murder investigations; the recent attempted murder of Sasha Johnson resulted initially in one person being remanded in custody and four others being bailed pending further inquiries. But if a man is actually charged with a serious offence, bail is more complicated. He may be remanded in custody, or bailed with conditions. Suspects are rarely bailed in murder cases, but it is far from unprecedented. In the 1980s, Dr Leonard Arthur was bailed after being accused of murdering a Mongol baby; he was acquitted. Winston Silcott – who is black – was bailed with some difficulty after being charged with the murder of Anthony Smith. His became a notorious case.

Should a man who shoots a 6 year old boy intentionally be bailed after being charged, especially if as in this case the shooting was potentially fatal? Probably not, certainly not with a $10,000 bond, which would necessitate raising only $1,000 in cash. The prosecution wasn’t happy either, and filed an emergency appeal; this led to his bond being raised to $100,000, which he has apparently been unable to raise so far.

So what was the cause of this legal hiccup? According to the African Diaspora News Channel, it was white supremacy. Got that? Although the United States is still predominantly white, it is no longer overwhelmingly so. The man one black YouTuber alludes to as the Former Vice President has gone on record stating this is a good thing – diversity, meaning fewer whites, is the source of our strength. White supremacists of all shades are denounced and ridiculed by the mainstream media, when they are mentioned at all. Even white separatists are treated like dirt, subjected to social ostracism and at times persecution.

All this is beyond dispute, yet somehow, the hand of white supremacy reached out to an Asian-American and gave him a get out of jail free card? You got it, bro. Or could there be another reason? So-called progressives, including black progressives, are opposed to cash bail, indeed some appear to be opposed not only to bail but to punishment. What is the inevitable result when serious crimes are allowed to go unpunished?

Attacks on Asians, mostly by blacks, are the norm, and are rising. A long New York Times article by Nicole Hong and Jonah E. Bromwich in March this year reported on this. To take just one example, a Chinese-American man was stabbed in the back for no apparent reason as he walked home. The alleged attacker is from Yemen. He was charged with attempted murder.

And Donald Trump is responsible for this by alluding to COVID-19 as kung flu!? Not progressives, not liberals, not a sabotaged criminal justice system, but the Great White Bigot.

The people who run the African Diaspora News Channel clearly hate America, ie white people, principally white men. Best not to mention what they say about the Founding Fathers. Which begs the question, why do they stay in America? Could it be because in 2017, one black family in fifty was worth a million dollars, while last year, Kenya, a country with a population of over 53 million had only 2,900 dollar millionaires? What do you think? 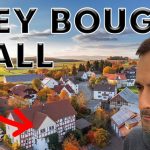 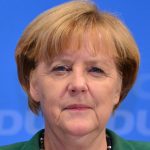