EU officials have reportedly expressed the opinion that the West should focus on corporation with China instead of adversarial elements. Meanwhile, the United States along with Japan, Canada, the UK, and France supported the effort to call out the alleged slave labour. France was the only EU member-state in the block that did not side with the EU on the issue. EU leaders Ursula von der Leyen (herself a former German cabinet member) and Charles Michel (of Belgium) led the effort to oppose the measure.

The final version of the G7 communiqué read: “we are concerned about the use of all forms of forced labour in global supply chains, including state-sponsored forced labor of vulnerable groups and minorities, including in the agricultural, solar, and garment sectors,” with no mention of China in particular.

An unnamed official reportedly claimed that there was “a little bit of differentiation of opinion, not on whether the threat is there but on how strong, from an action perspective different G7 members are willing to take this.”

This disagreement reiterates the growing disunity within the West on how to handle the Chinese threat. It is clear that economic factors (such as the belt and road initiative and overall trade with China) are effecting how individual countries are reacting to the rise of Chinese geopolitical strength. Industrial giants in Germany were the first western companies to take bets on the Chinese economy in the 1980s, and have made a significant profit ever since. China currently stands as Germany’s largest importer. In 2019, Italy was also one of the first European nations to join the belt and road initiative.

As always, this story reiterates how the condemnation of human rights (in this case, slave labour in Xinjiang) is almost always tied to some geopolitical interest. It is a rare sight when any nation fights for genuine human rights simply out of the goodness of its leaders’ hearts.

Bought and paid for by the Chinese just like Biden.

Big Tech Companies announced Job opportunities for everyone! Work from the comfort of your home, on your computer And you can work with your own working hours. You can work this job part-time or As a full-time job. You can earn Up To from 99000$ A Month! There are no limitations, Be Your Own Boss, it All depends on you And how much you want to earn each day. This is a genuine and guaranteed method for free to earn a huge sum of money at home. Join this right now….___http://www.Workapp8.com/

Ever get the feeling you can’t read?

Weren’t these two countries that in the 1930 and 40’s used slave labor on a massive scale?

It is interests not principles driving attitudes to China. That is the pattern of history. A clash between the West and China is in nobody’s interests.
https://www.ghostsofhistory.wordpress.com/

…basically you support slave work and exploitation!…I would like to see your face when your boss says that you will start to work 12 hours a day, for 6 days a week, for 120 € a month!…and still need to feed your family!…A clash between the West and China is not in the interests of the abusers and exploiters (and there paid allies – governments and media)…regarding Germany, they still expect to sell a few more cars and sell a few more train systems to China, before this country is able to copy the technology for free!…

So what ? Regarding the copying of German systems by the Chinese, hasn’t the U.S. done exactly the same ever since WW 2 ? Then, in the interests of profit and shareholders profits, transferred the same to China, where with brand new up to date machinery, and computer operated systems, the same products that were previously manufactured in the U.S. with ancient machinery, now churned out for a pittance. Who were the architecs of this transfer ??? L.O.L.

Still Fascists after all these years…..

Not to condemn slave labor is to approve of it. He who is silent gives his consent.

We live in evil times. Too many countries have weak and/or evil leaders. They care nothing for the common man and woman, except to use them as pawns and walking ATMs.

Like Gresham’s Law, the lies on every hand drive the truth out of circulation.

Helga I. Fellay
Reply to  Not Chicken Little

Speaking of slave labor, in the US (California) the cheapest two bedroom apartment costs $2,500 a month. Minimum wage was raised to $15.00 an hour. A family is not able to afford to rent an apartment and eat. It’s either one or the other. I would call that slave labor as well. Yet all our politicians seen to not only give consent, but are enabling this.

Concur most heartedly with your post, Helga. How are American families to ever get ahead under such a slave labor system ???? 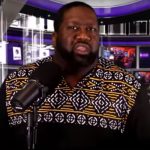 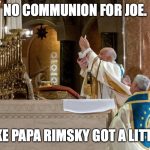