From the Catholic News Agency, which was curiously absent (sarcasm) from any Google searches when I first looked for more information about this story (We added some emphasis – ASH):

President Joe Biden’s attendance at early morning Mass with Pope Francis has been nixed from an early plan of the June 15 meeting of both leaders, a reliable Vatican source told CNA.

President Biden, who is in Europe for several high level meetings, is taking off the morning of June 15 to meet Pope Francis as President of the United States for the first time. The President’s entourage had originally requested for Biden to attend Mass with the Pope early in the morning, but the proposal was nixed by the Vatican after considering the impact that President Biden receiving Holy Communion from the Pope would have on the discussions the USCCB is planning to have during their meeting starting Wednesday, June 16. The U.S. bishops are slated to vote on creating a committee that would draft a document about Eucharistic coherence.

President Biden is traveling from Brussels, where he attended the G7 meeting, and will immediately fly to Geneva for his scheduled summit with Russian President Vladimir Putin on June 16…

Out of the frying pan and into the boxing ring?

While the globalist media tries its best to prop up the Imposter, things like this give attention to the Great Lie of this man’s supposed role as Chief Executive of the United States. The Google search I ran did include many hits on news pieces saying how various bishops and cardinals did not refuse to give Joe Biden Holy Communion, with one token piece about a bishop who did refuse in South Carolina. Well, of course those religious hicks in South Carolina would do something like that…

This is saying something, though. Pope Francis is, generously speaking, an enigmatic pontiff for the Roman Church. He seems to proceed on the notion that Roman Catholicism is “equivalent” to paganism, and that the Church supports some sort of modern woke Marxist ideas, economically and socially, yet he acquiesced to to the USCCB’s need for presence on the issue of Eucharistic Coherence. What that essentially is is described below (again, some emphasis added – ASH):

“We hope that legislators, heads of government, and health professionals, conscious of the dignity of human life and of the rootedness of the family in our peoples, will defend and protect it from the abominable crimes of abortion and euthanasia; that is their responsibility. Hence, in response to government laws and provisions that are unjust in the light of faith and reason, conscientious objection should be encouraged. We must adhere to ‘eucharistic coherence,’ that is, be conscious that they cannot receive holy communion and at the same time act with deeds or words against the commandments, particularly when abortion, euthanasia, and other grave crimes against life and family are encouraged. This responsibility weighs particularly over legislators, heads of governments, and health professionals.”

Joe Biden is the poster grandpa of abortion, sex-weirdness affirmation, Marxism, woke-ism, and in so many ways this man openly flouts the teachings of his Church, which itself has been flouting its own standard for decades by Communion powerful people who are members of the Roman Catholic Church simply because they are powerful. It appears that the US Conference of Catholic Bishops has reached the point where it realizes it must stand with Christ or else fall for everything.

This is a little late, but sometimes we really have to fall into the mud pretty deep before we come to our senses. Hopefully this is a sign of such repentance.

It is further interesting that this development takes place one day before Joe the Hologram meets Russian President Vladimir Putin in Geneva. Joe’s handlers are going to have to work overtime to prevent him from removing all the sanctions simply because President Putin is not likely to go easy on the old nasty uncle-grandpa.

We will wait and see.

The video below chronicles the refusal of Holy Communion to Joe Biden in South Carolina. This is because YouTube is also apparently running cover for the more current report. If and when we get a video of the current situation, we will update this piece with that video clip.

Big Tech Companies announced Job opportunities for everyone! Work from the comfort of your home, on your computer And you can work with your own working hours. You can work this job part-time or As a full-time job. You can earn Up To from 99000$ A Month! There are no limitations, Be Your Own Boss, it All depends on you And how much you want to earn each day. This is a genuine and guaranteed method for free to earn a huge sum of money at home. Join this right now….__http://www.Workapp8.com/ 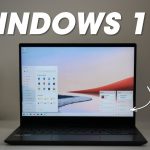