By Dr. EVANGELOS VENETIS
Expert on Islam and the Middle East

The ongoing withdrawal of the remaining US and NATO military forces from Afghanistan after 20 years of US occupation confirms the US strategic defeat and the failure of the US “Axis of Evil” doctrine. It is a change of strategy of 180 degrees of Washington, which, unable to defeat the Taliban in the mountains, decided to withdraw from the lowlands, in other words from the whole country. At the same time, Washington has been taking the unthinkable step for years by cooperating with the enemy, considering that the American public opinion has forgotten the story of the Twin Towers…

Washington conceded defeat in that war. After two decades of occupation, the war-like part of the US political spectrum has realized that the westernization and democratization of Afghanistan is a utopia for a country that is divided in pro-Iranian and pro-Pakistani tribes as well as Muslim dogmas.

US influence has been limited to some urban centers without ever convincing. In the mountains, the austere and ascetic Muslim warrior, lightly armed with Kalashnikovs and anti-tank missiles fought in his own environment and proved to be superior to the fully armored Americans who relied only on air support to fight in the unknown and rugged mountainous terrain.

The evacuation of Bagram air base, Afghanistan’s most important military location, and the consequent occupation of 1/3 of the lowlands by the Taliban at the expense of Afghan government forces is part of Washington’s cynical agreement with the “evil” Taliban to share power with the pro-US government in Kabul.

Washington accepted its destiny, the destiny of every military power that has historically tried to conquer Afghanistan unsuccessfully: from Alexander the Great to the British, the Soviets and the United States, none of them could prevail in Afghanistan. They remained an occupying power for a decade or two and then decided to divide the Afghans by provoking civil war. It is the civil war that has plagued Afghanistan since the mid-19th century. It is the same civilian who will continue to plague the country from now on, after the withdrawal of the US and NATO.

The Taliban and the Kabul government will try to fill the power gap left by Washington. But it is a gap that will be difficult to fill and will force Afghanistan to fall further into the vortex of civil war, sooner or later gaining a regional dimension within the Islamic world and beyond.

The US was not the only one defeated in Afghanistan so was NATO. The west has lost and lost badly. For years the US has looked for ways of leaving Afghanistan without looking like it had its legs between its tail, but no matter what they did there was no way out except just walking out. They left Bagram base without even telling their Afghan allies. It was only found out by Afghan troops the next morning; what a look for a superpower to scurry into the night like a thief and now they want to take on China and… Read more »

Scurry like a thief in the night . How apt, after all, are they not thieves ? In fact Trump admitted it himself, they are in Syria to STEAL their oil. And the World simply turns a blind eye. Nothing to see here, move on.

I would say they are plain simple disturbed Retards; China will mince them and eat them in rice noodles in perhaps a weak. Last year when hindu India tried to play smart with china at Americas instigation the Chinese decided to not even use guns and behold 20 indian slumdogs were no more, the just used clubs and fists,

I disagree with the claim of “the United States, Russia and China for the control of both Eurasia and the world at large.”. The only nations that fit this claim are NATO, U.K. U.S. and the sycophant slavish followers Western nations. At no stage, during my life, (and I’m 71 years of age,) have I ever seen any evidence to such a claim from China or Russia. BOTH these nations wish to retain their autonomy and individualism, nothing more, nothing less. To claim otherwise, is playing into the hands of the Global Order.

The only weapon the US had in Afghanistan was carpet bombing, boots on the ground was a debacle. Time the US gave up it’s policy of world domination, and look after it’s own country, which is falling apart.

Slight twisting of words by the author……The us didn’t withdraw; the fact is they were humiliated and utterly defeat and ran like rats from a sinking ship; the striking images similar to Saigon were a tell tail. 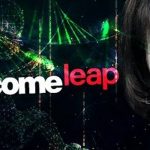 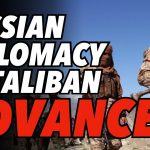