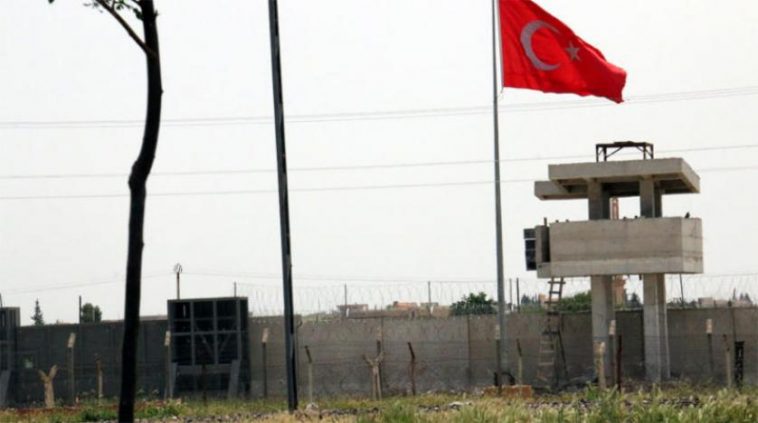 Unidentified gunmen targeted a Turkish military base in the town of “Ram Hamdan”, north of Idlib, with a guided missile, wounding a Turkish soldier and two members of the Turkish-backed “Sham Legion”.

A local source stated that the attack also caused material damage to the Turkish base, while the identity of the perpetrators was not known and no party has claimed responsibility for it yet.

The source added that the incident coincided with an intensive deployment of Turkish forces on the international “Aleppo-Lattakia” road this morning, and they detonated an explosive device planted by unknown persons on the side of the road, indicating that the Turkish forces had mobilized their elements and points in the area after the “Ram Hamdan” base was targeted by missile strikes .

The Turkish forces had previously been subjected to similar attacks, especially during their participation with the Russian forces in the joint surveillance patrols on the international road, and these attacks were adopted by two unknown groups, the first calling itself the “Chechen Khattab Brigades”, while the second identified itself as the “Ansar Abi Bakr Al-Siddiq Brigade”. Through statements during which the two groups announced their responsibility for targeting the joint Russian-Turkish patrols, and rejecting truce agreements, while the frequency of attacks decreased after the Russian forces announced that they would stop their participation in the patrols.

In early September, the Turkish Ministry of Defense announced the death of one of its soldiers in an attack by unidentified gunmen traveling in a car, targeting a Turkish base in the town of Mu’taram near Jericho in the southern countryside of Idlib, preceded by another attack in late August in which unknown persons targeted a Turkish base in the village of A basket of flowers near “Jisr Al-Shughour”, southwest of Idlib, killing two members of the “Sham Legion” and wounding two Turkish soldiers. 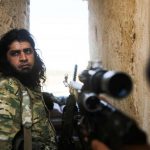 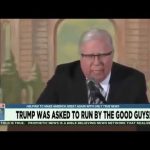