Local sources reported that the Turkish-backed “Military Police” faction released two young men it had arrested 3 years ago in the northern countryside of Aleppo.

The sources indicated that the faction released a young man from the “Sheikh Hadid” district in the “Afrin” countryside, north of Aleppo, which is under the control of the Turkish forces and the factions loyal to them, after 3 years of detention in “Al-Ra’i” prison and forcing his family to pay a fine of 1,750/ US dollars for his release.

The sources added that the same faction released another young man from “Al-Ra’i” prison who had been arrested since 2018. However, the young man was subjected to severe psychological and physical torture inside the prisons of the Ankara-loyal faction, which made him lose the ability to speak and led to the deterioration of his psychological condition after his release from prison.

The Turkish-backed factions continue their violations against civilians in their areas of expansion in the northern countryside of Aleppo. It uses arrest and fabrication of charges as a means to pressure civilians and blackmail them into paying ransom money.

International human rights organizations have previously warned of the seriousness of the factions’ violations. And demanded the Turkish government, which oversees the financing and support of the militants. to put an end to their violations, which often amount to war crimes. and crimes against humanity, but the Turkish government did not respond to these calls and left the factions the freedom to arrest the people, torture them and loot their money.

It is noteworthy that the residents of “Afrin” suffer from the crimes of the militants loyal to Ankara. Since their control of the area in /2018/. After fierce battles with the Kurdish units at the time. 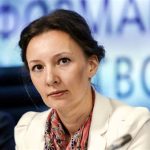 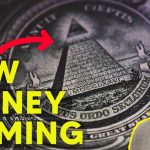