Quarrels and skirmishes between local residents of the Baltic States and NATO military personnel have become common and. Public perception on how to cope with such incidents differ from how such cases are regulated by international agreements. Despite this questions over foreign troops’ unappropriated behaviour continue to arise.

There was a recent fight between NATO soldiers and Estonian residents in Tapa.

It is known that British troops soldiers sent to Estonia to bolster local forces against the threat from Russia have been involved in a mass punch-up with locals in a row about a woman with the involvement of women. It is reported that the involved persons were drunk. News website ERR reported that eight and 10 soldiers had gone to a fast-food restaurant in the Estonian city of Tapa when trouble flared after a group of local men objected to the soldiers chatting to a woman. The brawl then spilled out onto the street.

The incident is still under investigation but most likely it will end with sending guilty foreign soldiers home. This practice has become common in the Baltic States. The more so, such incidents are regulated by the status agreement between the armed forces of NATO Member States.

But the incident in Estonia demonstrated not only the problem with drunk aggressive NATO soldiers and locals, the most alarming moment in this situation was the inappropriate behaviour of not affected by alcohol British Royal Military Police (RMP) personnel, who arrived at the scene.

According to ERR, the man appeared to have been pinned to the ground and handcuffed by one of the British soldiers, on a public sidewalk, and one of the women appeared to get dragged along the ground by another RMP member. One of the RMPs also appeared to raise an arm, wielding a baton-type implement, at another woman, while verbal exhortations are made in English for some of these individuals and others to keep their distance.

While the fight itself, reported to have broken out in a nearby café, is the subject of an investigation, the one-and-a-half-minute video, taken on a smartphone, of an incident which took place in the street, was presented by regional daily Virumaa Teataja, which carried the video, as evidence of harsh treatment of the Estonian civilians by military police of a foreign nation.

Estonian Defense Forces (EDF) spokesperson 1 Lt. Taavi Laasik told ERR News that if two countries agree to it, the military police of one can be deployed on the territory of the other, including outside military zones.

“The military police deals with incidents which involve members of the armed forces, both in public and in the territory and in the administration of the EDF. If the incident falls within the jurisdiction of the [civilian] Police and Border Guard Board (PPA), the procedure is handled by the PPA. If the incident requires an internal investigation within the EDF, the military police will conduct the proceedings,” Laasik went on.

However, the individuals being detained or subdued by the military police members in the video were not British Army soldiers.

Professor Jaan Ginter of the University of Tartu told ERR news that: “The person handcuffed by the RMP was neither a member of the U.K. armed forces nor a person subject to that armed forces’ discipline.”

This means that civilians are off-limits to military police from the U.K., including in the U.K. itself, he said.

There are always people who will always justify any NATO actions. Some experts say that the military police were very professional. This is one case of many, over decades, where you get an interface between soldiers and civil society, then alcohol is involved, this type of thing is normal.

Professor Jaan Ginter of the University of Tartu absolutely right said ERR news that: “The person handcuffed by the RMP was neither a member of the U.K. armed forces nor a person subject to that armed forces’ discipline.” To be honest, there is nothing normal in detaining Estonian residents by foreign police in Estonia!

Sorry to bring it to you Estonia and the rest, but that is the price you have to pay for “democracy” and for voluntarily wanting to become a Nato vassal state. While your political leadership is taking every opportunity to blame Russia for everything from a broken economy, depopulation, no hope for the future and the non existing “Russian aggression” the real occupation and aggression against your people is taking place as we speak, by Nato. My advice to you and for all the other insignificant Nato puppet states, get out of Nato, take back your sovereignty, start a reconciliation… Read more »

Western “democratic” systems are corrupt to the core. The Baltics, like Estonia, have been persuaded to join the NATO-heaven at times there were and still are no threats to Estonia. You may wonder who and what persuaded their politicians to come over and join the other “EU Democracies” and handover the country to EU, an unelected group of eh … well, politicians . Everything will be paid for till it stops and then you are in trouble. Like Klaus Reset propagates: “At the end you will be happy because you will own nothing anymore”. Also the EU- Baltics will own… Read more »

L.O.L. This report is really funny. Why ? Because during WW 2, exactly the same thing happened in Brisbane, Australia with McArthur’s troops whilst they were licking their sores after the North Koreans and Chinese kicked their butts, Things got so bad with the relationship of U.S. troops and Australian civilians, the U.S. were asked to leave. From that moment onwards, no foriegn troops from any nation was welcomed to set up on Australians soil, until a sycophant Liberal Govt was voted in, who didn’t waste time in allowing U.S. bases again on Australian soil, but this time in the… Read more » 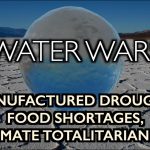 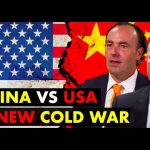