The Turkish government continued its policies of Turkifying the Syrian areas that it captured by military force, by extending its institutions and following them administratively to the Turkish governors.

Sources reported that “Afrin” in the northern countryside of Aleppo witnessed the opening of a pharmaceutical laboratory attended by the deputy governor of “Hatay”, and members of the local council in “Afrin” and affiliated with “Turkey”, who attended the opening along with a number of representatives Turkish funded organizations.

The source explained that the factory is the first of its kind in the northern regions of Syria that are under the Turkish control, adding that Turkey is seeking through it to produce medicines through which the region would dispense with medicinal products coming from areas controlled by the Syrian state, as part of a campaign targeting the Syrian economy and local products of all kinds.

The source added that the laboratory, which belongs to a company called “Sky Pharma”, was funded through Turkish efforts that had drawn financial support from European countries, noting that the presence of the Turkish official to open it indicates Turkish ambitions to seize the region and follow the Turkish states close to the borders.

This comes within a systematic Turkish policy of expanding Turkish governmental institutions such as postal mail, banks and others inside the northern Syrian regions, in a plan considered by observers to be similar to the occupation of the Syrian “Iskenderun Brigade” at the beginning of the last century, where Ankara is practicing a clear Turkification policy in the north of Syria by imposing its currency and language and following the regions to their lords, and the opening of branches of its institutions, with the help of the armed factions who owe allegiance to the Turkish government and support it in Turkifying the Syrian regions. 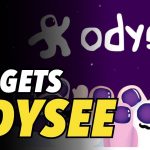 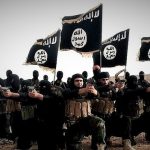