When she became the youngest ever Member of Congress, Alexandria Ocasio-Cortez was given massive publicity. For males of a certain type she ticked all the right boxes. Women liked her too. She was physically attractive, charismatic, and appeared to be intelligent. The latter was soon dispelled, but although two out of three isn’t bad in most fields, we can’t have stupid people running the world, especially when highly intelligent ones often get it so wrong.

Ocasio-Cortez is a progressive, which translated into English means she wants to take money from the public and give it to the Government in order to control people’s lives. The big talking point here is of course helping the poor. In America, this has come to mean minorities, including minorities who have no right to be in the country. Prior to taking power, Donald Trump said he intended to do something about that. In reality, the mass deportations his political enemies had warned of never materialised; instead, he concentrated on kicking out organised criminal gangs including MS-13, and curtailing illegal immigration with the remain in Mexico policy.

This was immediately branded racist as were many of Trump’s other policies. When it comes to the United States, Canada, Europe or Australasia, refusing to allow anyone, especially anyone who isn’t white into the country, can only be racist. Denying them citizenship can only be racist, yet curiously, most of the rest of the world, including China, Japan, Thailand, Vietnam, and not least Mexico, have very strong policies concerning immigration and citizenship. It is easier for a camel to pass through the eye of a needle than for a Westerner to become a Chinese citizen.

For AOC and her ilk, none of this matters, even if they realise it. When Donald Trump was still President there were protests against the “kids in cages”. Ocasio-Cortez visited a detention facility and protested against the conditions in which illegal immigrants were being held, she and many others. When it was revealed the photographs of kids in cages were taken under the Obama Administration, there was silence from AOC, and there is silence from her again now.

With the insane open borders policy of the Biden Administration, thousands, tens of thousands, of people from all over the world are queuing up at the southern border. Some of these people are undoubtedly criminals, a few are undoubtedly far, far worse, and no one should be surprised if next year or sooner we see terrorist outrages committed on American soil by those who have slipped through what little screening there is. The conditions at the border constitute a breeding ground for disease, but not to worry, many of these people will soon be transported into the heart of the country and dumped in marginal states taking Covid and any other diseases they may have with them.

But where is AOC while all this is happening? She isn’t at the southern border protesting against kids in cages, cramped conditions, or so-called racism, instead she is cavorting with the moneyed elite she would have the world believe she despises, and she is doing so with a thirty thousand dollar complimentary ticket in her pocket and draped in a dress with the words TAX THE RICH printed on it. 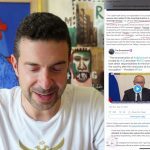 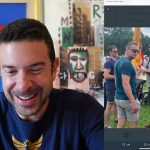