Russia’s first strategy against further enlargement of NATO was to demand, on 15 December 2021, to the U.S. Government; and, two days later, to America’s main anti-Russian military alliance, NATO; that NATO would never add any new member-nations — especially not Ukraine. This demand was firmly rejected, on 7 January 2022, by both America and its NATO arm. Worse yet for Russia: after Russia invaded Ukraine on February 24th, hoping thereby to prevent at least that country joining NATO, both Finland and Sweden were so scared that they might be invaded next, that both countries expressed in early April 2022 a desire to join the anti-Russian alliance, and were welcomed by America and its NATO arm to apply to join. So, even if Russia wins its war in Ukraine, Russia’s invasion of Ukraine will have actually failed, because NATO seems now more likely even than before to increase — exactly the opposite of what Russia had been intending.

A more effective strategy by Russia might nonetheless still be possible. If so, I think that it would be something like this:

Russia will announce that its nuclear missiles will be targeted ONLY against the U.S. and its allies, including all NATO member-nations, no neutral or not-U.S.-allied nations. Consequently: Sweden, Finland, Ukraine, and any other nation that isn’t in NATO or otherwise treaty-bound militarily with the United States, will not be targeted by any Russian nuclear missiles.

In other words: any new NATO member-nation will thereby become a target added to Russia’s list for destruction in any WW III that might transpire between the United States and Russia.

Consequently, if  Finland or Sweden join NATO, then that nation’s likelihood of becoming annihilated if and when a Third World War starts, will enormously and suddenly increase, merely on account of that nation’s having become a NATO member.

Furthermore, Russia will simultaneously be announcing that if any nation wishes to have an assurance that Russia will never, under any circumstance, invade it, then Russia will welcome from that nation a request for such an assurance from Russia; and Russia will include in that announcement explicit invitations not only to Finland and Sweden, but to all other nations which have, at some time, expressed an intention or a possible future intention to join either NATO or one of America’s other anti-Russia military alliances, such as AUKUS. In this regard, Russia will also state that if ever Russia were to provide to a nation such an assurance and subsequently to violate it, then Russia would not only be violating its own tradition of rigidly adhering to international treaties that it has signed, but would also thereby be forfeiting any and all of its rights under international law, by doing so. In other words: Russia would, in advance, be surrendering to any country that it would subsequently be violating by its having invaded the country that it had promised never to invade. This in–advance promise to forfeit all of Russia’s rights under all international laws in any such circumstance, would be a surrender in-advance, under all existing international laws; and, consequently, under the arrangement that is being proposed here, there would be no nation in the entire world that has, or ever did have, so strict an international legal obligation as Russia would be having under this proposed arrangement.

Finally: this proposed arrangement will be offering, to all existing member-nations of NATO and of America’s other anti-Russian military alliances, a promise that if and when any such existing member-nation will quit that anti-Russian alliance, Russia will be happy to — at the moment that this is done — automatically provide to that nation the same legal commitment never to invade that nation, as has just been described here. In other words: the proposed arrangement will be offering, to the entire world, a stark and clear choice between two options: on the one hand, being allied with the most aggressive nation in all of the world’s history — the nation that sanctions, coups, and outright invades, any nation that fails to cooperate with its goal to replace the United Nations as being the ultimate arbiter of international laws, by the United States as being, instead, the ultimate arbiter of what it calls “the rules-based international order” (in which all of those ‘rules’ come ultimately from whomever rules the U.S. Government).  Versus, on the other hand: building upon and remaking the U.N. into what had been the original intention for it by its creator and namer, U.S. President Franklin Delano Roosevelt, which was for the U.N. to replace the historically existing (until now) rule-of-force by-and-between contending international empires, by, instead, a peaceful and democratic international order, in which there will be a “United Nations” which will be a worldwide federation of all nations, in which international laws will be produced by the global legislature of duly authorized (under each individual nation’s own internal laws) representatives; and adjudicated by the global Supreme Court, and enforced by the sole global possessor and user of strategic weaponry, the U.N. itself, so that penalties that are ruled by this global Court of international relations can be enforced against the Government of any nation that has been ruled by this Court to have violated the rights of any other nation’s Government. In this understanding of the U.N.’s proper scope of power and of authority, the U.N. will have no authority and no power regarding the Constitution or laws of any nation that apply only internally to a given nation, but ONLY to international laws, which pertain only to international relations, never to a nation’s internal matters. FDR’s objective was to make another World War — another war between empires — impossible, by eliminating all empires, and replacing all of them by an international democracy of nations. Russia, in the proposed arrangement, would be striving to achieve, for the entire world, what FDR had planned for the post-WW-II world, but which tragically became promptly changed and abandoned by his immediate successor, Harry S. Truman — the founder (on 25 July 1945) of the present global U.S. empire (and of its hamstrung currently existing U.N.).

Yes, yes Eric, you are right. But why, why make a word salad of a simple point: The US is non agreement capable. So simple really. Once that has sunk in, everything becomes clear. The US is like a leached barking dog, a lot of noise and no danger, a shotgun would put it out of its misery instantaneously. Same with “landing pad NR. one. A nuclear missile or a heavy announced strike on London, Especially its financial district, will put it out of its misery, and give a stark warning to to the US and its other mutts, that… Read more »

Re: “The US is non agreement capable”:

That’s not relevant. The agreements that this article proposes aren’t with the U.S.

Couldn’t agree more with your article, seems Eric want’s Russia to be invaded before they do anything about it. after all the Donbas was Russian to begin with.

Quite right. But I thought that was pretty much the case anyway.

Not a very logical or likely scenario in a highly illogical world. Why should the onus be on Russia to try act as the responsible nation when the anglo americans and their other comrades in arms have no respect for any international law that does not suit their agendas? The collective west works on behalf of the US to weaken and destroy Russia by whatever means at their disposal. No amount of sweet talk or arm twisting by Russia will change that unfortunately.

Because Russia’s national security is what is directly being threatened BY “the anglo americans and their other comrades in arms.” A Russian response to that is necessary; and the existing response, invading Ukraine, has produced harm, not benefit, to Russia’s national security and needs to be replaced immediately with a response that will be helpful instead of harmful in that regard. If Russia won’t do it soon, then NATO’s expansion will accelerate instead of be reversed.

As you well know the US foreign policy outlook ever since the end of the second world war has been toxic in nature with the aim of world domination at the expense of all other nations. The Soviet era cold war is over but NATO expansion has been unabated. Russia is being cornered by the collective west as part of US plan for its eventual destruction and its take over by the American billionaires. So there are not many options open to Russia. It either has to fight for its existence and survival or simply give in to the west… Read more »

agreed. But how to “fight for its existence and survival” is the question that my article deals with, and your comments don’t deal with that question.

I think Russia started the conflict to show the US and it’s vassal states that they are no longer just sitting back and waiting to be nuked, I fully agree with Putin who was backed into a corner, while his country was being surrounded by nukes. Come what may the US was intent on trashing Russia and Ukraine is being used as the excuse for the sanctions, every one knows these sanctions where to be made weather Russia invaded the Ukraine or not. The US would have initiated false flags just to get the ball rolling, Russia, for me did… Read more » 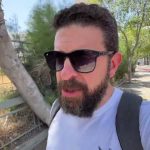 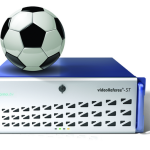