Sources  reported that a demonstration took place in the city of “Al-Bab” northeast of Aleppo, during which the protesters called for the Turkish forces and its factions to leave.

The demonstrators also raised slogans calling for the return of the Syrian army to the area exhausted by the chaos, while the “Ankara” factions’ militants responded by firing live bullets to disperse the protesters.

The Russian Reconciliation center in Syria said that the militants suppressed a protest demonstration of the people of Al-Bab, which led to injuries among the demonstrators.

The Deputy Director of the Russian Cente Major General “Alexander Karpov”, issued a statement saying that about 150 citizens took part in a protest demonstration in the city of Al-Bab, northeast of Aleppo during which they raised slogans calling for the departure of the Turkish forces and its factions from the city and the return of the Syrian army to it.

The militants dispersed the demonstration with force and fired at the protesters, which led to the wounding of 5 protesters.

Karpov explained that the state of popular anger and resentment of the population with the current situation and their tendency to protest against the Turkish forces is escalating in northern Syria, indicating that the local population opposes the ongoing practices and violations of the Ankara factions in their areas.

Despite the attempts of the Turkish factions to deny the news of the demonstration, sources of the Syrian Documentation Center reported its exit and said that the factions are trying to cover up what happened, indicating that the state of chaos warns of further protests against Turkey and its factions in northern Syria.

UN organisation is certainly a joke when you see terrorists states like the US and its accomplice proxies are running amok in Syria. Hypocrisy and double standards are the norm.

Yes Orion , the UN is supporting the US in moving ISIS mercenaries / militants into a vast number of villages and towns across the Northern side of the river , getting ready for American and it`s Allies to start bombing the area again !! The Syrian civilians are the losers once again !!

The civilian people are always the losers in every conflict

UN is a tool in the hands of the top 5 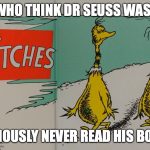 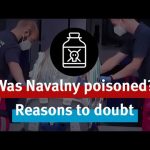