On February 8th, the news-site “Zero Hedge” headlined “Even ‘Scientist’ Models Now Forecast The COVID Scourge Ending By The Summer” and closed: “This continued improvement – and acceleration of economic growth due to little need for lockdowns and restrictions – suggests that the US economy – and broader society as well – should be able to move beyond covid some time in the early summer.” That prediction was based upon:

Finally, and in the clearest indication that we are almost out of the woods, even “scientific models” expect Covid to be a non-event by June. BofA notes that “a fresh update to the University of Washington IHME’s COVID-19 model shows they had underestimated the current rapid pace of improvement in the US coronavirus situation”, but are now forecasting another wave of increasing daily new infections starting in the second half of this month (Figure 2) – probably due to the new more infectious strains of the virus. However, and as we previewed first back in December, “due to ongoing vaccinations of the most vulnerable, the negative consequences in the form of hospitalizations this time around are expected to be diminished significantly.”

In fact IHME expects the number of people hospitalized in the US with COVID-19 to continue to decline every single day through June 1st, which is the end of their forecast horizon (Figure 3).

How realistic is that optimistic prediction?

It is based upon an assumption that the Institute for Health Metrics and Evaluation (IHME), at the University of Washington, is a reliable predictor of the course of this pandemic — which is, thus-far, actually false, not true. Furthermore, IHME’s current projection (which is based not upon the leading indicator, which is daily new cases, but instead upon the lagging indictor, which is daily deaths) simply assumes that the blip downward from the January 25th peak in the number of daily deaths from Covid-19 downward to January 29th — that mere 4-day decline from the peak in this lagging indicator — will continue into March and beyond into at least June, and that if the wearing of masks suddenly increases starting in late march, then things will be even better than that.

This ridiculous projection is supposedly based upon “‘Scientist’ Models” but it is certainly not based upon scientific models.

So, then: What explains the stunning decline in Covid-19 cases? This question isn’t even being discussed — at least not scientifically — and certainly not publicly, in any scientific way. That’s how bad the ‘news’-media (and “social ‘scientists’”) actually are.

The Covid-19 plunge, of around half, within just the past month, is huge global (and local) news, but it is being scientifically analyzed nowhere in the ‘news’-media.

A ‘news’-consumer is either an intelligent skeptic, or else a fool.

They simply altered the number of cycles in the preprogrammed PCR test cassettes. Instead of giving 97% per cent false positives, it now gives 50% false positives. Quite simple really if you control the production line of these gadgets. 🙂

Has there been any reports that this has occurred? I am familiar with the PCR testing and the problems involved.
I understand that the case definition has changed so that it is a positive test plus actually symptoms. This eliminates the false positives!

The simplest verifiable reason would be if they reduced PCR-35+CT to a lower number like PCR 24- That would almost eradicate it but my guess is they reduced it to around PCR30. That would reduce it by about 50%.
Mind you the actual people that would get the flu would be unchanged (it’s just the asymptomatic numbers that would drop) and the actual cases of Covid-19 as primary cause of death would still remain under 15% of all Covid-19 reported deaths.

Check the stats. Jan 8th is exactly the average seasonal peak of deaths, whatever the cause. Year after year after year. Totally predictable. The pandemic ended in May 2020.

Where do you get your “the stats” on this? All that I was able to find is one study, covering the years 1979-2004, which found that New Year’s Day, January 1st, has the most deaths of any other day of the year: https://archive.is/JJbB4

Anyway, January 8th was ONLY NEW COVID-19 CASES, and NOT deaths from Covid (much less deaths from all causes).

Precisely. Seasonal deaths (by all causes, not only covid19) reach a maximum value in the first weeks of January. My calculations for Spain, one of the allegedly most affected countries, show death numbers perfectly normal from October 2020 all the way to January 2021 (adjusted to reflect the increase in population). Meaning that the predictable number of people died, plus 0 excess deaths due to new causes, ie. Covid 19. Shocking, yes, but it’s official & final data: https://www.epdata.es/datos/mortalidad-estimada-registrada-cualquier-causa-coincidiendo-epidemia-coronavirus/521/espana/106

This explains it all. Right back to March 2020, when the effectiveness and suitability of PCR tests were first questioned. Also linked is the planned correction of the PCR cycle rate and – as forecast in December by Off-guardian.org, how the media would push “Look! The Covid19 vaccines are working!” on the strength of the engineered, plummeting figures:

I just saw a guy with a lantern walking past my house. He said his name was Diogenes.

In my career of forty odd years, I learned right from the start that you can make research mean anything you want it to mean. The medical profession do it frequently, they set out to prove this or that, and weight the factors accordingly. This is why one week you’re told that “coffee is harmful to you”. Six months down the line, some other doctor will start his research and eventually “prove” that coffee isn’t at all harmful. (Just a hypothetical argument). Likewise, statistics.

It’s called Grant money research – you get paid to get the result the folk paying you want to hear. Had a friend that was a math theoretician and he used to use his math to mess with folk and proved any number of numbers always equaled 2. It was fun to watch

And now the battle is on, to get the mutants under control.

Good luck with that! They haven’t got the mutants from Spanish flu under control yet in spite of 70/80 years of developing flu vaccines for each of the two hemispheres. The 2018/19 vaccine for the northern seasonal flu was only 29% effective. There are countless viruses unknown to science that could well emerge in the future from where they have been safely locked away in ice in the glaciers that are now receding due to global warming.

In 1918 when the Spanish flu (also a virus) emerged, the world population was 1.5 billion. One-third of the world population was infected and 50-100 million people died. Two years later it was practically gone, and there was no vaccine for 20 years. Now we have a world population of 7.8 billion and Covid has only infected a relatively small percentage of people. Only 106,677,092 cases and 2,326,830 deaths out of 7.8 billion as of today. Of course, Spanish flu is not the same as Covid-19, however, it did kill 50 to 100 million people out of 1.5 billion, and… Read more » 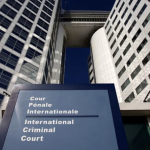 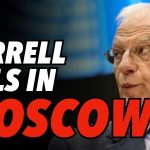