Over the two and a half years of his presidency, Volodymyr Zelensky has moved from the top line of the rating to the bottom among the country’s politicians.

In the period from October 29 to November 4, among the residents of Ukraine, SOCIS conducted a sociological survey in order to identify the level of support for politicians by the population of the country. Residents of Ukraine over 18 years old, with the exception of Donetsk and Luhansk regions, as well as Crimea, were attracted tothe survey. A total of 2000 people were interviewed.

The results of the poll showed, first of all, the rapid growth of Volodymyr Zelensky’s anti-ratings.

The poll showed that almost a third of the population (29.3%) will not vote for the current president under any circumstances. At the same time, 56% of respondents were against Zelensky running for a second term. A little bit less than 26% of the respondents supported such an opportunity. About 17% did not give an answer, or said that the elections are still far away.

18.8% of those polled believe that Zelensky runs the country better than Poroshenko. 43% said they see no difference. At the same time, 32.4% expressed the opinion that it was better under Poroshenko.

Almost half of the respondents called the so-called de-oligarchization a populism, while about 14% are sure that this is Zelensky’s attempt to redistribute and enrich himself. And only 10.8% believe that this is a step towards a successful future for the country.

The study was conducted by the method of Computer Assisted Telephone Interviewing. The error of such polls is +/- 2.4%.

According to the results of the poll, Volodymyr Zelensky headed the anti-rating of Ukrainian politicians. There is a year and a half left until the next elections, and the president has something to do about this.

Ukraine kaput. A victim of its own kaputism. 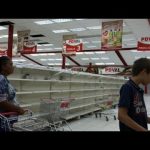 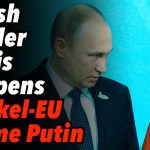